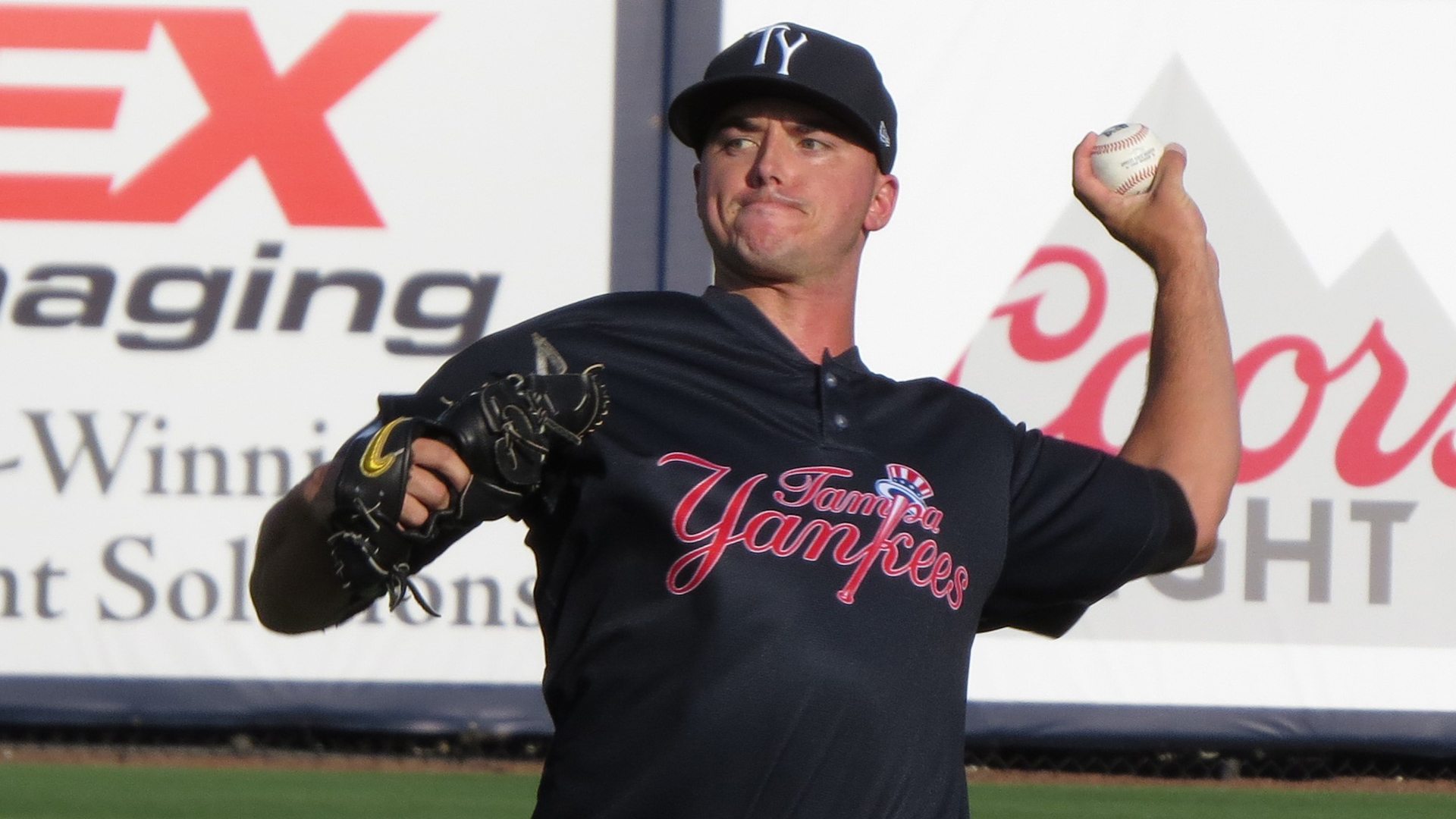 The Tampa Yankees took on the Bradenton Marauders again on the 14th, after splitting a double-header with them the previous day. Ian Clarkin was getting his second start of the season for Tampa; he got the Yankees their first win of the season in Lakeland in his first appearance. He gave up just one run in five innings that game and totaled four strikeouts that game.

Tonight’s game would be a pitching duel between Clarkin and Taylor Hearn. Despite a low 90’s fastball, Clarkin’s secondary pitches had Bradenton’s lineup confused throughout the night. Clarkin pitched six innings and had eight strikeouts with three walks and two hits.

Finally, a run broke through in the bottom of the fifth. Mandy Alvarez and Abiatal Avelino started the inning both with singles. Sharif Othman‘s grounder was enough to bring Alvarez home from third and give the Yankees a 1-0 lead. The Yankees would then add on to their lead the next inning. Jhalan Jackson would come on to pinch hit for Tito Polo and slap a ball through a gap for a single. Trey Amburgey followed with a two-run home run right over the left-field wall, giving the Yankees a 3-0 lead.

Those three runs were enough as the Yankees would get the win, 3-1. Jose Pena and Colten Brewer made appearances from the bullpen. Pena pitched 1 2/3 innings, he struck out three and gave up a run. Brewer pitched one perfect inning while recording a strikeout. The Yankees move to 6-4 on the season and look to take the series against Bradenton tomorrow with Zack Littell on the bump.