Shortstop Jorge Mateo will learn from his suspension. (Photo by Bryan Green)

After a heartbreaking loss in the 2016 Florida State League Championship, the Tampa Yankees are starting the 2017 season with a lot of news faces in the field and the dug out. With Patrick Osborn set to manage Low-A Charleston, High-A Tampa will welcome Jay Bell as new manager, along with Hitting Coach Eric Duncan, Defensive Coach Raul Dominguez, and returning from last season is Pitching Coach Tim Norton.

Just as they did before the playoffs, Tampa is losing a lot of players to Trenton this off-season, showing just how successful they were in 2016. Some names starting the season in Double-A Trenton will be Zack Zehner, Rashad Crawford, Thairo Estrada, Gleyber Torres, Yefrey Ramirez, Domingo German, and Matt Marsh. Those players were arguably the core of the Tampa team last season and it now opens up room for a lot of others to step up. Returning from last season will be Jorge Mateo, Jeff Hendrix, Tito Polo, Austin Aune, Connor Spencer, Josh Rogers, James Kaprielian, Domingo Acevedo, Ian Clarkin, and Jose Mesa. 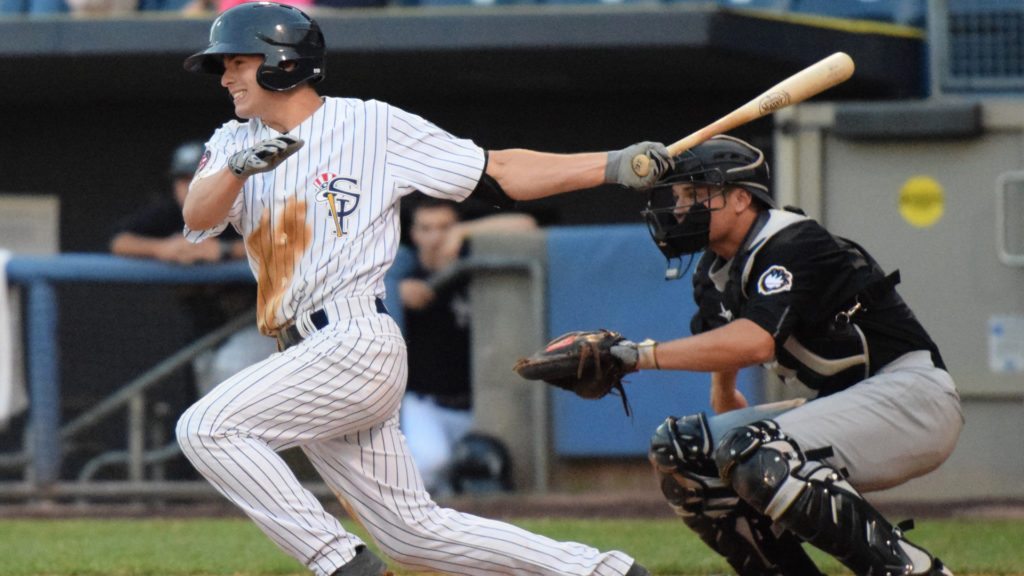 Nick Solak will be the second baseman for the Tampa Yankees (Robert M. Pimpsner)

New additions to the Tampa Yankees infield are Nick Solak, Mandy Alvarez, Kyle Holder, and Abiatal Avelino, as well as Matt Snyder come back to High-A Tampa to start the season. Avelino spent most of his 2016 campaign in Tampa last season, before ending it Double-A Trenton. Matt Snyder only played eight games last season, three with Tampa. Solak, the second-round draft-pick in last year’s draft, has already found himself in Tampa, jumping over Low-A Charleston. Solak slashed .321/.412/.421 in Staten Island last season. Kyle Holder, who also stunned in MiLB Spring Training, hit .290 in Charleston last season, and Mandy Alvarez (2016 17th RD-pick) who split between Staten Island and Charleston will join him as well. 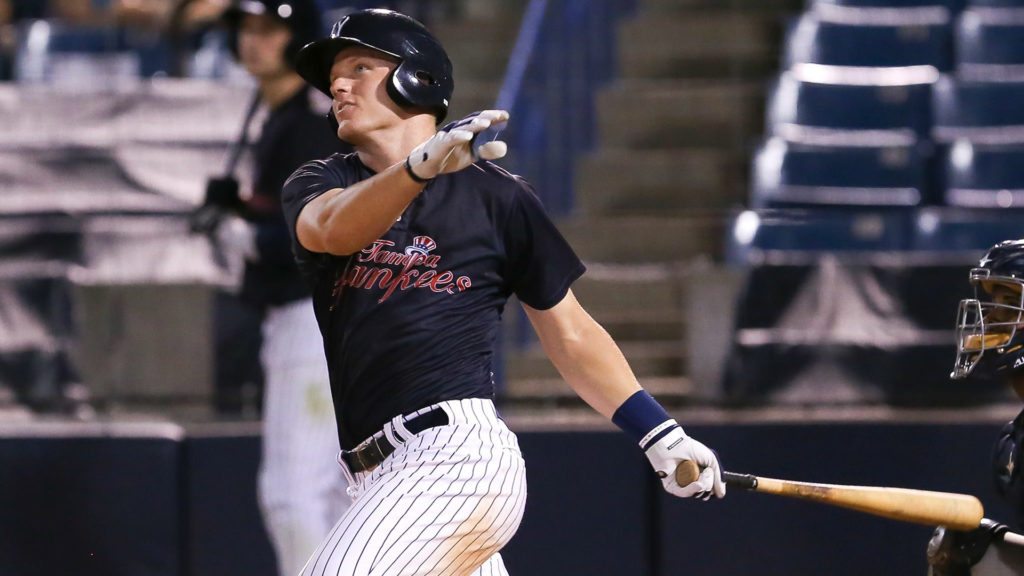 Trey Amburgey is returning to Tampa after getting his first taste of Double-A ball with the Thunder in the playoffs last year. (© Mark LoMoglio/Yankees)

It seemed the lineup was changing weekly last season, but the two players who constantly lead the team were Zack Zehner and Thairo Estrada, now that they depart, it’ll once be up to Jorge Mateo to lead the team to success, for his sake as well. It’s been well documented that Clint Frazier and Gleyber Torres have taken the headlines in the Yankees’ farm system from Mateo, and due to his lack of effective play he’s taken a back seat. The Yankees will have him getting time in center field now where they hope he can reinvent himself in the organization. Joining Mateo in the outfield, Tito Polo, Trey Amburgey, and Jhalan Jackson. Amburgey is coming back to the Tampa Yankees after spending the playoffs helping Double-A Trenton, Polo, who came over in the Ivan Nova trade with the Pittsburgh Pirates, starts his first full season in the Yankees farm-system. Jhalan Jackson, the only new-name in the outfield to start the season, was drafted in the 7th round of the 2015 draft. He spent all of 2016 in Low-A Charleston, and he will now start 2017 in High-A Tampa. Jackson provides some power to the Yankees’ lineup, something they didn’t have much of last season.

Domingo Acevedo headlines the pitching group, following will be Nestor Cortes, Taylor Widener, Josh Rogers, Zack Littell, and James Kaprielian. However, today we learned of James Kaprielian starting the season on the DL with elbow pain. There is no timetable on his return, or how serious the pain is, but it’s definitely a huge loss again for Tampa moving forward. Last year he started just three games for High-A Tampa, before getting shut down for the season. After the rotation the Yankees will have Jose Pena, Andrew Schwaab, Colten Brewer, Cody Carroll, Hobie Harris, and returning in the closer position Dillon McNamara.