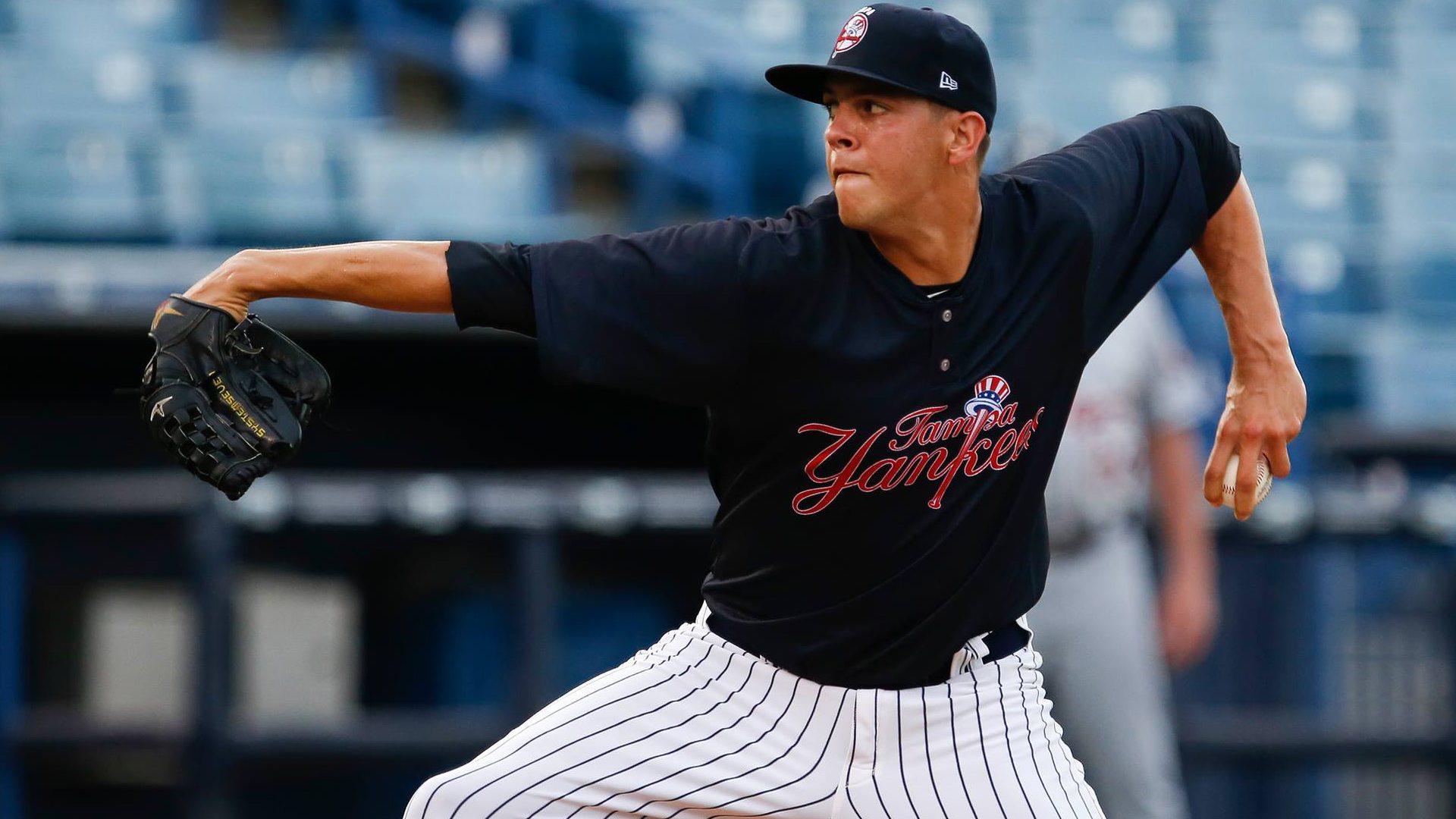 The Tampa Yankees head into the new week on a eight-game winning streak. This change has been fueled by what is the most complete team Tampa has had all season. The Yankees first half success was mostly due to their powerful lineup, and it was often the offense bailing out poor pitching performances. Following promotions of the players who were keeping the Yankees atop the Florida State League, the offense dwindled and the rotation went through it’s own changes with the bullpen staying the most consistent part of the team.

The Yankees limped into the second half and also started it very sluggish. The pitching was performing as new arms grew into their own, but there was little offense. Now the Yankees have once again found their stride and are back to the type of success they had in the first half, but with dominate pitching to compliment. The Yankees pitching is first in the FSL in ERA with a collective effort of 3.01 on the season. They lead in (least) ER, (most) strikeouts, WHIP, and tied for most complete games. In their seven-game winning streak, the Yankees are outscoring their opponents 30-8, and starting pitching has only given up four earned runs out of the eight.

Once Vicente Campos and Chance Adams were promoted, it opened up the chance for new names to take the lead in the rotation. James Reeves, Josh Rogers, Domingo Acevedo, and Yefrey Ramirez all have been lights out for the Tampa Yankees lately, and it’s no surprise a winning streak has started with the right run support. Reeves still has yet to give up more than two earned runs as a starter, Rogers hasn’t given up more than two runs in two months, and has five shut-outs in that span. Acevedo and Ramirez both joined Tampa in June and have been no easier of match-ups for hitters than Rogers and Reeves. Ramirez sits with a 1.96 ERA, and Ace’ with a 3.13. The Yankees success was coming before the Aroldis Chapman and Andrew Miller trades, but the players received from those deals are sure to help Tampa even more.

Gleyber Torres and Rashad Crawford were great additions to the Tampa lineup, Torres adding another versatile bat, and Crawford having the opportunity to be a key contact-bat at the one or two spot. Crawford gives the Yankees a speed boost they needed with Abiatal Avelino being promoted to Trenton. Coming to Tampa as well, but from the Miller trade will be Justus Sheffield, a 20-year-old left-handed pitcher from the Indians’ farm-system. Once Sheffield joins Tampa’s rotation it could very well boost Rogers or Reeves up to Trenton as they’ve had the most success with Ian Clarkin being out for the season.

This is just the start of new players about to head into the Yankees farm should ‘sell’ mode officially be under way. It’ll be enticing to see just how much better this Tampa team can get as it heads into the playoffs with what is a much more complete team.