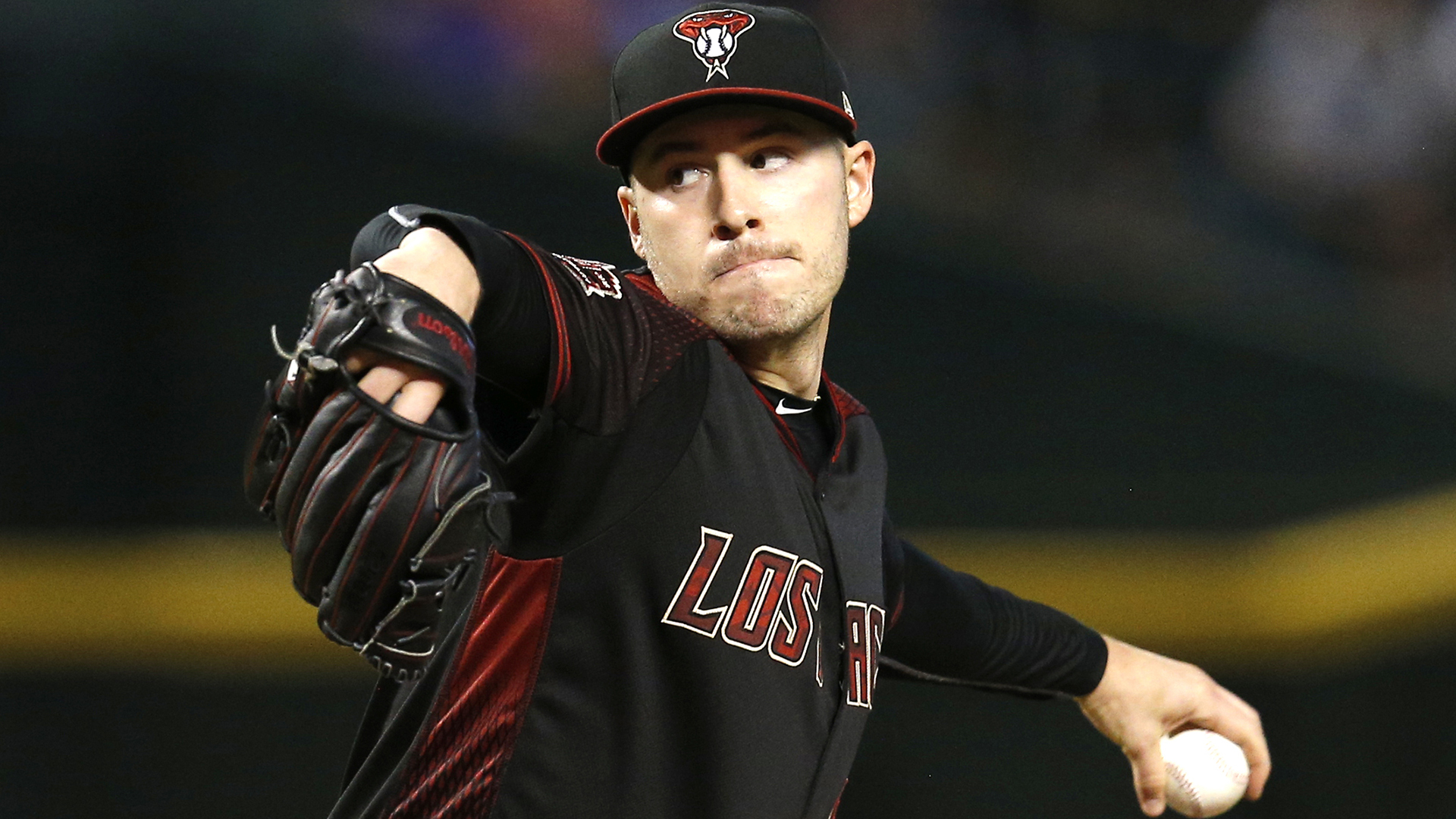 Note: This is part two of a five-part series on the New York Yankees and what we think they should do during the 2018-2019 offseason to better the team.  This series will take a look at the strengths and weaknesses of the team and identify the options the Yankees have internally and externally through trades and free agency.

It is no secret that now that the Yankees have gotten underneath the luxury tax cap for the first time since it’s inception that they will likely spend this offseason on free agents.   While the Yankees could go after a Manny Machado or Bryce Harper with that money it is much more likely that they will look elsewhere for help. 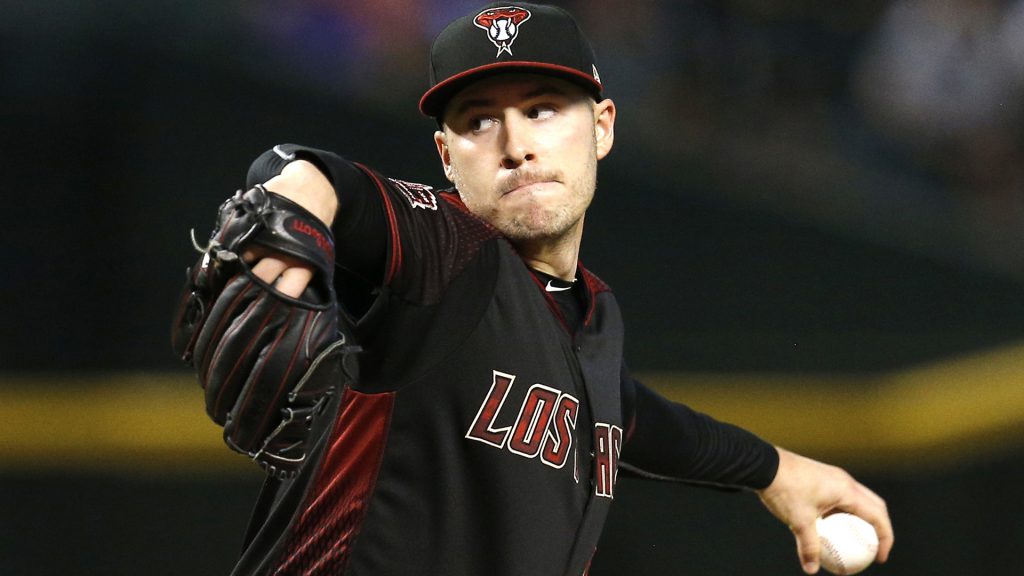 In all likelihood, this will be one of the Yankees’ main goals this offseason. Corbin, a left-handed 29-year-old starting pitcher who was selected in the 2nd round of the 2009 Major League Baseball First-Year Player Draft, is slated to be one of if not the most prized starting pitching free-agent on the market.

Corbin reinvented himself in 2018. He threw his fastball 11% less of the time, from 30% in 2017 to 19% this season, completely cut out his changeup, and increased the usage of both his Sinker and his Slider. In 2018, his slider boasted as one of the best in baseball. Due to his refined arsenal, Corbin notched his highest SwStr% of his career at 15.6% and netted his highest O-Swing% of his career at 38%. The Yankees, who are a team that seems to stress a sparring usage of the fastball, seem to be the perfect fit for Corbin.

It helps the Yankees that Corbin has made no secret of his emotional attachment to the Yankees organization. Corbin is a native New Yorker and grew up a fan of the New York Yankees. What does not help the Yankees is that there will be many suitors for Corbin. There are a lot of teams out there that could use a starting pitcher that is up to Corbin’s caliber, especially with the rather thin starting pitcher free agent market. 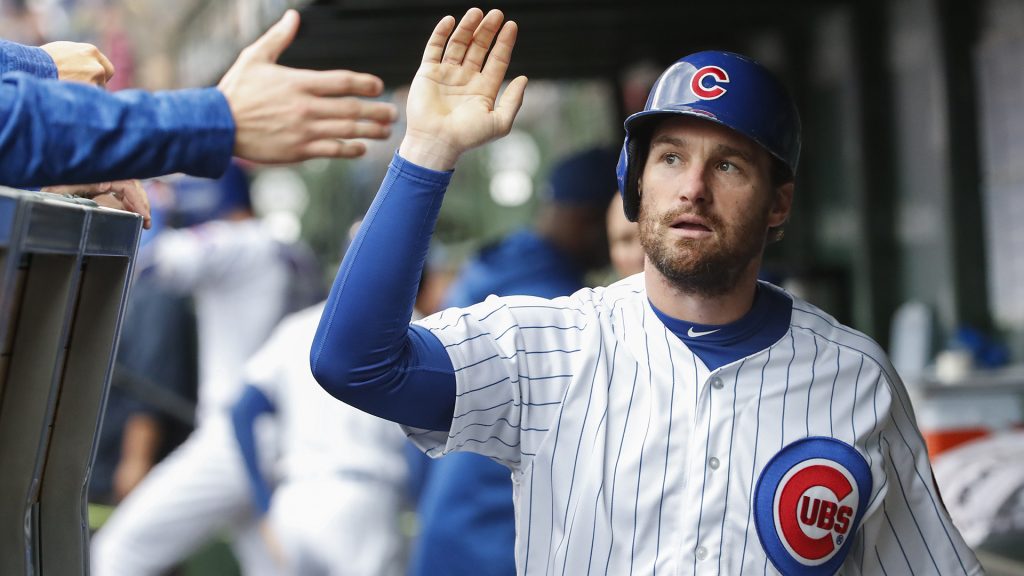 Chicago Cubs’ Daniel Murphy celebrates with teammates in a dugout after scoring against the St. Louis Cardinals during the first inning of a baseball game, Friday, Sept. 28, 2018, in Chicago. (AP Photo/Kamil Krzaczynski)

This would be one of the short-term, economical moves that the Yankees can make this offseason. Which will prove to be valuable if they were able to win the Corbin sweepstakes, and have to cough up at least $100 million over five years. Murphy only played 91 games this season, but in those 91 games, he slashed .299/.336/.454 with 12 home runs and 40 RBI.

Daniel’s signing not only provides what is estimated to be an affordable contract by today’s standards, it gives the roster a proven veteran leader who is also a clutch left-handed hitting stud for skipper Aaron Boone. He hits with runners in scoring position, is a table-setter, and leads by example off-the-field as he is one of baseball’s true “good guys.” Presumably, with the departures of CC Sabathia, the value of a positive veteran clubhouse influence cannot be underestimated.

This is the biggest no-brainer of the off-season. Happ was solid in 2018, going 17-6 with a 3.65 ERA in 177.2 IP. The oft-called “Red Sox Killer,” also tallied the highest K/9 of his career at 9.78. He is a great option for the Yankees, as J.A. is a solid left-handed arm that attacks the strike zone, isn’t susceptible to the long ball, and limits free passes via base on balls. He may require anything in the range from 13-17 million for two-plus years, but it will likely be a deal that the Yankees need to make in order to roll out a solid starting five on Opening Day. 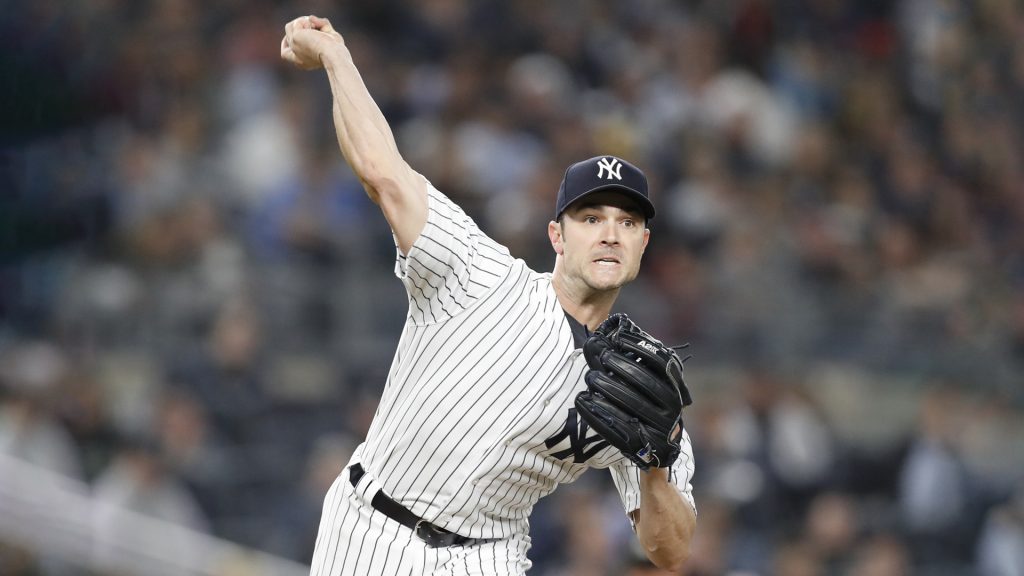 New York Yankees relief pitcher David Robertson throws to first to hold a runner on base during the seventh inning of a baseball game against the Boston Red Sox in New York, Tuesday, May 8, 2018. Robertson was the winning pitcher in the Yankees 3-2 win over the Boston Red Sox. (AP Photo/Kathy Willens)

David Robertson has been one of the most consistent relief pitchers in all of baseball for nearly a decade now. He sports a career 2.88 ERA and a career 2.90 xFIP and has been a 1.5 WAR player and has recorded ten or more K/9 in seven of his last eight years in the majors.

Robertson’s latest contract was a four-year 46 million dollar deal that he signed with the Chicago White Sox before the 2015 season. If the Yankees can ink Robertson to another similar deal, maybe for fewer years, then their bullpen would remain a strength with fellow relief aces in Dellin Betances, Aroldis Chapman, and Chad Green. 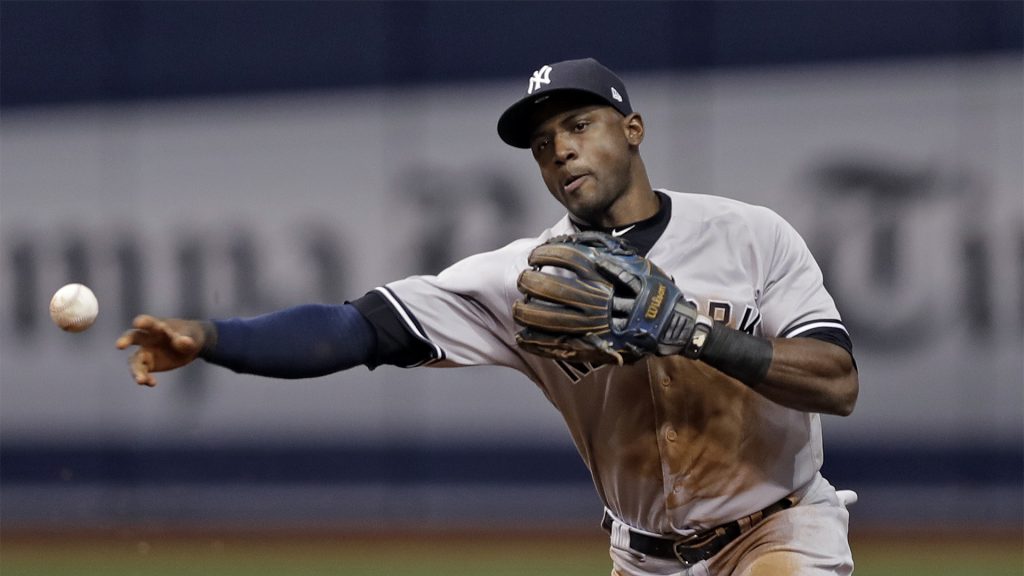 Adeiny Hechavarria is coming off of a one-year, six-million-dollar deal initially signed with the Tampa Bay Rays before last season. For that same relatively affordable price tag, the New York Yankees can add some solid depth to their Didi Gregorius-less defense until the slugger returns from the offseason Tommy John surgery that was performed just two weeks ago.

Hechavarria can flash the leather with the best of them and could potentially swing a consistent bat if he were to get the chance. The Cuban native was used as Gregorius’ replacement for a few weeks down the stretch and as a defensive replacement in the postseason for the Yankees and performed more than adequately.

While he may not be Manny Machado, Hechavarria is a superior defender and will come for over $300 million less. The contract that Machado signs will ultimately prove to be an albatross just like Alex Rodriguez’s, Mark Teixiera’s and Jacoby Ellsbury’s were/are. Yes, the Red Sox had a better team this past season, but that is no reason to overreact and sign the oft-troubled Machado. Use that money and invest it in our current Yankees, reward them because they deserve it. Sign Didi, Dellin Betances, Aaron Judge, Luis Severino, and company to long-term deals and keep them in pinstripes for years to come.