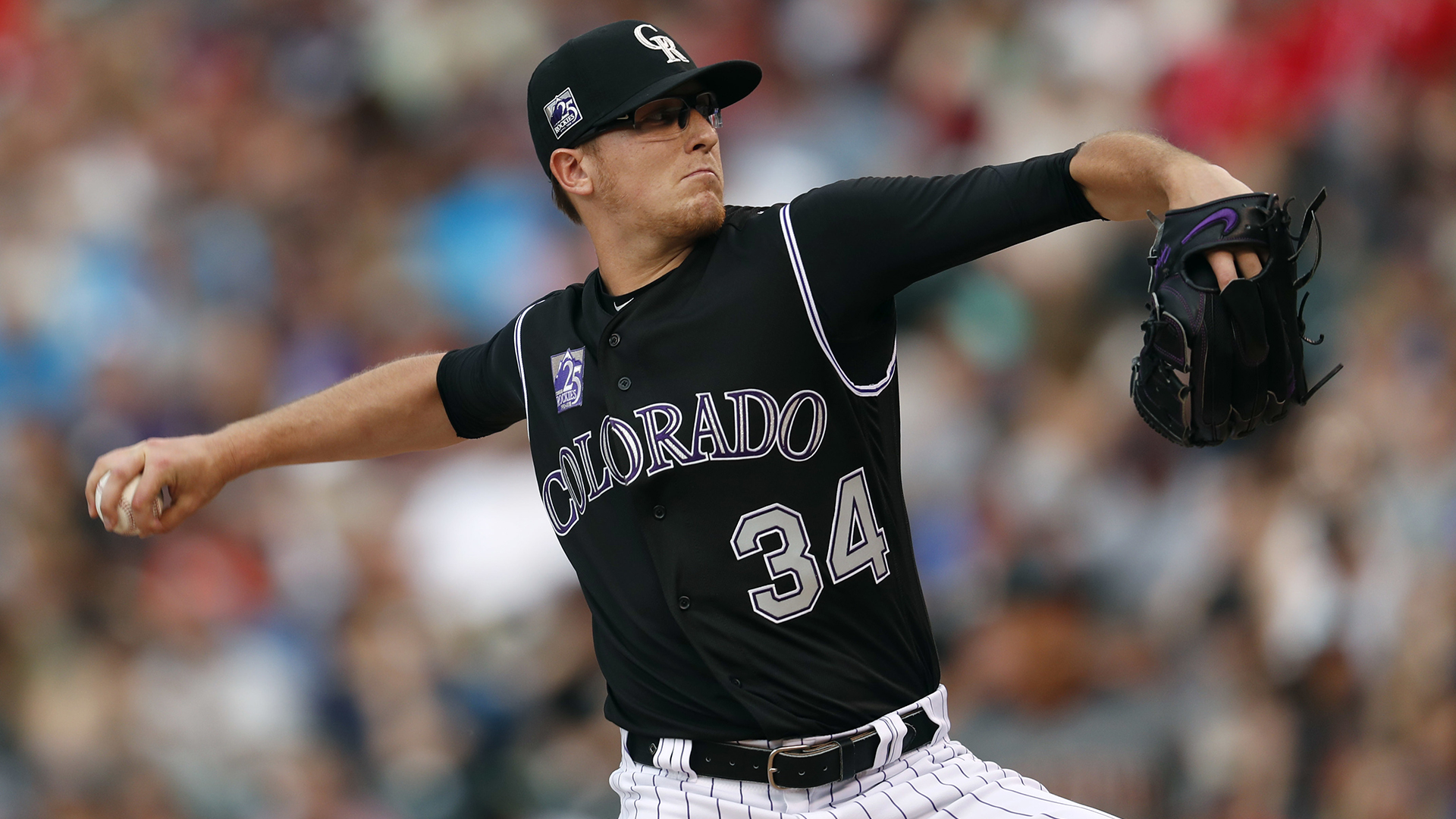 Note: This is part three of a five-part series on the New York Yankees and what we think they should do during the 2018-2019 offseason to better the team.  This series will take a look at the strengths and weaknesses of the team and identify the options the Yankees have internally and externally through trades and free agency.

The beginning of the offseason is one of the most thrilling times of the year. Sure, the annual free agent frenzy is entertaining to keep tabs on, but it’s the trades are the most exhilarating to learn about when they come to fruition.

As a team, Pinstriped Prospects staff members keep tabs at all players at every level of each Major League Baseball organization to find the best players that could help the Yankees win a 28th World Championship. This offseason we have identified four players that the Yankees front office should acquire via trade that fit the bill. 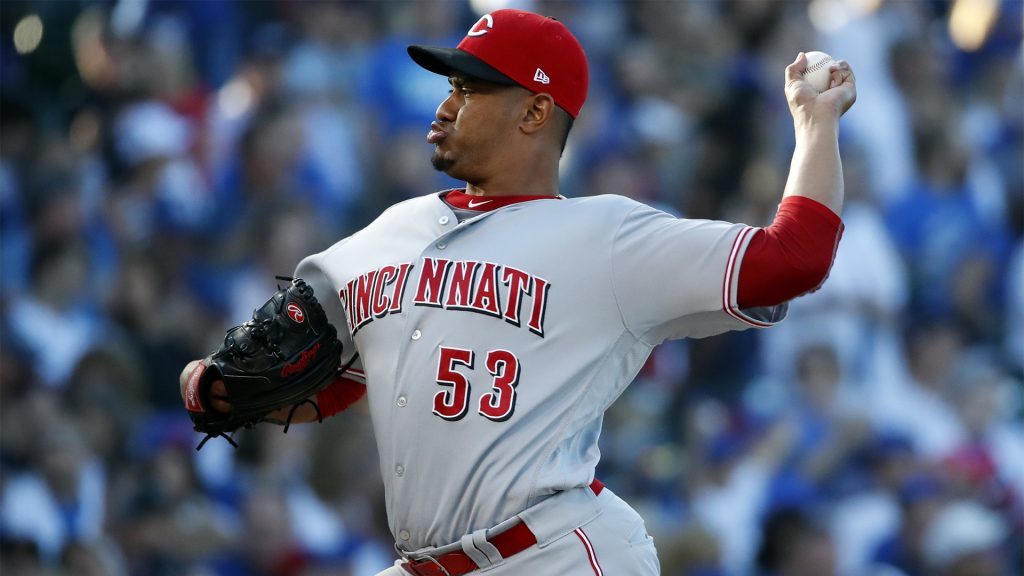 It is no secret that Yankees GM Brian Cashman will actively shop Gray this offseason. The Yankees and Reds match up perfectly for an easy to agree upon, win-win trade scenario. Cincinnati could use a major league caliber starter or two, while the Yankees are in need of a relief pitcher as they attempt to rebuild their super-bullpen.

While Sonny’s value has tanked since donning pinstripes, he could net major league talent in return due to his tremendous upside and past success, plus another young pitcher with upside a la Michael King in 2018. It also helps that Gray’s collegiate pitching coach now holds the same position with the Reds.

Peralta is a left-handed reliever who throws his sinking fastball at an average of 96 miles per hour. Per statcast, his changeup has a spin rate of 2,131 which is way higher than the MLB average of 1,774. The Dominican Republic native is a work in progress as he pitched to a 2-2 record with a 5.36 ERA last season. His groundball percentage is 51%, a stat that bodes well for pitching at Yankee Stadium. The 27-year old has minor league options remaining, is making the minor league minimum and would compete with Stephen Tarpley for the lefty spot out of the bullpen. 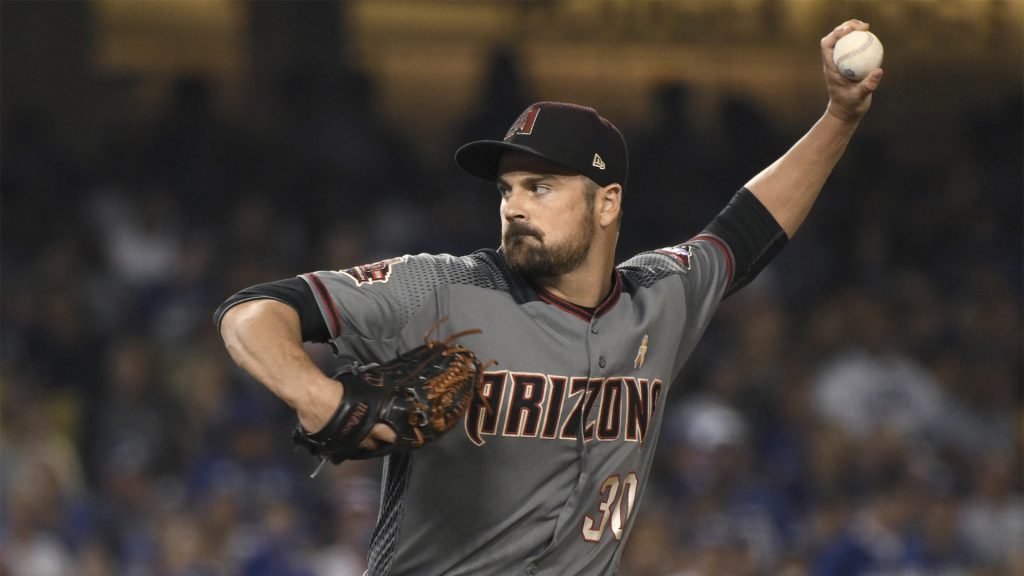 Trade Hoy Park and Zack Zehner to the Arizona Diamondbacks for T.J. McFarland

New York is expected to spend big on pitching this offseason. However, an affordable relief option may be just a phone call to the Arizona Diamondbacks away. T.J. McFarland spent 2013-2016 pitching in the American League East for the Baltimore Orioles after being stolen from the Cleveland Indians organization during the 2012 Rule V Draft.

The southpaw has posted a career 3.94 ERA with an impressive 63.3 ground ball percentage. While he is not your typical flame-throwing reliever, he can add tons of value for the Yankees as a crafty-lefty specialist in manager Aaron Boone’s bullpen in 2019.

The deal makes too much sense to not agree with, as at the very least, New York would be dealing away two minor league players who will not be protected on the 40-man roster this winter, for big-league left-handed relief depth.

For Arizona, Zehner would be the premier player going back to them in return. The San Diego native is coming off another excellent season in which he slashed .270/.339/.459 in Scranton/Wilkes-Barre (Triple-A). The corner outfielder hit 10 home runs and drove in 42 runs in 87 games with the RailRiders. He plays good defense and will provide much needed Major League ready outfield depth in the upper level of the minors for the D-Backs. 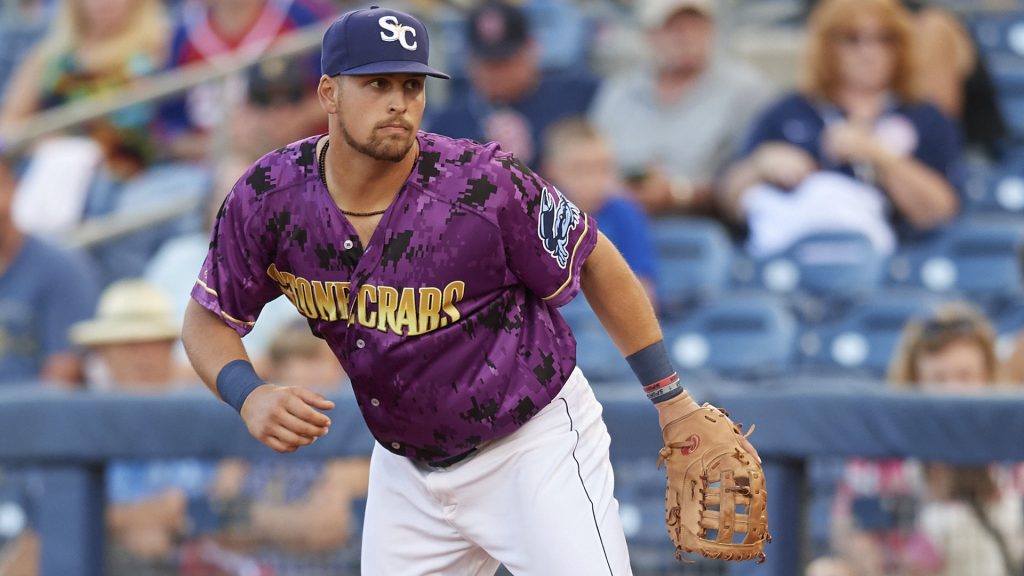 Nathanial Lowe could be the first basemen of the future for the Yankees. He is unquestionably a special talent that has caught my eye in recent years. The Rays 2018 Sirius XM Futures Game representative is a strong and big left-handed bat that can move pretty well for his size. I haven’t heard the ball come off the bat in a minor league player this hard since Aaron Judge.

His bat and glove with both will play well at the Major League level. Drafted in the 13th round of the 2016 MLB First-Year Player Draft out of Mississippi State, Lowe is currently ranked as the Rays 13th best prospect by MLB Pipeline who say “Lowe’s success in his second full season is a testament to his aptitude and development at the plate. After profiling as more of a hit-over-power guy early in his career, the hulking left-handed hitter has learned how to tap into his plus-plus raw power and turn on the ball with consistency without it detracting from his impressive feel to hit and overall strong approach. He continues to make a lot of hard, line-drive contact and uses the entire field well. All while demonstrating a discerning eye at the plate that fuels his on-base skills. Lowe’s well-below-average speed limits him to first base, though he’s a solid defender and makes all the routine plays.”

Fortunately for the Yankees, he is currently blocked on Tampa’s big-league roster by Jake Bauers. The Rays are very high on Bauers, thus making Lowe expendable. Cole and Cessa would be Major League ready players being sent to Tampa Bay who would both fill in more than adequately as “openers” for a very competitive Rays club. Both pitchers would be an upgrade over what Tampa currently has heading into next season and are cost-effective and controllable, two essential qualities the Rays will certainly look for. Nelson is a Top 30 Yankees prospect, who is not a “throw in.” Nelson has the highest potential of this package. Nick’s arm features an elite fastball that could translate well into a power-throwing reliever that could be big league ready by 2020. 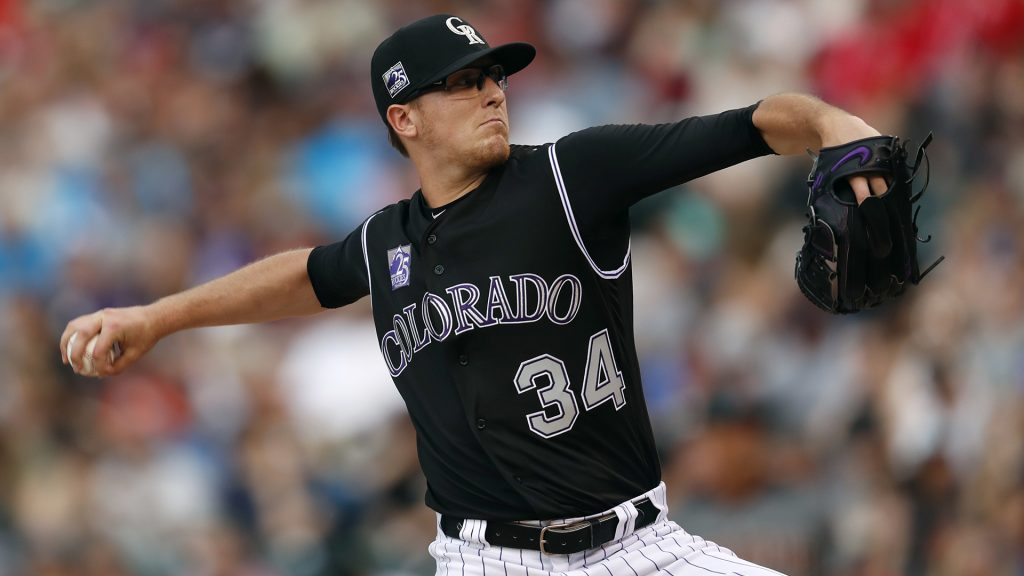 It’s not every day that you can trade for a future top of the rotation starter. Drafted with the ninth overall pick by the Toronto Blue Jays out of East Carolina University, Hoffman has not yet even sniffed his true potential in the Major Leagues. As a self-proclaimed “stats guy” it pains me to say ignore the numbers, but in this case, you have to.

He has a four-pitch mix that features an above-average fastball, above-average changeup, above-average curveball, and an average slider. Hoffman has the pure stuff and work-ethic to become at the very least, a quality number two starter on a championship caliber club. The former consensus top 100 prospect would prove to be the major steal of the offseason if acquired.

You might ask why would the Rockies part with the premier player that was acquired in return for former face of the franchise shortstop Troy Tulowitzki? Simple, Hoffman hasn’t been effective (even in the minors), and the package of Bird and Perez would be a huge step in the right direction for their Major League club, which is in win-now mode and the imminent free agency of Nolan Arenado, the best third basemen in all of baseball.

Bird, a Colorado native, has huge potential to be a plus defender and big-time bat. The former Yankee top prospect has indeed battled injuries and played himself out of New York’s plans but can still be a terrific Major League player if given a chance. With approximately $30 million owed to the aforementioned Arenado next season, a plethora of dollars being spent in an underperforming bullpen, and the probable move of Ian Desmond to second with the loss of DJ LeMahieu to free agency, the Rockies will need a low-cost first baseman. Enter Greg Bird, who is making close to league minimum and comes with multiple years of team control.

Perez did make just 10 starts in 2017 due to shoulder surgery that removed bone spurs, but the highly ranked Yankees prospect throws one of the best fastballs in the ‘Bronx Bombers’ system and combines that with a curve and changeup that show flashes of being plus offerings. The 6’8” righty would be a solid addition and immediately enter the Rockies organization as a top 15 prospect.