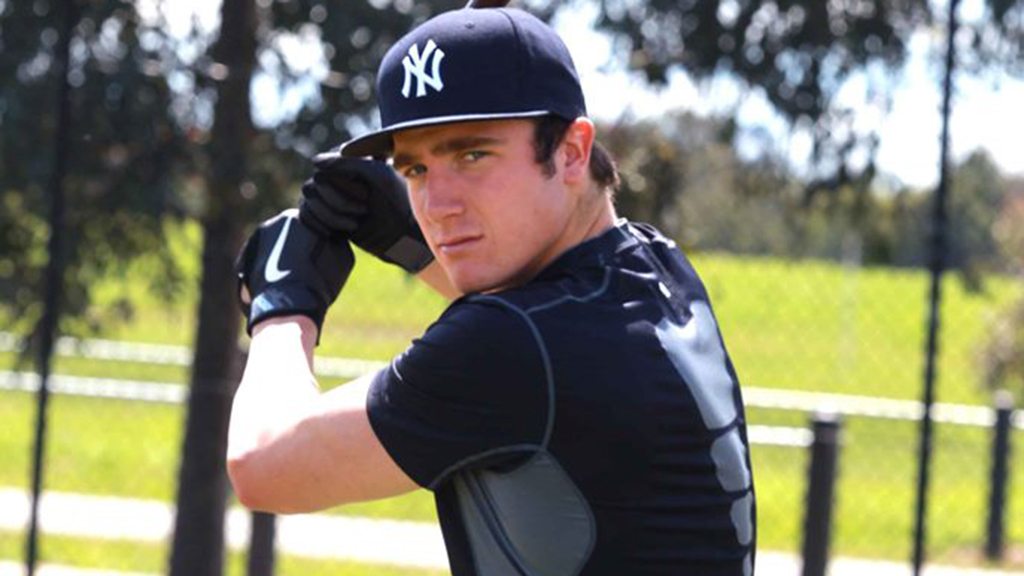 When most hear that the New York Yankees signed an international free agent most people would think of a player out of the Dominican Republic or Venezuela not Australia.  But that is where the Yankees found outfield prospect Adam Silva in 2010.

“The moment I was offered a contract is one i will never forget. I knew at the time that professional baseball was a career I wanted to pursue. It was a goal and dream that I had been working very hard towards and for it to be sitting there in front of me was a surreal moment that I’ll never forget.”

Adam started playing baseball at 11 years old in his native Australia.  The game is treated differently down under he told us, “Here in Australia the game of baseball is played more as a hobby, a chance to get out on the field with your mates and smash some balls around the park. Where as in America the game is far more competitive and for me more of a job. My first impressions of the game when I first went to America was that it’s a lifestyle. People live their lives following, supporting and playing the game of baseball. Something that you don’t often come across in Australia.”

After completing his high school career he began his professional career in 2013 in the Dominican Summer League.  “I had no idea what to expect when I was traveling to the Dominican,” Adam said about his first experience as a professional baseball player.  “I had no exposure or pre ideas of what the lifestyle or baseball was going to be like down there. The culture shock was huge. Living, eating and playing baseball down there was an experience I’ll never forget.”

That season he played just five games with the Dominican Summer League Yankees 2 with 5 hits in 14 at bats including a double before a MCL strain and foot injury cut his season short after taking a tumble in a slippery outfield.

Adam got to a late start to the season due to a hand surgery where his hamate bone was removed.  He then played in four games with the Gulf Coast Yankees 2 in 2014 where he had 2 hits in five at bats.  “Coming up to play in the GCL was huge for me. It allowed me play and prepare for baseball in a way that I was used to… I was able to work out and train as I needed to, I was resting both physically and mentally a lot better.”

So far this season with Canberra in the Australian Baseball League he has 17 hits in 63 at bats across 17 games with three doubles, a homerun and 11 RBIs.  He has walked just 6 times but has struck out 17 times.  With a .270 average this winter he is showing signs of why the Yankees signed him and could find himself on the roster of the Pulaski Yankees in 2015.