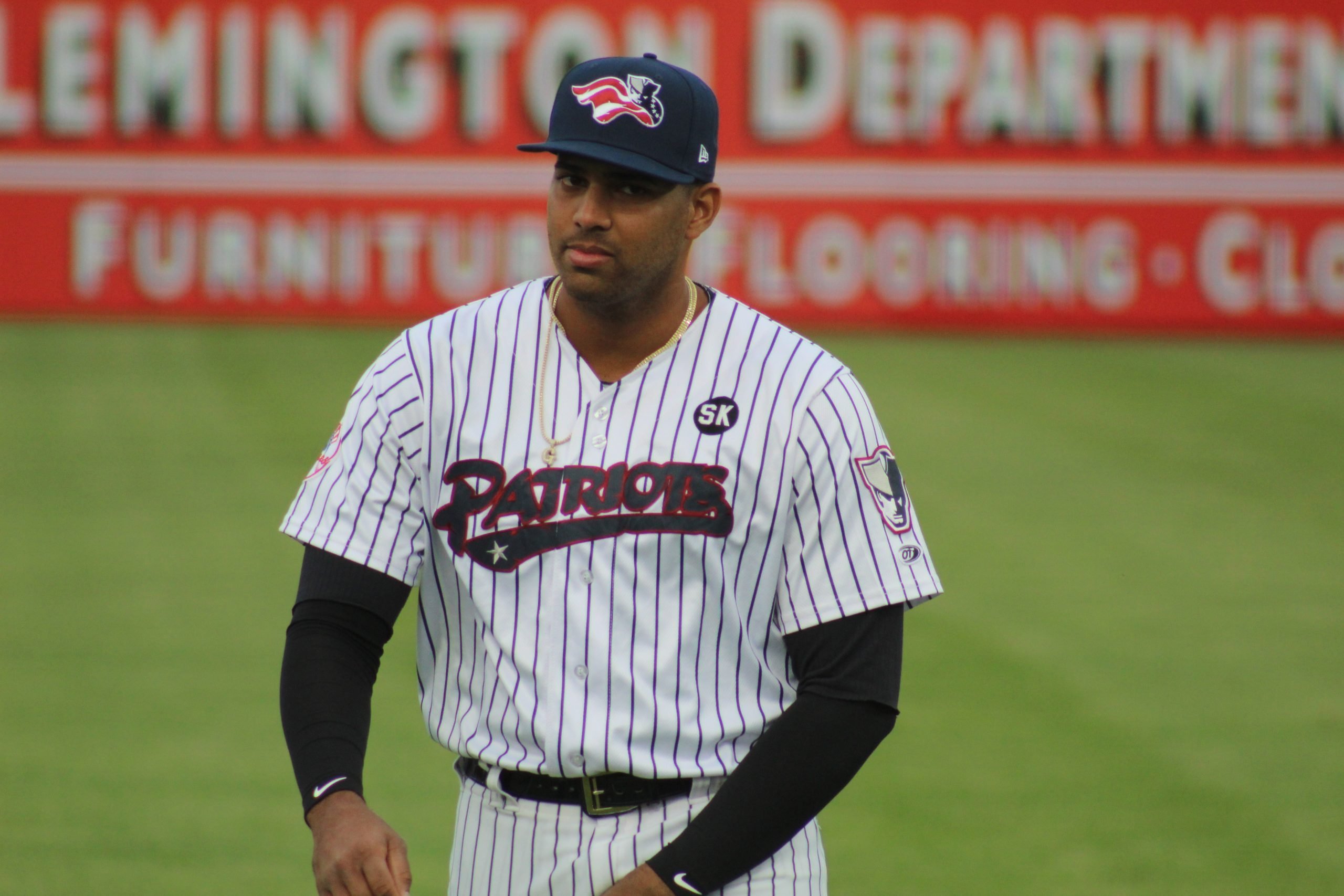 When the season opened for Somerset back on May 4, not much outside attention or internal reliance felt like it was set upon first baseman Dermis Garcia. The Patriots had highly-touted prospect Estevan Florial along with a solid core of proven offensive performers like Hoy Jun Park, Diego Castillo, Thomas Milone, Brandon Wagner and Zack Zehner to anchor the heart of their lineup. With that immense level of production now either promoted to Triple-A or on the injured list, the Patriots have leaned heavily on the recent awakening of Garcia to assist in their current seven-game winning streak and first place standing in the northeast division.

The 23-year old Dominican-native, whom the Yankees inked as an international free-agent back in 2014, was a 2019 Florida State League post-season all-star selection after slashing .247/.296/.491 with 17 homers and 54 RBI in just 75 games for then High-A Tampa. The impressive power of Garcia is clearly the most valuable tool in his belt right now, but he is looking to improve his overall approach in order to generate consistent contact.

‘It’s hard for me to describe my power,” admitted Garcia through translation provided by Patriots manager Julio Mosquera. “It’s something that is a god-given talent.” 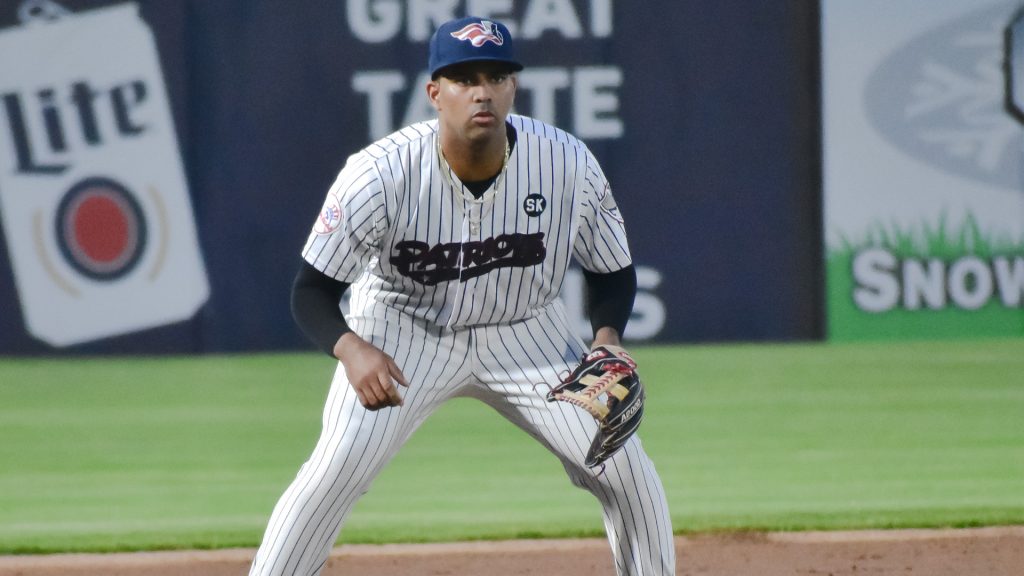 Over his previous four seasons in the Yankees system, Garcia has averaged nearly 16 homers, 30 extra-base hits and a .302 batting average on balls put in play. Hence the reason both Garcia and the Yankees want to cut down on the strikeouts even to a league-average level and increase his contact. When he is in the zone and making contact, Garcia is a force that the Patriots are going to rely on for important production over the long haul.

After a year of lost development in 2020 coupled with the natural learning curve that is expected to come with touching the upper-levels of the system for the very first time, Garcia opened the season mired in an immense struggle. The slugger came out of the gate just 1-for-24 with an alarming 16 strikeouts – including four three-strikeout games over that stretch. Not what you want. Not at all. Garcia worked on making the necessary adjustments and stayed confident that he would eventually lock in.

“He’s been swinging at a lot more strikes,” said Mosquera. “He is making better swing decisions and just hunting pitches in the strike zone. That’s something that he wasn’t doing earlier in the season, but he has gotten back to being more disciplined at the plate and he is just trying to make contact with pitches out over the plate. He’s so strong, all you have to do sometimes is make good contact on the ball and it is going to go. A lot of guys get jammed and the ball doesn’t go anywhere, but with him, I think it works to his advantage.”

“This is a tough game to play,” Garcia explained. “Some things you’re going to go through during a season; you’ve got to stay strong and stay positive and you just got to go out there and do the best you can and get better every day.”

With that nightmarish start seemingly in the rearview mirror, Garcia is currently riding an 11-game hitting streak that includes a team-high six homers and 15 RBI to go along with two doubles over that stretch. Garcia was third overall in the Northeast League in homers at the conclusion of action on Tuesday. During this hitting streak, Garcia has raised his batting average 193 points to .235 and his on-base percentage 114 points to the .321 mark. 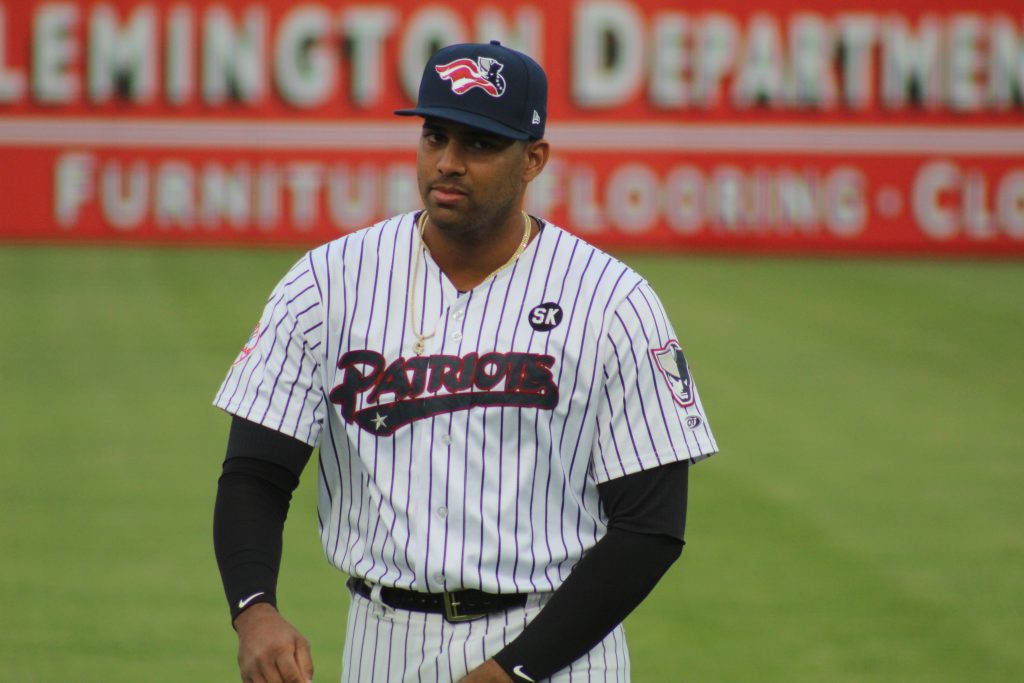 “It feels really good,” Garcia said in regards to being able to help his team win. “As long as I can contribute to help this team win and do the things that I can do, I feel really good about it.”

While Garcia stands near the top of the league in terms of power, he also finds himself in the top-five in strikeouts with 26 in just 18 games. Thats the bad news – the good news is that 16 of those 26 strikeouts came during his initial 1-for-24 slump over the first seven games of the year. Since then, Garcia has fanned just ten times in his last eleven games.

“I’m just trying to get better every single day and one of the main things I am striving for is to make more contact. I know I’ve got power and the more contact that I can make, things can happen a lot easier.”