The Current State of Dellin Betances 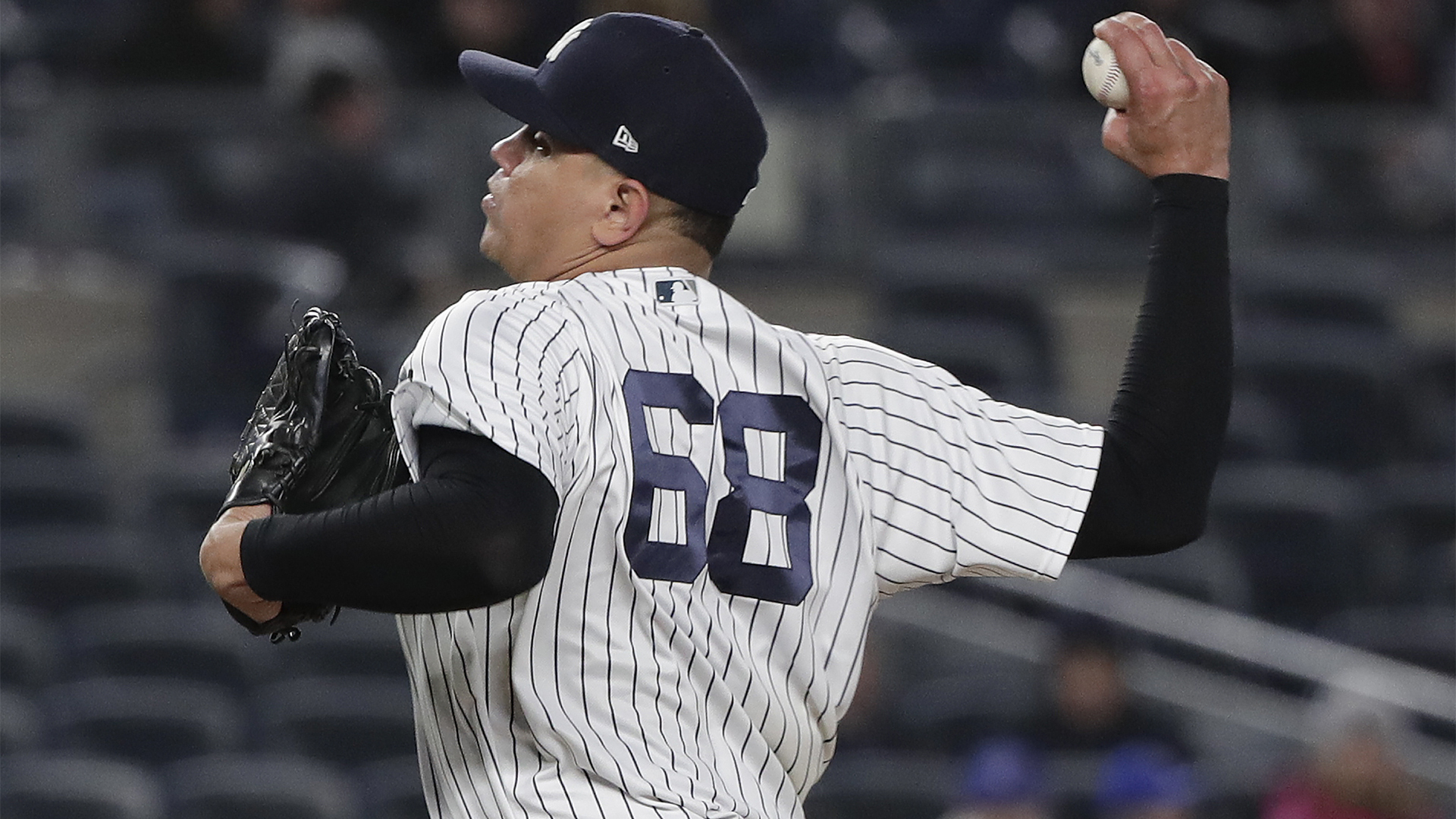 Towards the tail end of 2017, Dellin Betances was just about unusable. He still finished the year with a 2.87 ERA and struck out 100 batters in a career-low 59.2 innings. Betances was also an American League All-Star representative for the Yankees for his fourth consecutive season (2014-17). In fact, the New York native has been an All-Star every full-season that he has pitched in the big leagues. This article will look at the good and bad that we are seeing from Dellin and then recap with a summary at the end.

Dellin Betances is better than you think. His 15.48 K/9 rate is third best in all of baseball behind Josh Hader of the Milwaukee Brewers and his teammate Aroldis Chapman. Yes, he has a career worst 3.96 ERA but he is improving. Over his last 15 appearances ‘D.Dawg’ has a 2.76 ERA and over his last seven he has a 1.13 ERA. His WHIP has gone from a 1.20 over his last 30 games to 0.98 over his last 15, to an even lower 0.88 in his last seven. Over Dellin’s last eight innings he has allowed just one run and struck out twelve. He is returning to form.

The flame-thrower’s ‘pure stuff’ is elite. This year he is attacking the zone much more effectively and throwing more strikes with his knucklecurve and fastball. Betances said in an interview earlier this year that “I think this is the best I’ve felt since I came up, to be honest with you. I’ve got to continue to to grind and keep doing what I’m doing, and the results are going to turn soon…I’ve just got to go out there and keep pounding the strike zone. With my stuff, I think things will start changing. It’s just a matter of time.” He was right.

Walks, command issues, and his mechanics are the three things that have hampered Dellin from becoming the best reliever in all of baseball. Betances admitted that his mechanics and command were an issue in saying “last year I was out of whack, delivery-wise. I had no idea where I was throwing the ball.”

Every problem that Dellin has faced has truly stemmed from his poor mechanics and delivery. It’s not easy to repeat a delivery when you are 6’8” and 265 pounds. Since he is so big, like other pitchers similar in size runners have an advantage stealing against them because their deliveries are so long. This means they are slow to the plate making it hard for the catcher to mathematically throw the runner out. Couple that with the fact that he has a hard time throwing to the bases is a recipe for disaster when runners are aboard. Giving up free passes just compounds the issue.

After hitting rock bottom last season Dellin Betances has rebounded and shown he can be an elite Major League reliever and a key member of the Yankees for years to come. His ERA is inflated thanks in large part due Aaron Boone’s misuse of him. Dellin is a one inning reliever. When he has been asked to be used in multiple innings, Betances hasn’t been able to record outs. He has allowed seven of his 11 earned runs in appearances that he has been forced to pitch multiple innings. To be frank, Dellin has pitched like an All-Star. The numbers prove it when you exclude his second inning of work. Fans should love this homegrown, hometown talented relief ‘ace’ and appreciate that they get to see one of the best relivers in the game on almost in a nightly basis. No pitcher or player is without flaws, sure its frustrating for fans to watch him get run on but such is life. Its about time we commend Betances for his hard work in getting back to form from last season. He dug deep from within and has come out shining