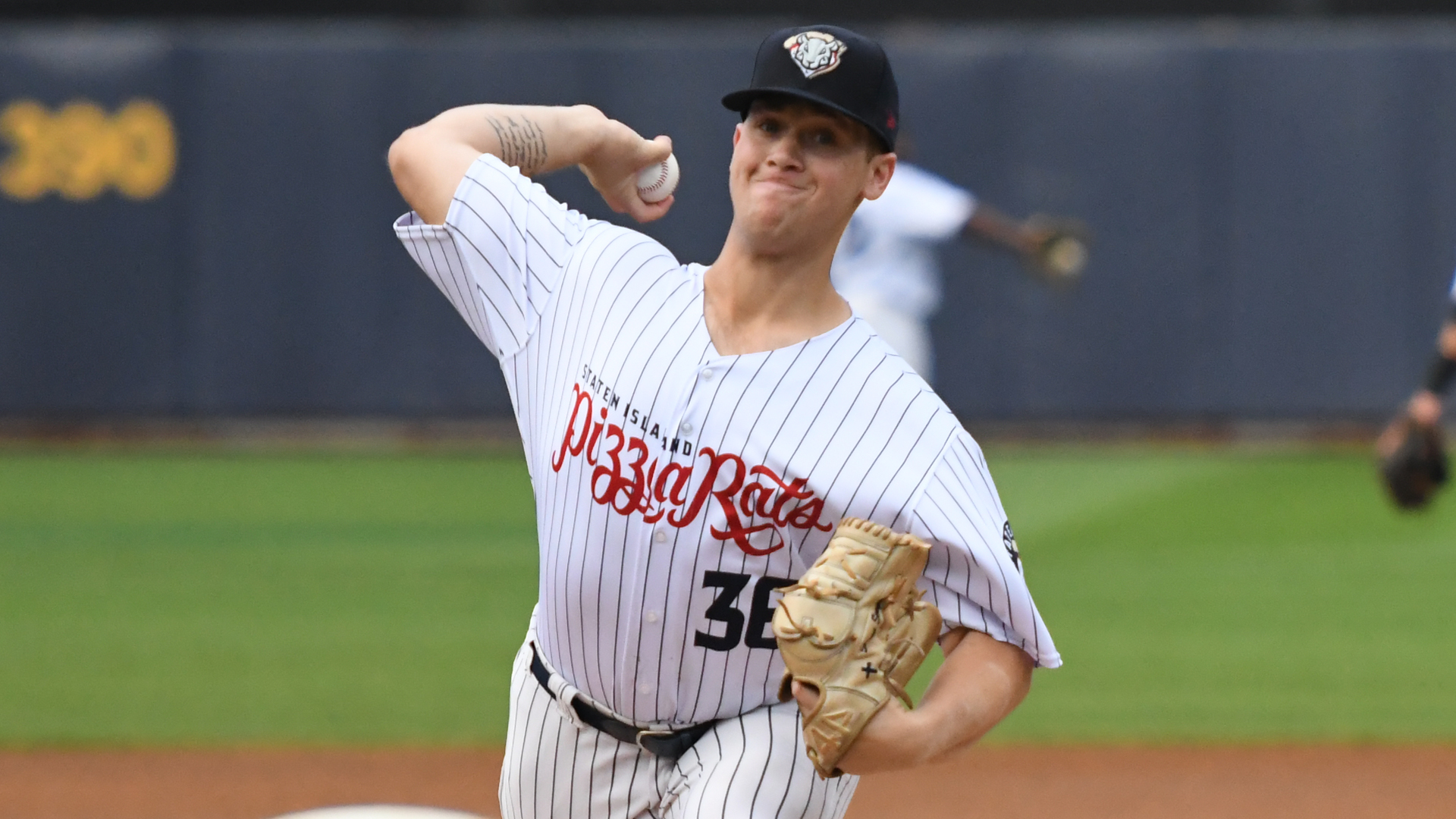 The Staten Island Yankees (3-6) won the series finale against the Aberdeen Ironbirds, 4-2. The team is now 1-2 in each of their series’ this season.

Shawn Semple (0-1, 3.86) got his first start of the season, after relieving Roansy Contreras in his previous appearance. Semple would go four-plus innings, giving up seven hits, two runs (one earned), one walk, and four strikeouts. Semple sat in the 90-92 mph range with his fastball, mixing in his curveball. 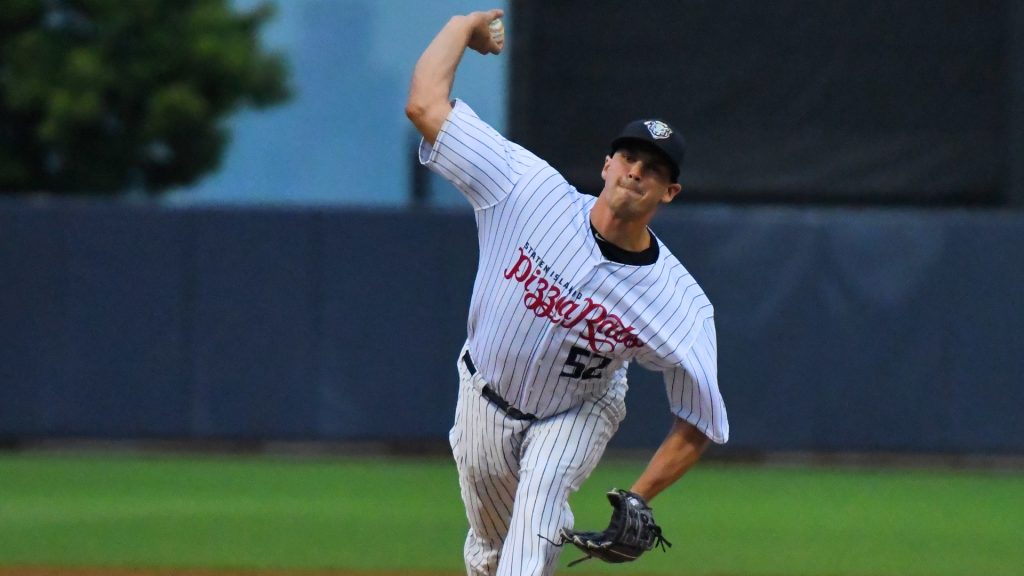 Garrett Mundell got the win for the Pizza Rats. (Robert M. Pimpsner)

Garrett Mundell (1-1, 3.38) would come in for Shawn Semple, and pitch one-hit ball through three innings, picking up his first win of the season. Mundell would give up one hit, no runs, and three strikeouts on 32 pitches (22 strikes), using mostly his 90-92 mph fastball.

“He did such a good job. He had a couple of short innings with not that many pitches, so we extended him” said Diaz. “He was the difference in slowing the game down for us, and able to come back and get the win.” 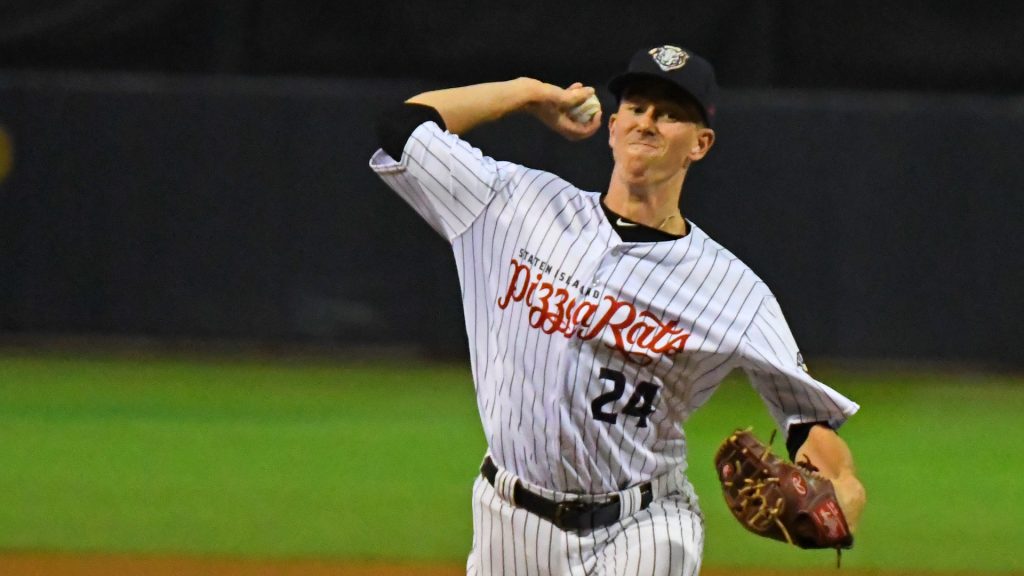 Christian Morris (0-0, 0.00) finished the game, pitching two perfect innings to pick up his first save of the season.

All of the scoring for the Pizza Rats would take place in the four-run fifth inning. Frederick Cuevas led off the bottom of the fifth inning with a walk. Alex Junior followed with another walk, giving him three on the day.

Kyle Gray would add a two-out 10-pitch walk to load the bases. Cuevas and Junior would be brought in by a Canaan Smith single to right.

“That at-bat by Kyle Gray, that was a key”, said Diaz. “Smitty coming in with the single with the bases loaded, those were really good things.” 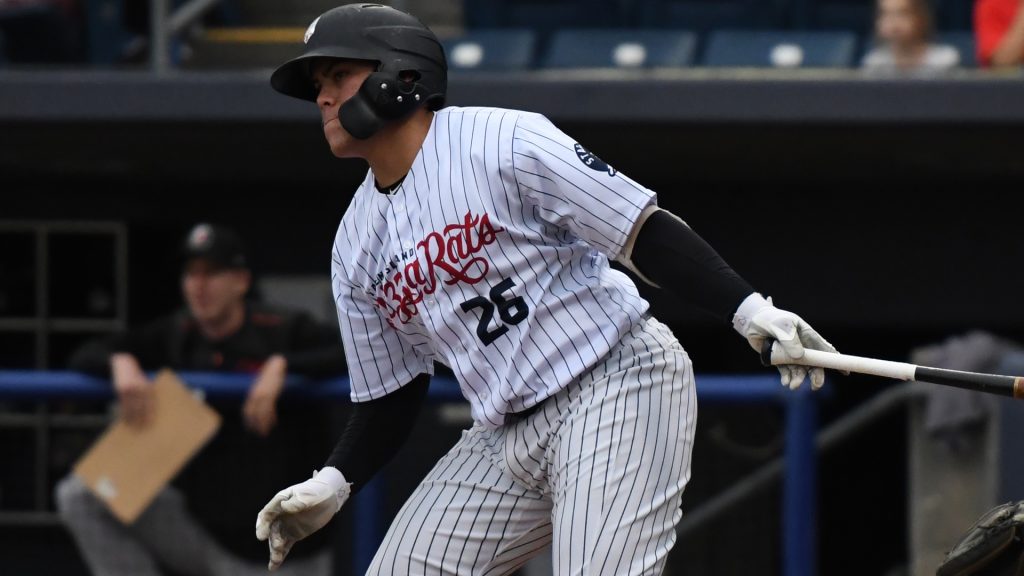 To finish the scoring, Andres Chaparro doubled to left, scoring Gray and Smith.

“He had a different approach”, Diaz speaking of Chaparro. “He was up the middle, gap to gap, trusting himself. As a result, he had some good at-bats. I saw a lot of good things in that fifth inning.”

Andres Chaparro went three-for-three, with a two-RBI double, two singles, and a walk. Alex Junior was also on base three times and made some spectacular plays in centerfield. Garrett Mundell steadied the ship for the pitching staff, giving up only one hit in his three innings.

In each game this series, the Aberdeen lead-off hitter was the first batter in the first and third innings.

The Yankees will begin a three-game home series against the Tri-City ValleyCats (June 24-26). Roansy Contreras (0-0, 3.60) is scheduled to start the first game of the series.