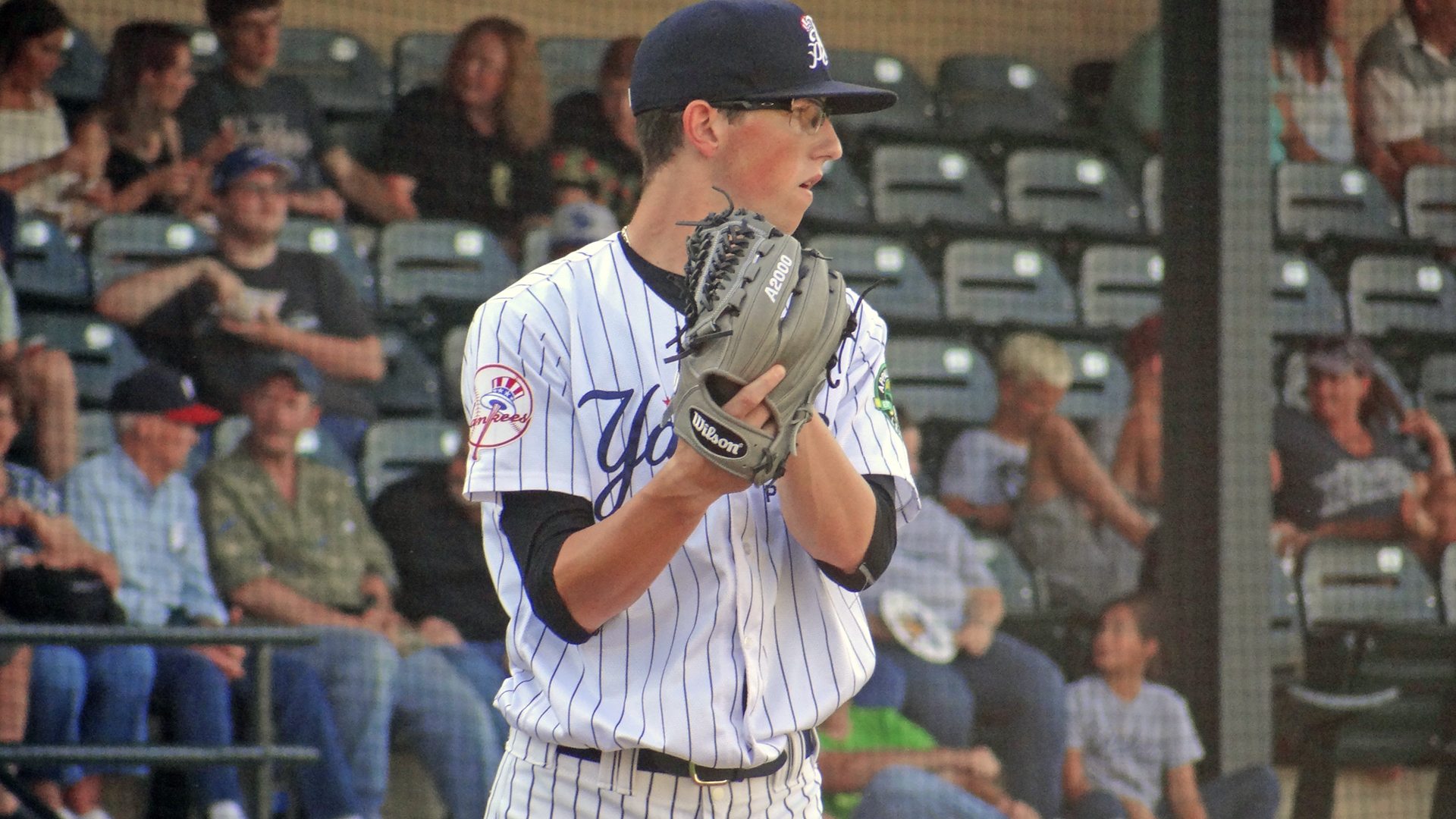 Behind a strong start from Phillip Diehl, the Charleston RiverDogs defeated the Augusta GreenJackets 4-2 Sunday evening at Joe Riley Park to take three out of four games in the weekend series.

Augusta jumped out ahead in the top of the second when Jacob Heyward took Diehl deep plunking the bottom of the batter’s eye backdrop in center for a home run and a 1-0 Jackets lead. In the top of the third, Ashford Fulmer doubled to left center field and was brought home on Sandro Fabian‘s single to right field for a 2-0 Jackets lead.

The RiverDogs would answer right back in the bottom half of the third. Ben Ruta led the inning off with a single to right and advanced to second when Augusta starter Stephen Woods Jr. fired a pickoff throw into the stands. After Oswaldo Cabrera walked and Eduardo Navas struck out, Estevan Florial singled up the middle to bring home Ruta and cut the Jackets lead to 2-1. Woods would strike out Carlos Vidal looking bringing Hoy Park to the plate with two outs and Florial on second and Carbrera on third. Park would single to right field plating both Florial and Cabrera to give the Dogs a 3-2 lead.

In the bottom of the fifth, the Dogs would strike again. Cabrera hit a double down the left field line that bounced into the stands. Navas followed with a double of his own, hitting a ball off the end of his bat that just dropped in the outfield beyond third base, scoring Cabrera for a 4-2 RiverDogs lead.

Phillip Diehl (W, 5-0, 2.70 ERA) pitched six strong innings allowing just five hits, two runs that were both earned, while striking out seven Jackets. “Started off a little rough. First home start jitters I think. I was just quick in my delivery, but just worked on trying to keep putting zeroes up for the offense and they came back and it was a great win,” Diehl said of his performance.

Christian Morris (H, 1) would pitch two hit-less innings while striking out three and Garrett Mundell earned his fourth save of the season with a perfect ninth.

“Nice job Phillip Diehl, another solid outing for him. He’s been really, really consistent all year, whether it be starting or coming out of the bullpen, so nice job by Diehl. He had some timely hitting there in the third inning and added on in the fifth with Navas little double down the line. Nice win and get on the road and hopefully we can continue to play well,” RiverDogs manager Patrick Osborn said.

Florial ended up going 2-for-3 with one run driven in and scoring a run. “He’s been pretty consistent all year,” Osborn said of Florial. “They’re going to go through little ruts, it’s just the way the game is. It’s how quick they can manage to get out of that slump and it seems he’s been doing a good job. He’s a really talented kid and the sky’s the limit for Estevan. He’s even a better person than he is a player,” Osborn said.

The RiverDogs go to Columbia to face Tim Tebow‘s Fireflies for a short three game road trip before returning home Thursday May 25 to face the Southern Division leading and Boston Red Sox affiliate Greenville Drive for a four game set. The West Virginia Power come in for a three game series starting on May 29 to round out the seven game home stand.

“I don’t really know much about them other than Tim Tebow plays for them. I’m a big fan of Tim’s. We both went to the University of Florida so I obviously followed his career there and followed him since he left Florida. It’ll be exciting to see him and hopefully we continue to play good baseball, pitch, hit and play good defense,” Osborn said.