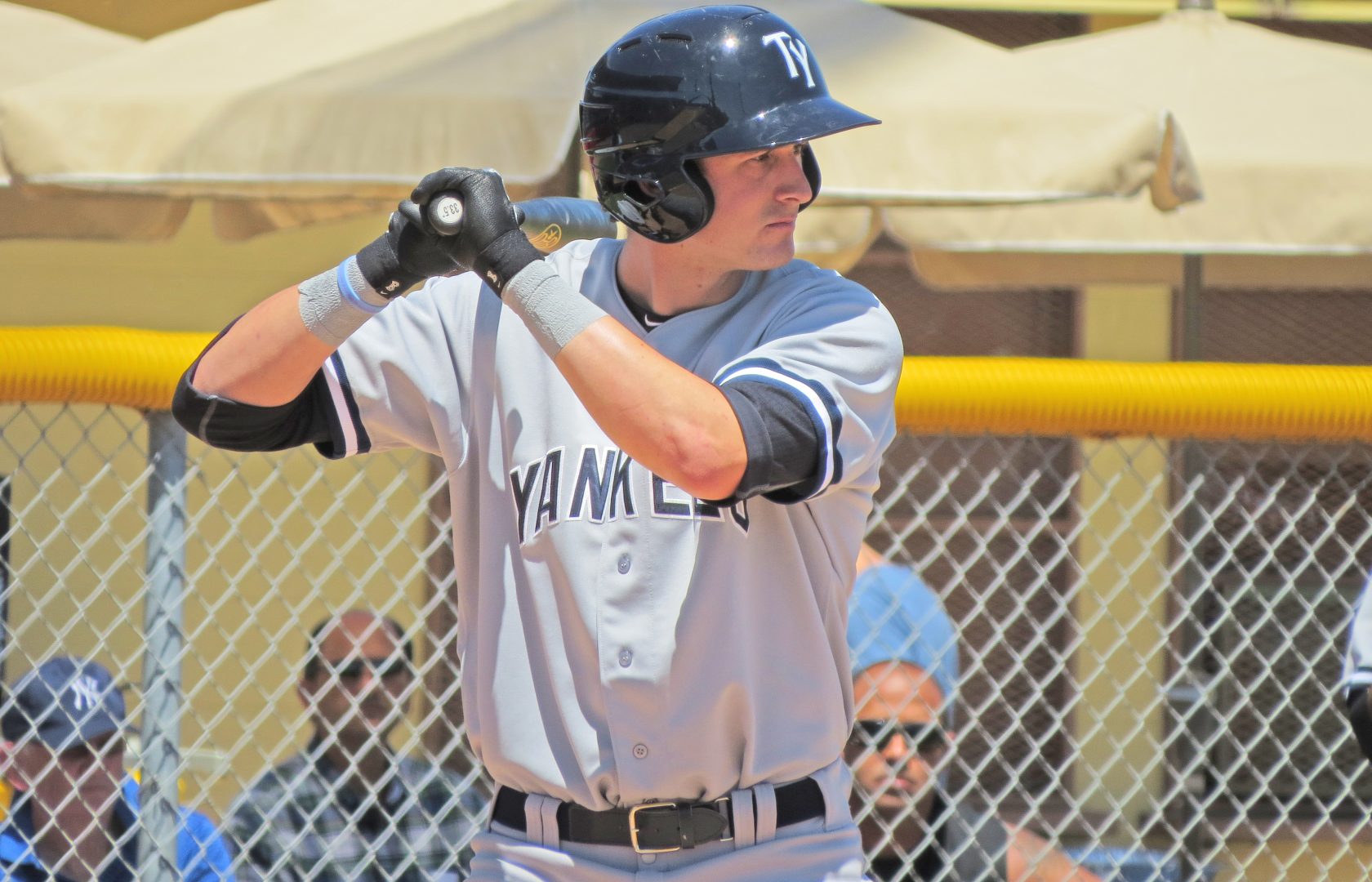 After having Friday off, the Tampa Yankees had a double-header Saturday as they started their series against the Brevard County Manatees. Pitching for the Yankees in the first game was Ian Clarkin who had a 2-1 record previous to the game.

The first two innings only consisted of two combined hits from both teams. In the third Ian Clarkin would run into some trouble despite Brevard County having hitting troubles so far this season. A single and double to the wall would produce the Manatees’ first run. Clarkin orchestrated a double-play ball after that, but the run on third would score to make it 2-0 Manatees. When it seemed like Clarkin could get out of the inning giving up just two runs, Clint Coulter hit a solo-shot to left field which eventually gave them their 3-0 lead moving forward.

Clarkin’s struggles continued in the fourth where the Manatees would tack two more runs on before his early exit. It’d be the first game where Clarkin didn’t pitch at least five innings in his start this season. Replacing him was Jordan Foley who hadn’t given up a run in his last three outings, however tonight was not the same circumstance. Foley gave up two earned runs in 1 2/3 IP and those two runs would be costly later in the game. The Yankees came roaring back with their share of offense in the fifth. Michael O’Neill and Vicente Conde both singled to start the inning. O’Neill then scored after a fielding error on the first baseman with Jorge Mateo reaching first as well. Billy Fleming then continued the inning (and his powerful season) with a double scoring Conde and Mateo closing the deficit to two runs. Miguel Andujar gave the Yankees their last run with a single that scored Fleming. That’d be all the Yankees’ could get in the first game though.

While the game was 4-5 at one point, with Foley’s last two runs given up Brevard County won the first game 7-4 in seven innings moving the Yankees’ record to 14-8. Dillion McNamara pitched 1 2/3 innings after Foley and kept his ERA at 1.86. Ian Clarkin’s line would be 3 2/3 IP, giving up 10 hits and five earned runs. His ERA was boosted to 3.71 and his record would go even at 2-2. As for hitting Billy Fleming’s double was his fifth and the two RBIs put his total to 11 on the season.

In the second game of the double-header the Yankees had Chance Adams on the mound to try and take back a win from Brevard County. Adams, the reliever turned starter, has been inconsistent so far this season, but in game two he gave the Yankees’ solid work.

Adams started the game by striking out the first four hitters. His issue in the game though was control as he’d go on to walk five in his 4 1/3 innings of work. The first run scored by the Manatees came off of a single, but both base-runners were on from walks. The Manatees’ second run came in the third inning after the first base-runner walking again. The Manatees didn’t get much contact off of Adams, but the walks put him in a hole. After Adams’ 4 1/3 innings, Philip Walby came in for the Yankees and pitched 2 2/3 of no-hit baseball. The strong-armed right-hander has been another big arm in the Tampa Yankees’ bullpen since his first appearance on April 17th. He’s had just one game in where he gave up three earned runs, and the rest of his outings have been shut-outs.

The Yankees were held up by the Manatees’ pitching for the first four innings until the fifth where’d they tie the game. Austin Aune and Zack Zehner put themselves on the corners with a double and single. After a pick-off throw from home sailed into the outfield Aune came home for the Yankees’ first run. Yankees’ top prospect Jorge Mateo then hit a grounder that would tie the game at 2-2.

The Yankees and Manatees would go past the original seven innings as both bullpens were on their game throughout the night. Along with Walby, James Reeves was phenomenal for the Yankees constructing three innings of work, striking out seven, and giving up just a hit. In the tenth inning the game was finally won by the Yankees. With Michael O’Neill on second from his single and a wild pitch, Jorge Mateo sent a deep double splitting the outfielders scoring the run easily. The Yankees went on to win 3-2 moving their record to 15-8. With Clearwater’s loss it also had them in first place in the FSL North.

On Sunday the Yankees take on the Manatees for their last game of three. The Yankees will look to go 16-8 with a win on Sunday.