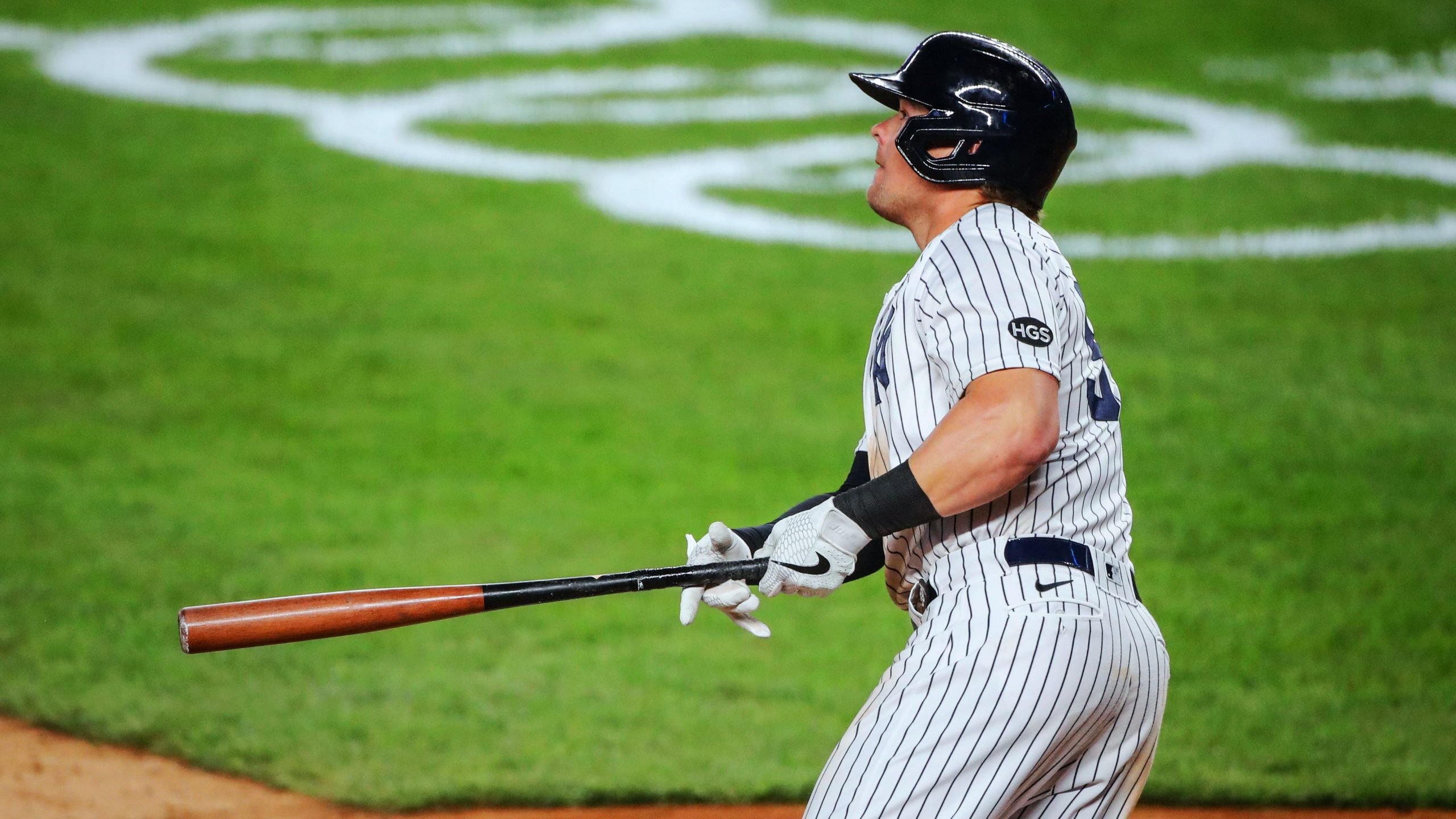 The Yankees dropped tonight’s series opener to the Rays by a score of 6-3. Snell (2-0) got the win for the Yankees, and it was Tanaka (0-1) taking the loss for the Yankees. Roe (1) got the save for the Rays.

In the top of the fourth, Willy Adames scored on a passed ball by Sanchez to extend the Rays lead to 5-0 in the fourth.

In the bottom of the fourth, Gary Sanchez got the Yankees on board with a home run to center field. The Rays’ lead would be cut to 5-1.

In the top of the fifth, Austin Meadows homered to center field and the Rays extended their lead to 6-1 over the Yankees.

In the bottom of the fifth, Luke Voit hit a two-run home run to center field that scored Thairo Estrada and the Yankees cut the Rays’ lead to 6-3.

That’s where the score would stand as the Rays went on to defeat the Yankees 6-3. Tonight’s loss for the Yankees is their first loss at home this season, breaking their undefeated record at home.

Aaron Boone met with the media following tonight’s game. He spoke on Masahiro Tanaka’s rough outing, stating he seemed to struggle with all his pitches and his command tonight, struggling to have one go-to pitch tonight, which kind of hurt him. Boone stating Tanaka just wasn’t having his best night. Boone stating that Tanaka usually has a pitch he can lean on, but tonight was searching for all three, flashing some good ones, but was trying to find all three tonight.

Boone also spoke on the bullpen, saying they were big and that Nelson is able to give three innings & be pitch efficient was big. He also spoke on Cessa finishing it out strong being big, stating those outings from the bullpen guys are important outings that set the Yankees’ bullpen up well for the rest of the week.

Boone spoke on the offense’s struggles, stating that they had a big chance in the seventh with bases loaded and the Rays were able to wiggle out of the jam. Boone stating they had a couple of long balls get them back into it, but couldn’t break through and finish the night.

Masahiro Tanaka met with the media following his outing, stating that he agreed with Boone that he was struggling to find his command, and though he was trying to make adjustments throughout the game, he just couldn’t find it tonight, stating that all in all, it wasn’t a good day on the mound for him.

Tanaka stated that everything comes down to Mechanics, stating that his mechanics were out of sync and off-balance all night, stating he needs to clean it up before his next start.

Luke Voit also met with the media following tonight’s game, stating that this was a big loss, in that the Rays have won four of the last five against the Yankees and that they have good pitching and defense. Voit stating that it’ll be good to have Cole on the Mound tomorrow, and hopefully get the Yankees back in the winning column.

Voit lead-off for the Yankees tonight. He stated that overall it was fun and he enjoyed batting lead-off, stating he had some good at-bats against Snell and that he felt pretty good but likes DJ (LeMahieu) in that spot better.

The Rays and Yankees continue their series tomorrow night at 7:05 PM at Yankee Stadium. It will be Gerrit Cole on the mound for the Yankees on Wednesday night. Thursday’s game will be at 1:05 PM before the Yankees then head to Citi Field for a three-game series against the Mets this weekend.