The Yankees Experiment with the Opener 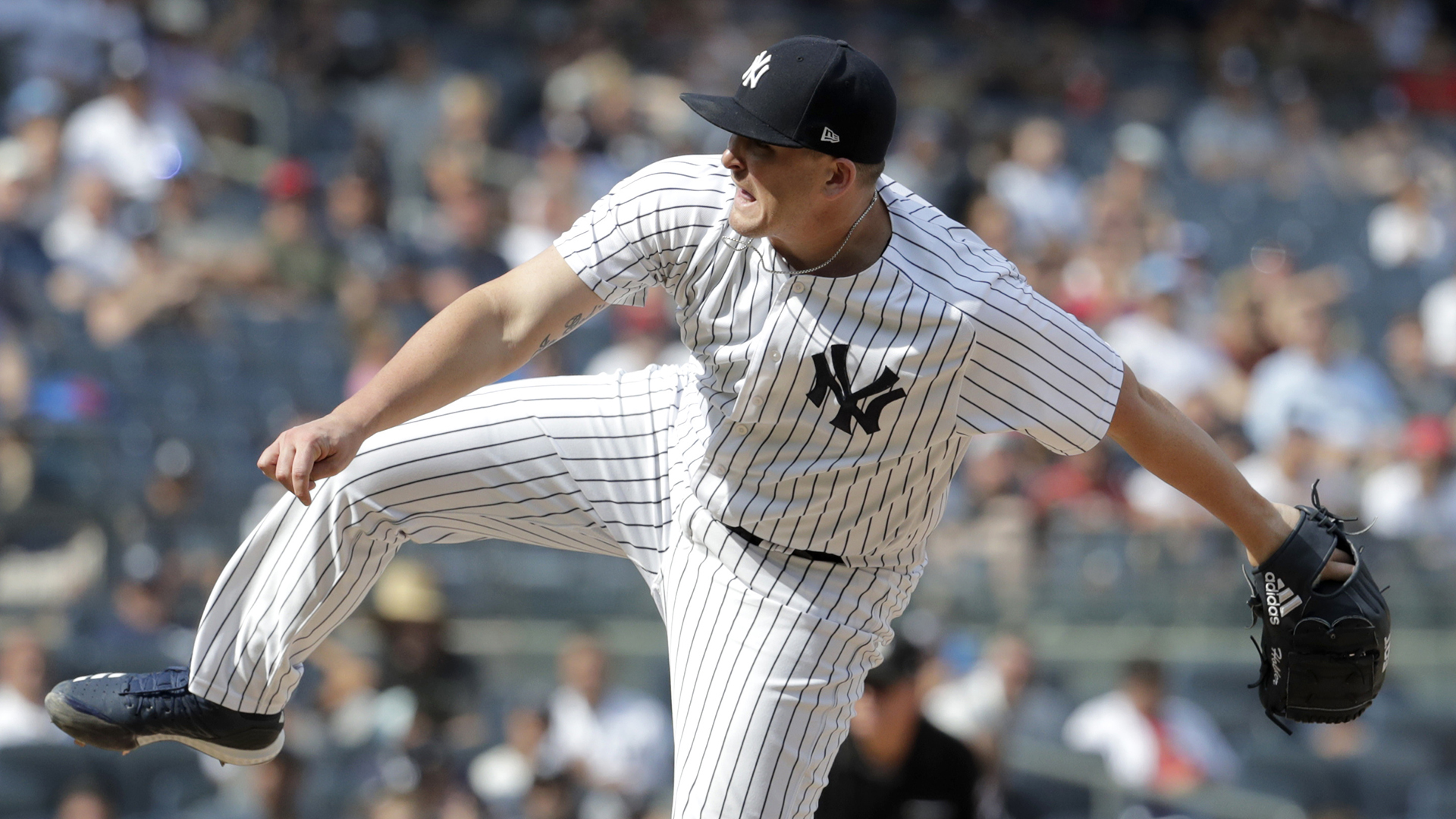 Over the last two spring training exhibitions, the New York Yankees started relivers Chad Green and Jonathan Holder against the Tampa Bay Rays and Houston Astros, respectively. Aaron Boone and Yankees management are toying with the idea of employing the use of an opener during the regular season.

An opener can be defined as a relief pitcher starting the game in place of a regular member of the five-man starting pitching rotation. Usually, the starter will come in following a one or two inning appearance from said reliever.

Without further ado, let us examine the results!

Green, a former starter, looked comfortable and like himself on Tuesday afternoon despite admitting that he probably warmed up too early. After all, Green did start 73 minor league games in his professional career and made nine big league starts with the latest coming in 2017.

The 27-year old attacked hitters and threw first pitch strikes to four of the five batters that he faced. His fastball velocity was 91-94 mph, slider was 85 mph and changeup was 86-87. He allowed the first two hitters to reach via single, allowing one run, two hits, while striking out one.

When asked in an interview with the YES Networks Jack Curry, Green said he was “on board” and “all for” the idea of him pitching in this fashion. He continued to add that the depth of the Yankees bullpen could in fact make the team successful using the opener.

Holder, in his start yesterday, pitched just like he has all spring. He was absolutely dominant, as he lowered his spring ERA to an incredible 0.87. Across two innings pitched, the 25-year old righthander allowed just one baserunner via base on balls.

Similar to Green, Holder does in fact have some experience starting games. The Gulfport, Mississippi native has made 30 minor league starts along with a lone big league start.

As Luis Severino and CC Sabathia are confirmed to start the season on the Injured List, I’d fully expect New York to roll out either Green or Holder as a starter sooner rather than later. With Masahiro Tanaka, James Paxton, and J.A. Happ slated to start New York’s first three games against the Baltimore Orioles, the strategy won’t be employed to start off the season.

Having said that, Boone was quoted in saying that “there is a chance at some point (the Yankees) use it. How many times that is, I don’t know, but I would expect there is a good chance we would use it.’’ Stay tuned Yankees fans, the opener is coming!