Talk about luxury! Since when has talented depth in the big leagues and upper levels of the minors been a problem?

Well, these 2018 Yankees players have placed General Manager Brian Cashman and company in quite a conundrum.

Brandon Drury and Clint Frazier are already high-ceiling, impact Major League caliber players playing in the minors for the Scranton/Wilkes-Barre RailRiders (Triple-A). Add veteran Adam Lind who hit well over .300 for the Washington Nationals in 2017 into that equation along with big league ready youngsters such as Cody Carroll, Tyler Wade, and Kyle Higashioka.

Abiatal Avelino is just one example of a player, playing below his talent-level in the minors. (Matt Bufano)

The problem doesn’t just start in the bigs and stop in Triple-A, it continues throughout the entire farm system. Take Abiatal Avelino for example. Avelino is only one scenario of a real minor leaguer playing below his talent level and the most famous victim of the Yankees organization’s log-jam situation. The Dominican Republic native hit .286 in 22 games for the RailRiders and was sent down to Double-A Trenton to make room for top prospect Thairo Estrada. As of Tuesday, May 22, he was slashing .373/.434/.520 in 20 games for the Thunder. As previously stated there are plenty more youngsters who are ready for promotions and have their development is stunted. This is just one scenario.

Billy McKinney is set to come off the Disabled List soon and so is first basemen Greg Bird. The latter, Bird, is highly thought of by the Yankees front office and will be given a 25-man roster spot once eligible to return.

Here’s the problem, what do you do with Tyler Austin and Neil Walker who has been performing well as of late? Can’t you possibly send Austin down or designate Walker for assignment? Right?

The New York Yankees have been going with a 13 man pitching staff and a three-man bench for the majority of the season. This philosophy is genius and is working to the Yankees advantage. As an American League club, you don’t need a four-man bench especially one with two first basemen/designated hitters on it. 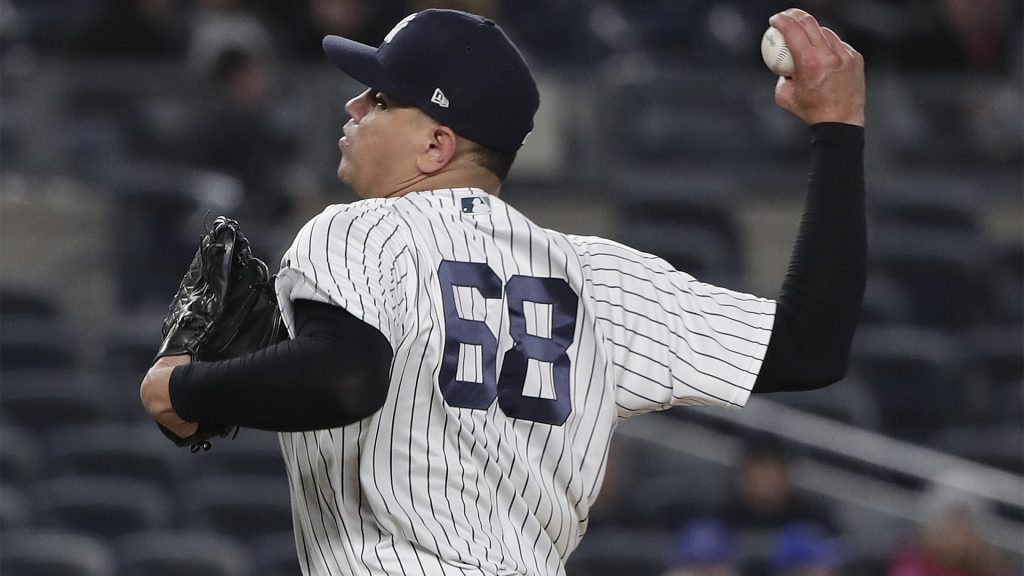 The starting rotation sands Luis Severino has forced manager Aaron Boone to tax the bullpen. Boone has been experimenting with All-Star reliever David Robertson and Dellin Betances to fill two-inning roles only to find disappointing results. The experiment has failed, both Robertson and Betances have near career-high ERA’s and are merely not themselves in this role.

Fans can’t blame Boone or the front office for attempting to solve the lack of production by the starting rotation. Sure, watching Betances blow up and permit seven earned runs in just three innings of his multiple-inning appearances is frustrating but guess what? Attempting to fix the problem is a heck of a lot better than doing nothing.

The 13th pitcher has helped the team not excessively tax its already overused bullpen, especially the All-Star trio of Betances, Robertson, and closer Aroldis Chapman. Unfortunately, key cogs such as Tommy Kahnle and Adam Warren have gotten injured, but their return is imminent as well. The 25th man such as AJ Cole, Giovanny Gallegos, David Hale, and Luis Cessa have accounted for 17.2 valuable innings as of Wednesday, May 23rd. Not that the results have been particularly valuable, however, eating these innings will prove to be valuable in October when Warren, Kahnle, Green, Betances, and Chapman are rested and under their regular workload. This is why in my opinion it’s not a viable option to send down a pitcher once Bird’s time on the DL is up.

It’s either back to Austin or Walker’s spot being taken off the bench or have Bird play in Scranton for a little while.

New York Yankees’ Tyler Austin connects for a three-run home run against the Minnesota Twins during the third inning of a baseball game, Wednesday, April 25, 2018, in New York.

Austin, the first ‘Baby Bomber,’ has earned the right to stay in the Major Leagues. He has been an enormous piece of the Yankees heart and soul and led all American League rookies in homers.

That leaves Bird playing in the minors as the smartest, only real viable option, right? Before you comment and rip this article to shreds, please hear me out. Since being called up in 2015, Bird has in fact been a huge disappointment. He’s been injured and only appeared in 94 games across three seasons. When he has been healthy, outside of the postseason, he hasn’t performed. Over Bird’s 304 career at-bats, he has just slashed .227/.316/.477.

Sure, you can bring up the point that he’s hit 20 home runs in that span but look no further than Austin who has hit eight in just 101 at-bats in 2018. 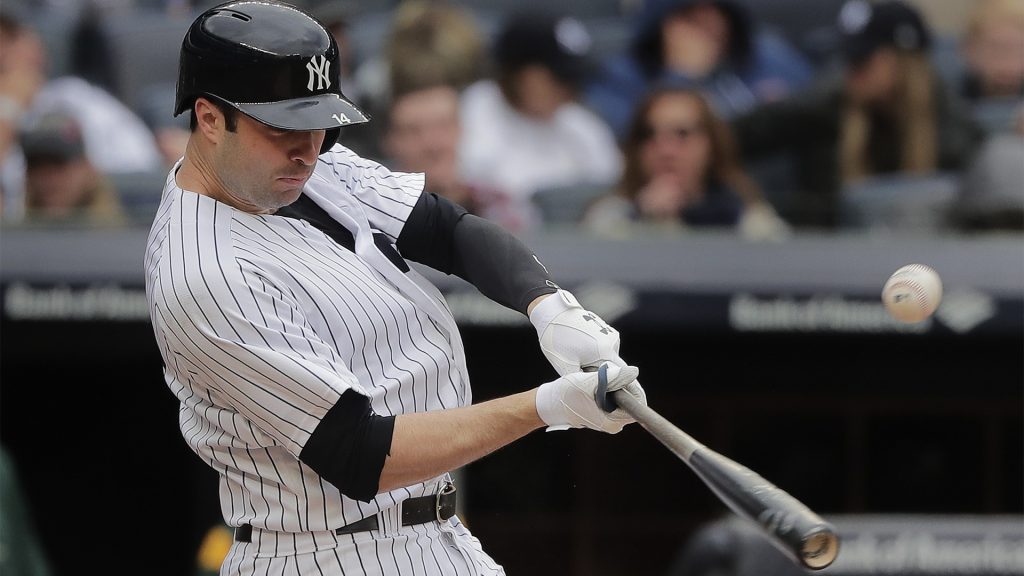 CORRECTS TO FIFTH INNING NOT FOURTH New York Yankees’ Neil Walker drives in a run with a base hit against the Oakland Athletics during the fifth inning of a baseball game, Saturday, May 12, 2018, in New York. (AP Photo/Julie Jacobson)

Money also plays an issue in this in regards to Walker. Should Cashman elect to DFA Neil, the Yankees would be out a pro-rated portion of the $4,000,000 he’s owed. In a time where every penny counts towards the luxury tax, that is a huge hit to take.

That is where the best, most complicated solution comes in. Trades galore. They are much easier said than done. It takes hard work, analytics, scouting, and a mutual understanding of player’s value by two different organizations. Yankee fans saw a taste of it in the past with Zach Littell, Yefry Ramirez, James Pazos, Jabari Blash, Caleb Smith, Nick Rumbelow and Ben Gamel being just a few names that have been dealt because of depth.

With the Yankees loaded with talent in the upper levels, a need for a starting pitcher and possibly another reliever trades are imminent. Look for Cashman to acquire young, controllable pieces and restock and farm system with talent in the lower levels of the minors.