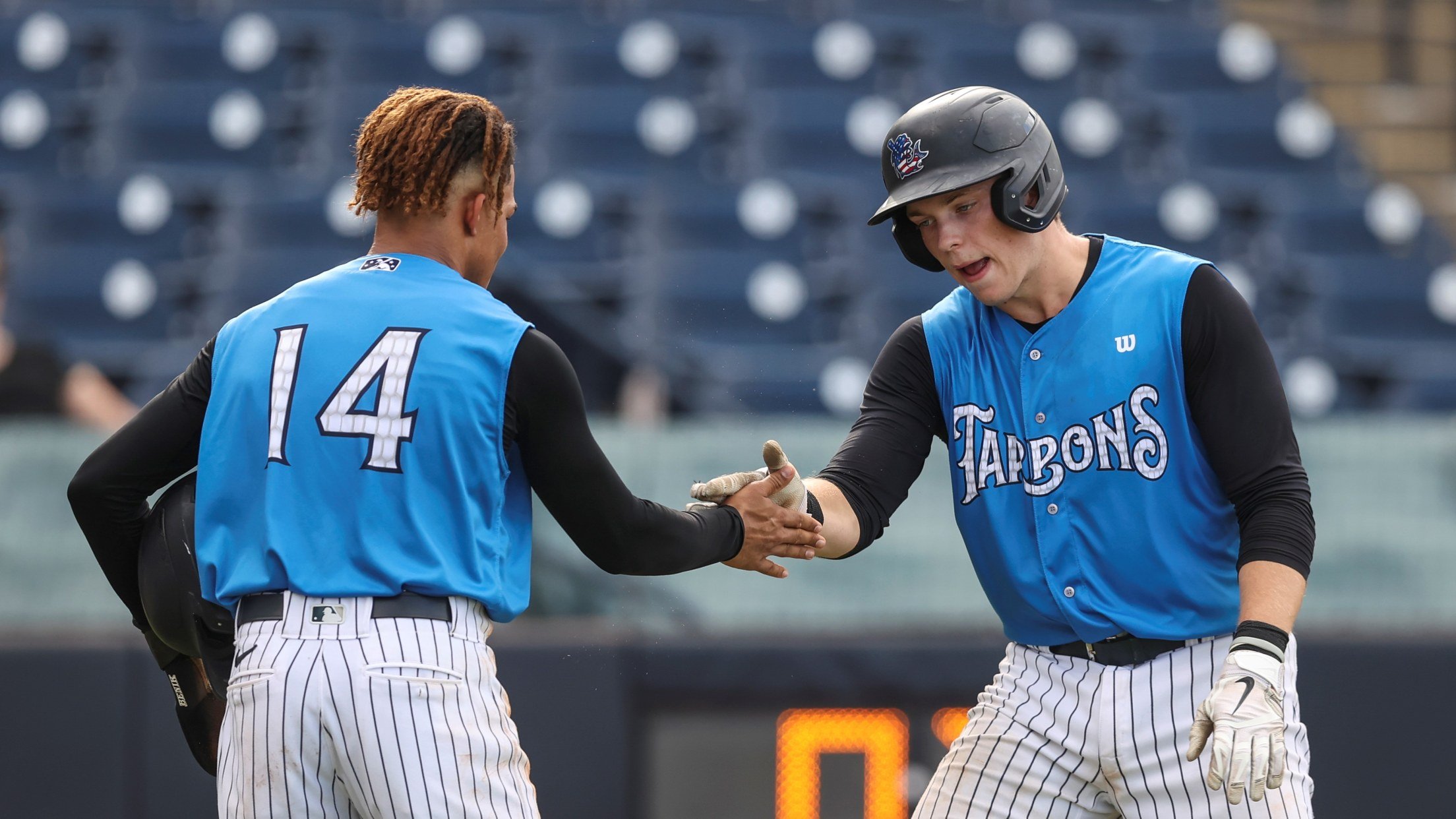 With seven total farm teams in the New York Yankees organization spanning from Boca Chica to Scranton it’s easy for players to fly under the radar, especially at Low-A, where box scores may fail to tell the full story. So I asked Tampa Tarpons pitching coach Grayson Crawford and hitting coach Kevin Martir each to name one player who they believed may not be garnering the attention they deserve. 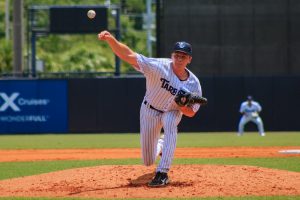 “Messinger is probably the biggest sleeper right now,” Crawford said. “That’s not a name being talked about as much. At this point next year, a lot more people will know who he is.”

The Yankees 13th round draft pick after leading the University of Virginia to a College World Series berth in 2021, Messinger has seen an uptick in velocity over the past few months, touching 97 MPH on the radar gun for the Tarpons. Making his professional debut in 2022, the Indiana native has pitched to a 4.78 ERA this season with 59 strikeouts in 43.1 IP.

The 6-foot-6 220 lb right-hander entered professional baseball with a fastball and curveball mix, and has added a changeup and slider to his repertoire, while making the transition from the bullpen to the Tarpons starting rotation.

“He’s gone from a two pitch guy to a four pitch guy, moved from the bullpen to a starter, so there’s some pieces he’s trying to get comfortable with and we’ve made a few adjustments,” Crawford added. 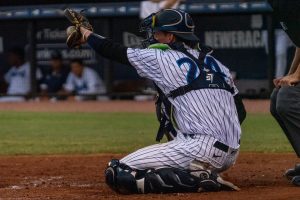 Rice missed out on both his junior and senior seasons at Dartmouth due to the pandemic, finishing his collegiate career with only 30 games under his belt. He spent a majority of 2021 working out on his own, even spending time in a recreational men’s league, before playing for the Cape Cod League’s Cotuit Kettleers. He caught the Yankees eye, who selected him in the 12th round of the 2021 draft. Rice spent time with the rookie level FCL Yankees and Low-A Tampa Tarpons at the end of the minor league season, racking up 12 RBI’s and three homers in 20 games with Tampa.

The left-handed hitting backstop was assigned to extended spring training in 2022, before being promoted to Tampa a month into the season. He’s hitting .275/.359/.475 on the year with four home runs and 15 RBI’s in 28 games. The 6-foot-2, 205 lb Rice has also put up some serious exit velocity numbers, reaching 111 MPH off the bat.

“He’s been flying under the radar but when he gets his opportunities he definitely takes advantage of them,” Martir said. “He’s a physical lefty that has elite bat speed, a guy who can really hit.”

One reason Rice has been flying under the radar is a lack of consistent playing time. In an organization crowded with top tier catching depth, everyday at-bats are a dime a dozen as Rice splits time with Antonio Gomez, one of the Yankees top prospects.

“It definitely makes it harder and it adds a chip on his shoulder too. He’s trying to prove himself, and he’s been doing that,” added Martir. “He’s 100% proving himself and that he can impact the baseball…In the near future he’ll probably be getting some more at-bats.”