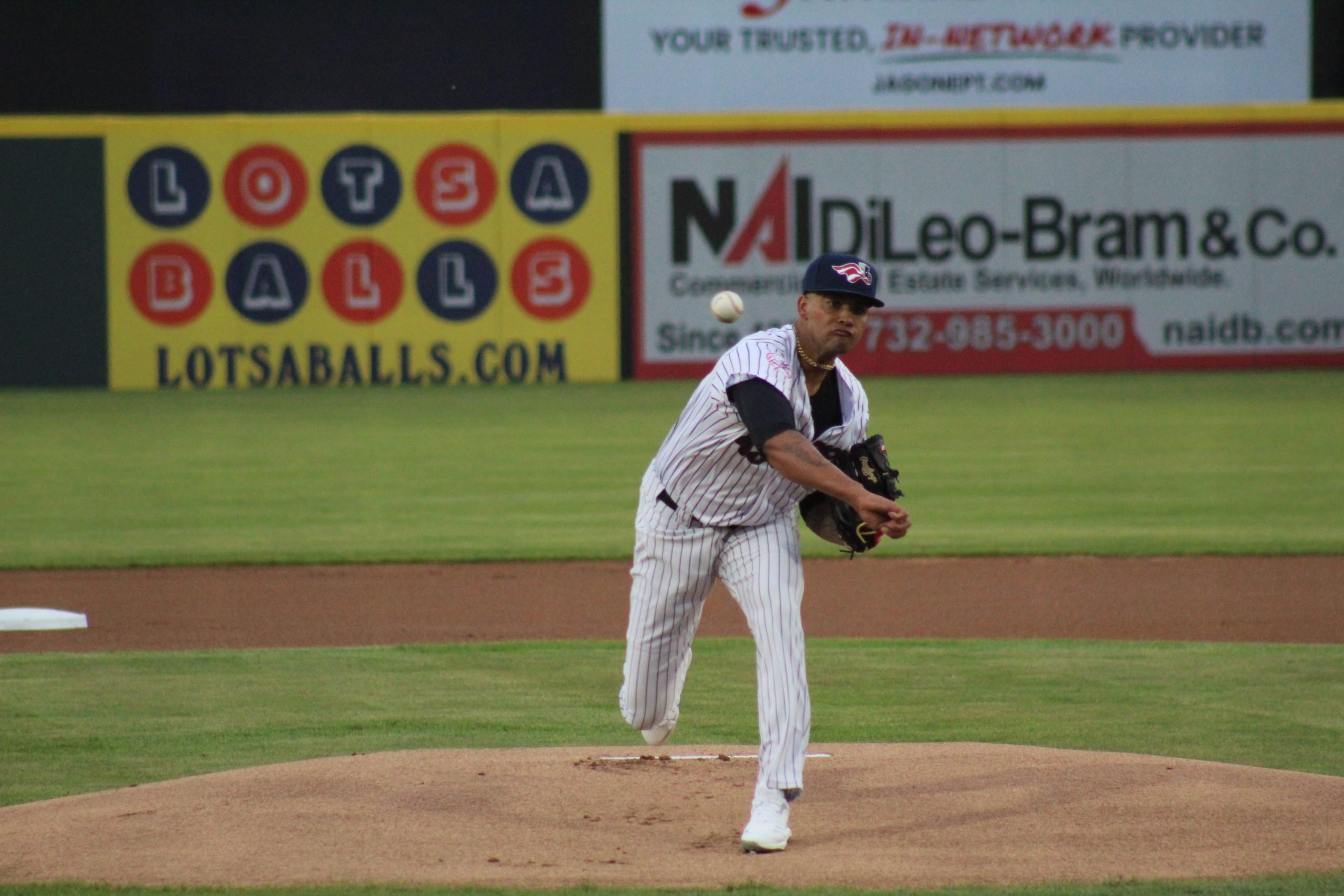 The Somerset Patriots have been the gold-standard of the Atlantic League and baseball in the independent ranks since their inception as a franchise in 1998. On Tuesday night, the team put pen to paper to begin writing their first chapter as a Yankees minor league affiliate with a 6-0 shutout victory over the Harrisburg Senators at TD Bank Ballpark.

Manager Julio Mosquera handed the ball to highly touted pitching prospect Luis Gil and he flashed moments of dominance in his season debut. The right-hander, ranked as the Yankees fourth best prospect by Baseball America, allowed just two hits and issued one walk while fanning six batters over 3.2 innings of work. On a standard early season pitch count, Gil tossed 63 pitches on the night, 38 of which went for strikes and generated a swing-and-miss on nine of them (24%). 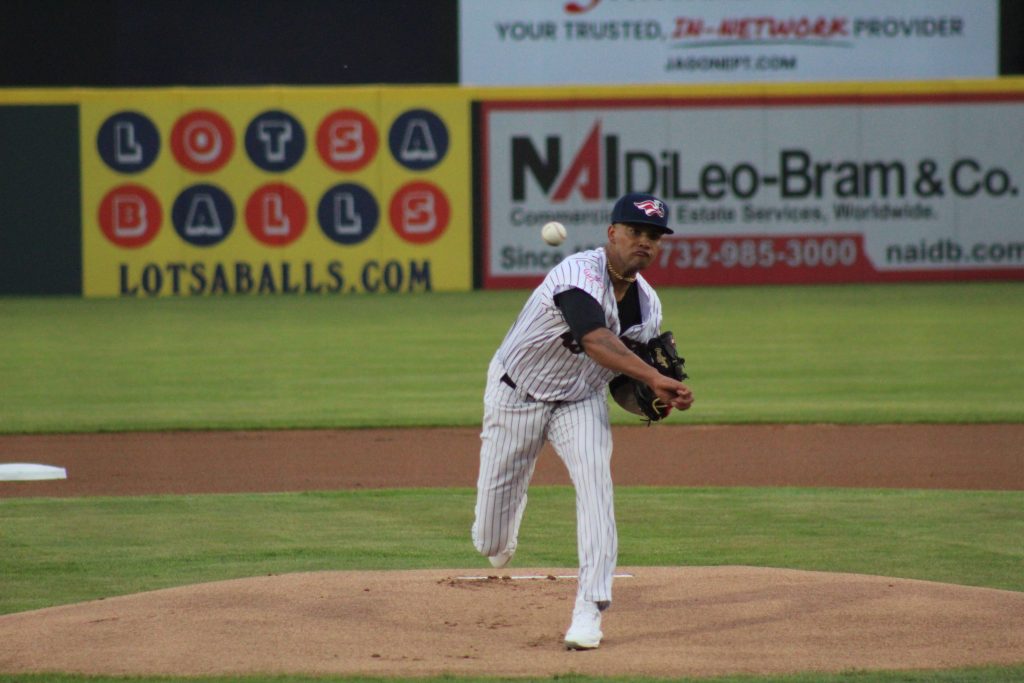 “I think that he attacked the zone as much as he could,” said Mosquera. “There were a couple pitches in there that he felt like he couldn’t get a call, but that’s fine, you’ve just got to keep making pitches.”

Mosquera added, “He mixed his pitches a lot and didn’t just rely on his fastball, so that’s something that I saw that I thought was good.”

Before many of the 1,903 fans on hand were even settled into their seats, centerfielder Estevan Florial sent a 2-0 offering from Nationals prospect Tim Cate over the right fielder wall to give Somerset a 1-0 advantage right out of the gate. Following a Diego Castillo sac-fly later in the inning, left fielder Thomas Milone jacked a three-run homer to right to give Somerset a 5-0 first inning lead. That was more than enough of support for Gil and the Patriots bullpen to give Mosquera his first victory as a manager at the Double-A level. 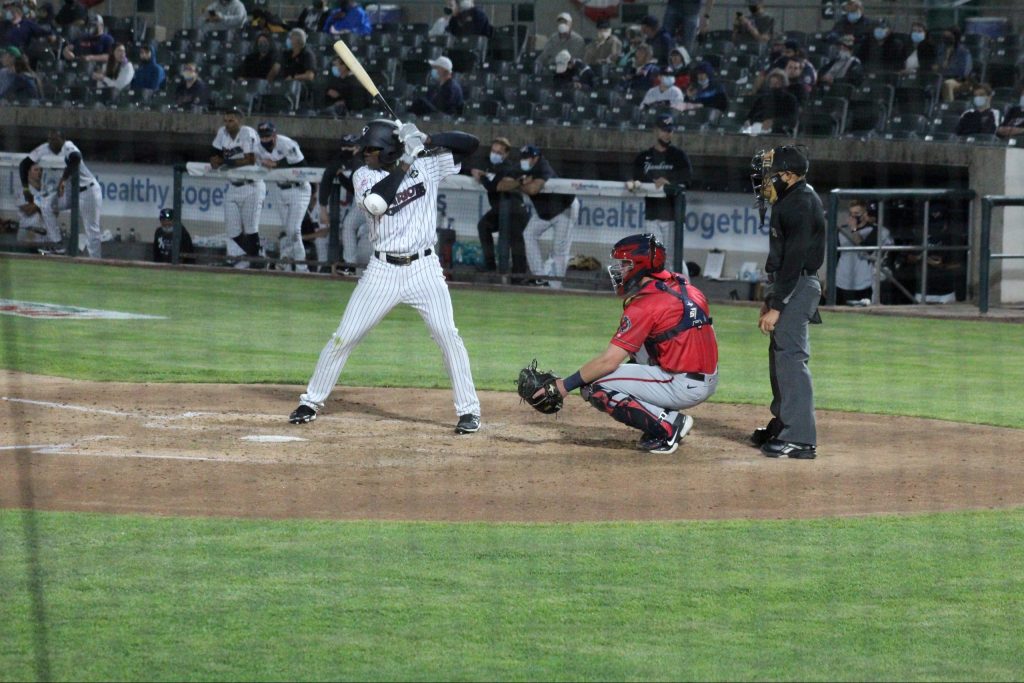 “I just want to say to the fans, thank you; this was for you” Mosquera said . “It was a big win for all of us and there’s nothing better than starting out on the right foot.” 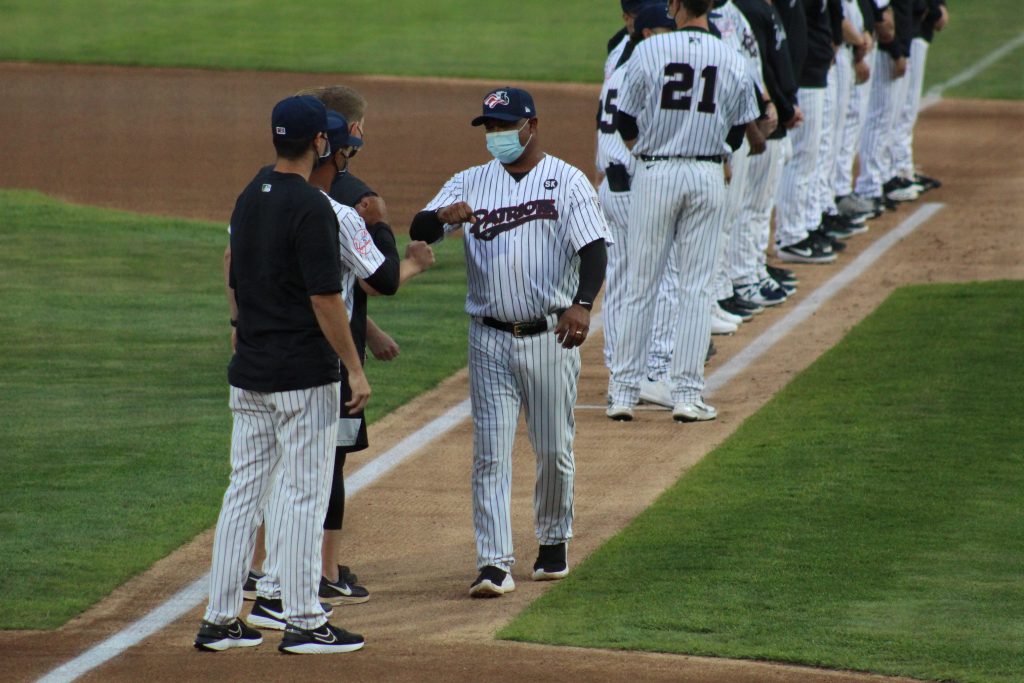 When asked about what his bread-and-butter is in a strikeout situation, Marinaccio added “A bunch of change-ups today, in previous years it’s probably more fastball-slider. Diving into the analytics a little bit this year and they’re like ‘yeah, your change-up is way better than your slider’ and that’s kind of where I’ve been going with that.”

Marinaccio added, “I’m still working to get that slider sharper and sharper, but the change-up is kind of something that I’ve discovered to be much more of a weapon than I thought it was. Today, I could tell the difference a bunch that hitters weren’t looking for that change-up as much. I’m sure it’s not on scouting reports, but I’m sure it will be soon.”

The Patriots continue their six-game set with Harrisburg on Wednesday night at TD Bank Ballpark. First pitch is slated for 7:10 P.M. with Right-hander and New Jersey native Shawn Semple taking the mound for Somerset in his season debut. He will be opposed by 26-year old right-hander Mario Sanchez of the Senators.