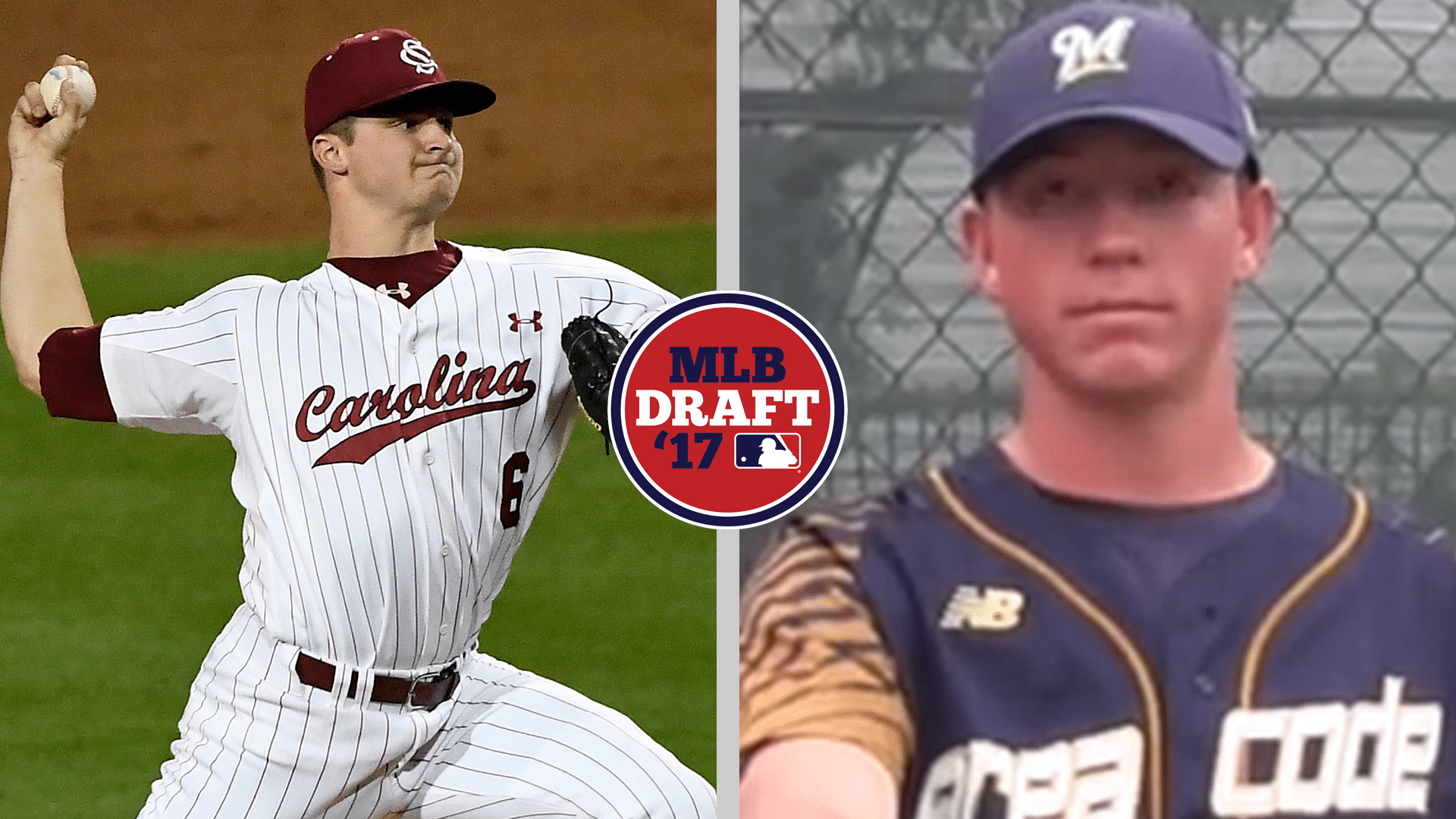 With the 16th overall selection in the first round of the 2017 First-Year-Player Draft, the New York Yankees selected right-handed pitcher Clarke Schmidt out of the University of South Carolina.  Schmidt, 21, was an interesting selection by the Yanks due to the fact that this past April he had Tommy John surgery.

Prior to the draft, the Yankees were connected to several High School picks, but all of them were taken before the 16th pick was up in the draft.  With that, the Yankees decided to go to a college arm who if and when is healthy could be a quick mover through the system.

Many fans are questioning why they would take a risk with a guy who just had Tommy John surgery?  Well, the Yankees are in the position where they could take a chance like that.  The Bronx Bombers farm system is strong enough to where they are not in immediate need to rush a kid through the system, and with the upside, Schmidt has the reward could be high.

Schmidt has a 15-9 record over three college seasons with South Carolina, owning a career 3.21 ERA in 45 games, 26 starts, and striking out 254 batters over 230 innings before succumbing to injury this season.  He went undrafted out of High School but owned a career ERA of 1.55 for Allatoona HS.

In a press release issued by the New York Yankees, Damon Oppenheimer raved about him:

“Schmidt’s got four pitches that at times are all plus. He has command, he has makeup. We really like his delivery. He’s got a chance to be a top end of the rotation type of guy who combines pitchability with power stuff. And you always like it when they’re the Friday night guy, pitching and having success in that conference.“

In the statement, he also noted that Schmidt should be back pitching at full strength in one-year, which would line him up to open the 2018 season with a Short Season club.

With the Yankees, second round pick the Yankees went with a high school arm, one that is sure to sign for an above slot bonus.  Which would make sense given the Yankees should save a considerable amount of money signing Schmidt.

Matt Sauer, 18, out of Righetti High School is a prospect that Yankees fans could get excited about soon.  At 6-foot 4-inches and 195-pounds, he projects to be a solid pitcher for the Bombers.  As of right now, he sits in the 91-95 miles per hour range with his fastball, touching 97.  He was projected to be a first-round draft pick but fell to the Yankees at the 54th overall pick in the second round and was ranked as the 28th best prospect in the entire draft by both Baseball America and MLBPipeline.com

“Sauer is a projectable high school right-hander who is athletic, with a ‘now’ fastball and a plus slider,” said Oppenheimer in the statement from the team. “He really has a good way about his aggressiveness and makeup on the mound. We see a chance there for a starter with power stuff.“

After the Yankees had made their second round, it became apparent the Yankees were willing to take a chance in this draft.  Hoping to fill some of those top prospect slots as they graduate and dare I say trade some away from their current depth.

Once healthy Schmidt should move relatively quick, and it is important to note he is not the first player who has undergone Tommy John surgery to be drafted in the first round.  Erick Fedde, Walker Buehler, and Jeff Hoffman all went in the first round after undergoing the procedure.

One thing is for sure, judging by the first two picks it will take some time to determine how the Yankees will make out in this draft.