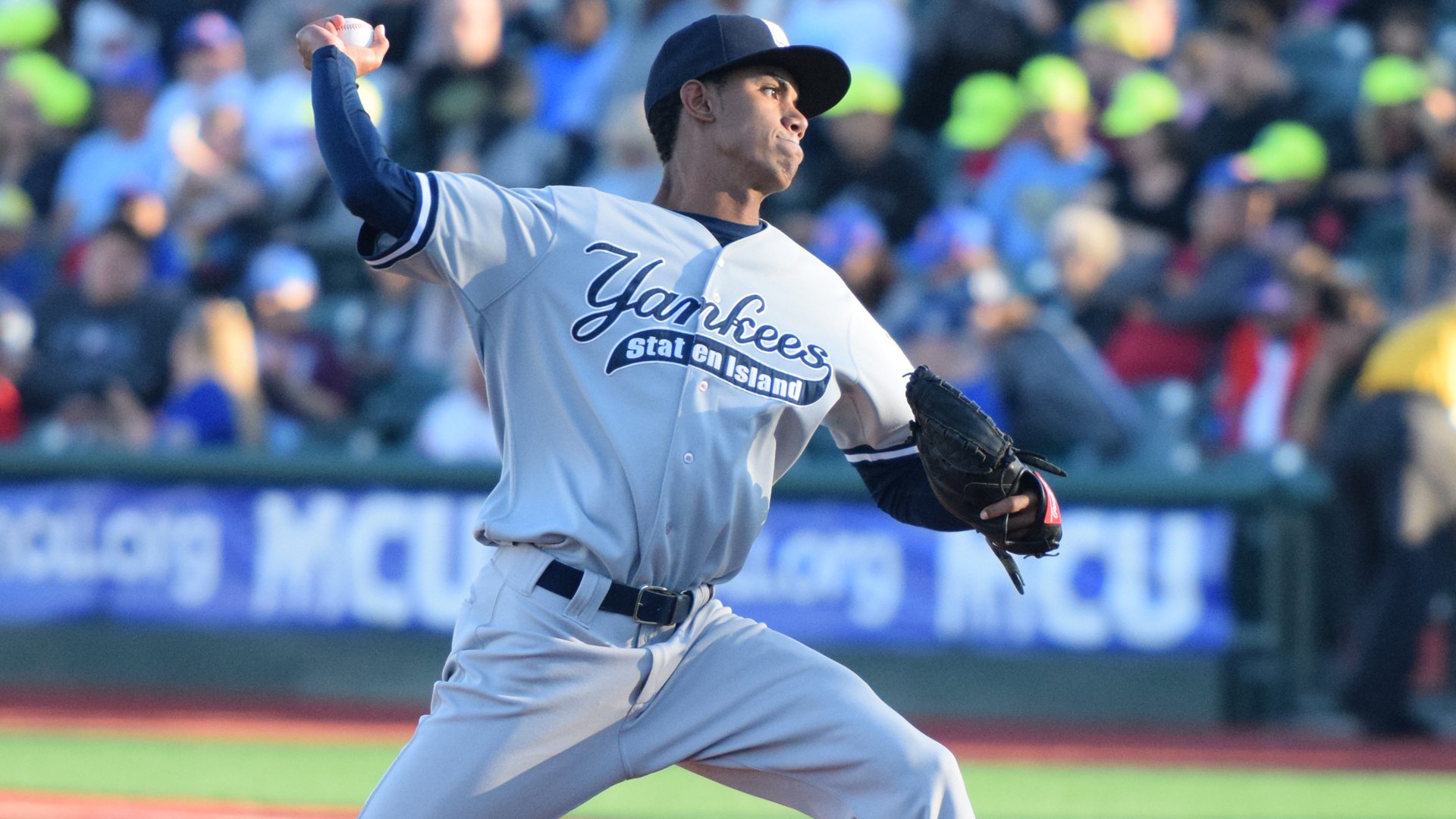 Adonis Rosa held the Aberdeen IronBirds to 4 hits and 1 walk over 6 2/3 innings, striking out 5 batters to earn his second win of the season as the Staten Island Yankees snapped a 5-game losing streak.  With the win the Baby Bombers find themselves alone once again at the top of the McNamara Division.

The Staten Island victory was powered by a 3-run sixth inning.  Danienger Perez started it off with a soft line drive to second, moved to third on a throwing error by Aberdeen pitcher Andrew Elliott on a pickoff attempt.  Perez then scored on a sacrifice fly to left field by Dom Thompson-Williams.  Nick Solak then walked before Mike Ford homered to right field.

Brian Trieglaff pitched 1/3 of an inning allowing a walk and striking out 1 batters, he was followed by Chad Taylor who made a rehab appearance out of the bullpen.  Taylor struck out 2 batters in his lone inning of work before Brooks Kriske took over to earn his second save of the season, allowing a hti and a walk.

Tuesday night will be the rubber game of the series with Drew Finley scheduled to start for the Staten Island Yankees.