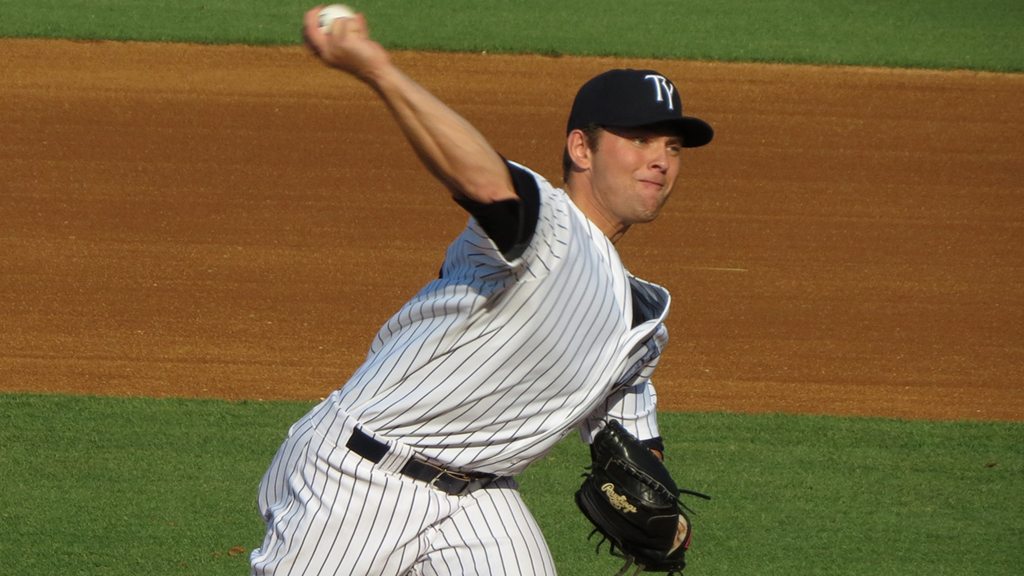 TRENTON, NJ – The Trenton Thunder fell behind before even taking a swing Wednesday night, but the Portland Sea Dogs went without a hit the final 8.1 innings as the Thunder rallied for a 5-1 win.

Starting pitcher, Chance Adams, retired the first two men he faced in the game before allowing a solo home run to No. 3 prospect in the Boston Red Sox organization, Andrew Benintendi. The Sea Dogs were held without a hit final 8.1 innings of the game, as J.R. Graham and Jonathan Holder each tossed a scoreless inning out of the bullpen to nail down a victory.

The offense trailed until the bottom of the sixth inning until they loaded the bases with no outs. Dustin Fowler and Miguel Andujar each drove sacrifice flies to center field for a 2-1 lead. The offense tacked on a run in the seventh with an RBI single by Billy Fleming to make it 3-1, before two more runs in the 8th for a 5-1 lead.

The Trenton Thunder and Richmond Flying Squirrels begin a four-game series Thursday night at ARM & HAMMER Park. First pitch is scheduled for 7 p.m. with LHP Daniel Camarena (5-1, 1.81) taking the ball for the Thunder.  Pre-game coverage begins at 6:40 p.m. on 91.3 FM, 1490 AM and online at www.trentonthunder.com.