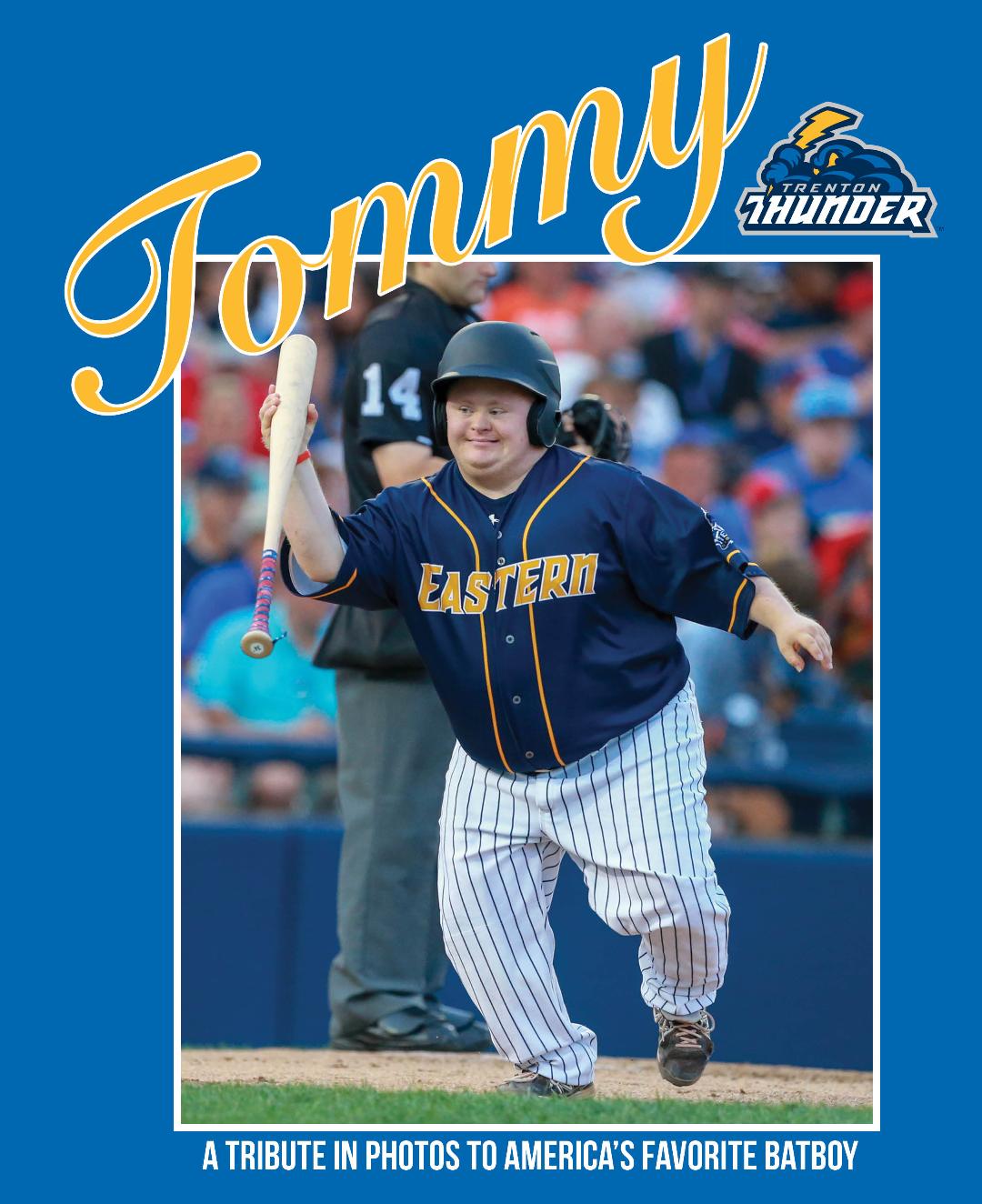 Thunder bat boy Tommy Smith has become somewhat of a local celebrity merely by bringing energy, passion and support on a nightly basis at ARM & HAMMER Park to the franchise that he serves. On Wednesday night, Tommy is hoping that the fans will do the same by coming out to 2019 Thunder on the Road: Miracle League of Mercer County All-Star Game at 185 Sawmill Road in Hamilton, NJ.

The Miracle League of Mercer County is a non-profit organization that provides children with special needs and disabilities, like Tommy, an outlet to play baseball on a state of the art barrier-free field. 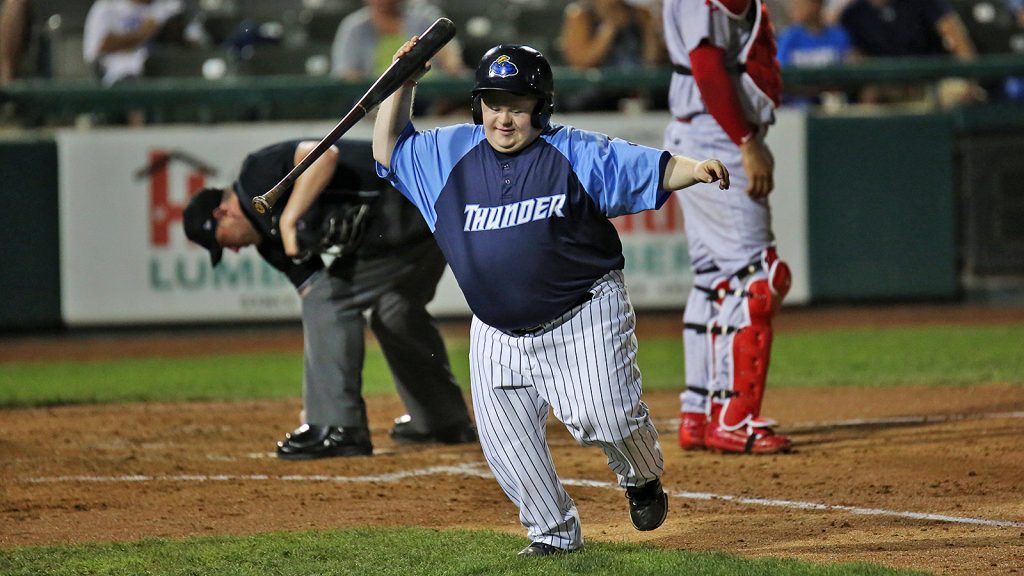 Thunder team photographer Michael Dill is releasing his brand new photo book titled “Tommy Smith: America’s Favorite Batboy” and it is filled with over 75 photos capturing the essence of Tommy and how much that he means to the franchise and all of the people surrounding it throughout his near four season tenure in his role.

Dill added, “Tommy has become iconic. I watch him in the dugout with players, his interactions with fans and members of the Thunder staff. His smile is infectious. He is just so special and has become a big part of the experience when coming to a Trenton Thunder game at ARM & HAMMER Park. People with disabilities can look at Tommy and have hope that they too can excel.”

Tommy himself will be on hand on Wednesday night at the all-star game to autograph copies of the new book, which will be available for purchase for a fee of $20 with all proceeds going directly to the MLMC. It should be noted that payment can only be accepted via check made payable to Miracle League of Mercer County. Admission to the event will be $5.00 and tickets can be purchased in advance by clicking this link.

Once the book is released on Wednesday at the event, it will be available for purchase via check in various local shops and businesses in the surrounding area. Dill has advised that those businesses include Brothers Pizza in Hamilton, Carella’s Chocolates & Gifts in Hamilton and Captain Paul’s Firehouse Dogs in Lawrence with more participating locations to be added shortly.

Since the announcement of the book came late last week across various social media platforms, Dill advised that the outpouring of interest and support has been overwhelming with people wanting to purchase the book from across the country. If you cannot attend Wednesday’s event or do not reside locally to retailers, books can be ordered through the mail by sending a check in the amount of $26 made payable to MLMC. Mail orders should be sent to the following: Miracle League of Mercer County (Attn:  Dan Sczweck), 1315 Whitehorse Mercerville Road – Hamilton, NJ. 08619.