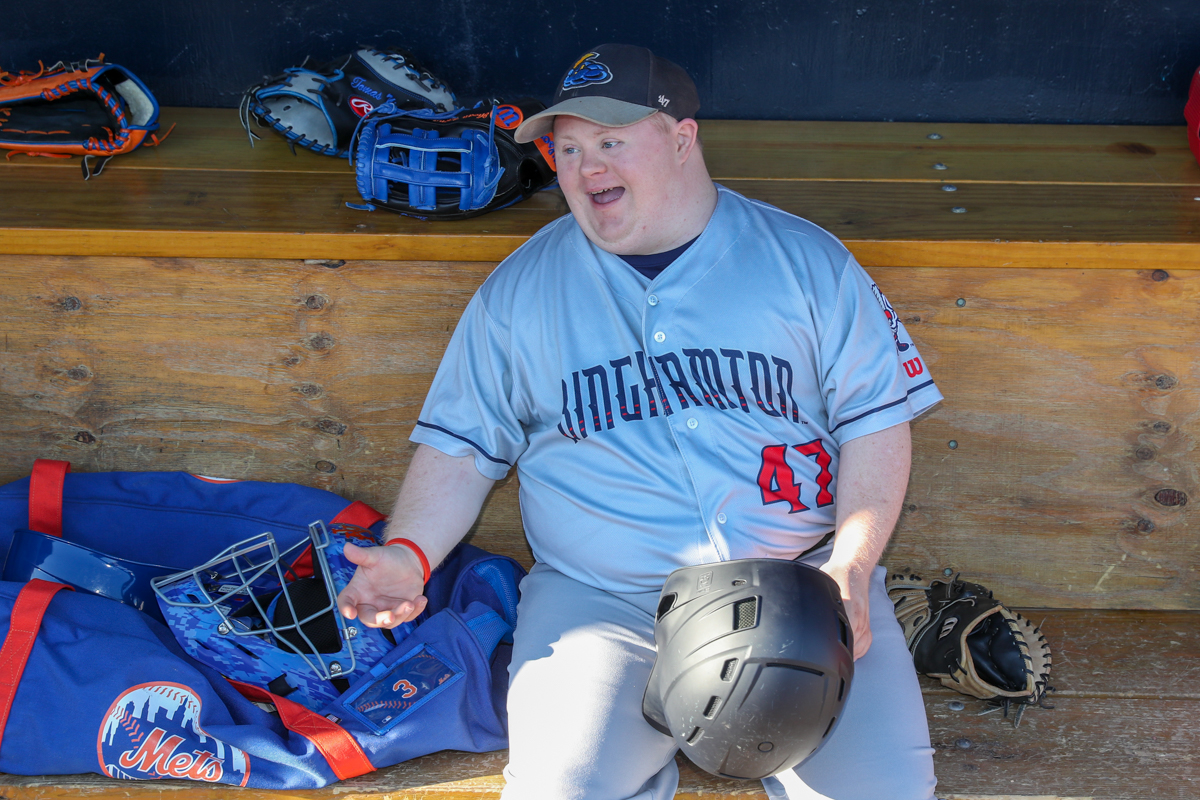 TRENTON – You would be hard-pressed to find a happier and more jovial person on a given night at ARM & HAMMER Park than Thunder bat boy, Tommy Smith. In his third season with the club, Smith has become beloved and serves as a source of inspiration to all that grace the home clubhouse. On Tuesday night, Smith found himself pulling bat boy duty in enemy territory.

The 27-year old Smith, who recently captured a bronze medal at the Special Olympics earlier this month, had been lobbied by Binghamton outfielder Tim Tebow to join him as his special guest in the opposing dugout. After hesitating at first, Smith accepted the offer from the former NFL star and Heisman trophy winner. Smith donned a No.47 Rumble Ponies jersey and his normal Thunder batting helmet and worked from an unfamiliar vantage point. 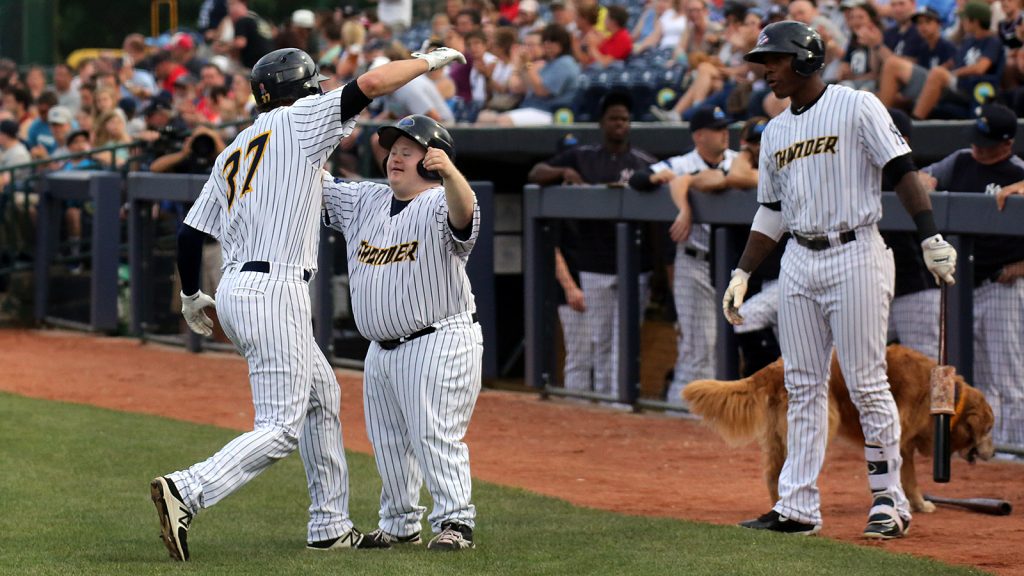 “He’s really cool,” Tebow said to the media during his pregame availability. “I love it every time he gets a bat and he starts putting his hands up and getting crowd hype. It brings me a lot of joy to watch that and also watch the crowd react to him.”

Off of the field, Tebow exerts much of his passion and time towards organizing charitable events and outreaches for people with special needs through his foundation. A highlight of his campaign is Night to Shine, a global prom held on the same night across 537 churches spanning 16 countries that gave 90,000 individuals with special needs a night that they will never forget.

“It’s pretty cool,” said Bell. “He wanted to go to Binghamton. I may draw up some papers tomorrow, so we’ll see.”