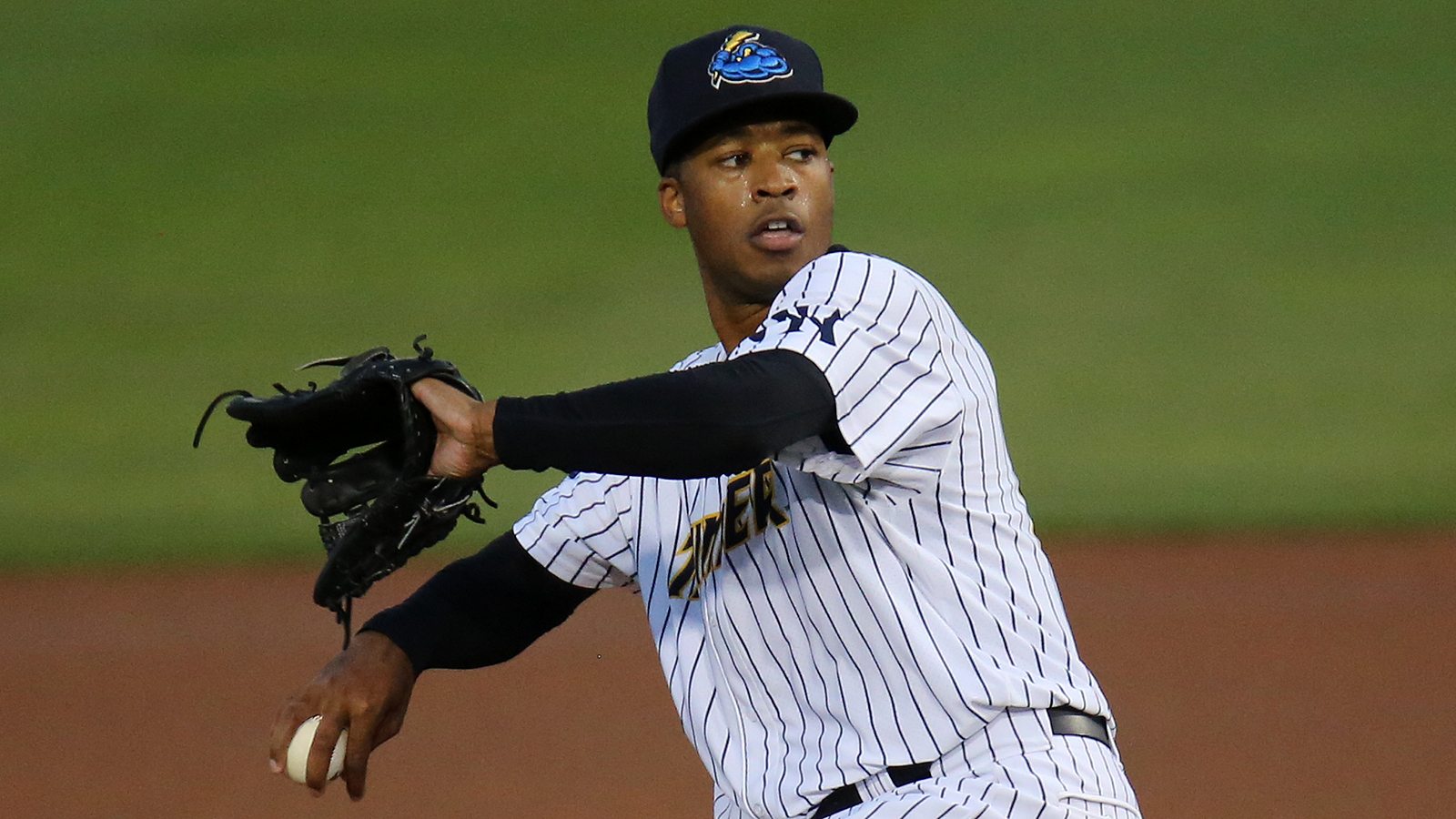 Dillon Tate went seven innings, gave up four runs on five hits, struck out eight, and walked one as he improved to 3-2 on the season (Martin Griff)

TRENTON – The Thunder mounted a 5-2 advantage over Portland in the opener of their three-game slate on Friday night at ARM & HAMMER Park, only to watch the Sea Dogs rally against the bullpen for three runs in the eighth and one in the ninth against right-hander Andrew Schwaab to secure a 6-5 victory.

Thunder hurler Dillon Tate turned in his third consecutive solid start by limiting the Sea Dogs to a pair of early runs over five strong innings. The 23-year old right-hander allowed five hits and surrendered two walks to go along with four strikeouts during his season-high 95-pitch outing.

“I thought that he [Tate] did a pretty good job tonight,” admitted Manager Jay Bell. “That first inning was a little bit of a struggle for him, but he ended up bouncing back and coming through and got us through five, which is exactly what we needed.” 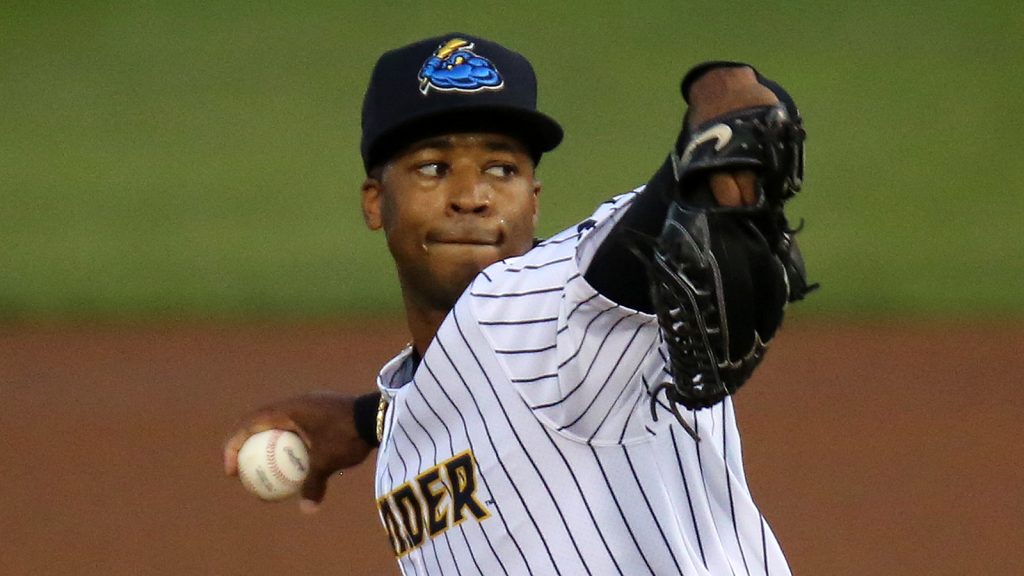 After falling behind 2-0, a second inning RBI single by Rashad Crawford (2-for-3) and a third inning RBI groundout by third baseman Mandy Alvarez allowed Trenton to knot the score at two.

A sixth inning sac-fly by Crawford put Trenton on top 3-2 before Alvarez and outfielder Trey Amburgey swatted a pair of RBI doubles in the seventh inning to give Trenton a comfortable 5-2 lead.

Right-hander Kaleb Ort came on in relief of Tate in the sixth inning and struck-out four batters in two innings of work. The hard-throwing reliever has now fanned 15 batters in just 7 2/3 innings this season.

Ort issued a leadoff walk in the eighth inning to Quiroz, which quickly prompted Bell to summon Schwaab from the bullpen. A bad error by second baseman Bruce Caldwell and a walk issued to centerfielder Tate Matheny set the stage for left fielder Luke Tendler, who delivered a well-struck bases clear double off the base of the right field wall to tie the game at five runs apiece.

“We had the leadoff walk in the eighth and then end up having the error,” explained Bell. “Just a couple of things here and there that kind of led to a big inning.”

Sturgeon was able to work a leadoff walk against Schwaab to open the ninth inning ultimately came around to score the games winning run on a wild pitch from the righty.

Thunder shortstop Vince Conde (3-for-4) reached scoring position in the ninth, but neither Alvarez or designated hitter Matt Synder were able to bring him home.

“We had a chance in the ninth, but just couldn’t come through,” said Bell.