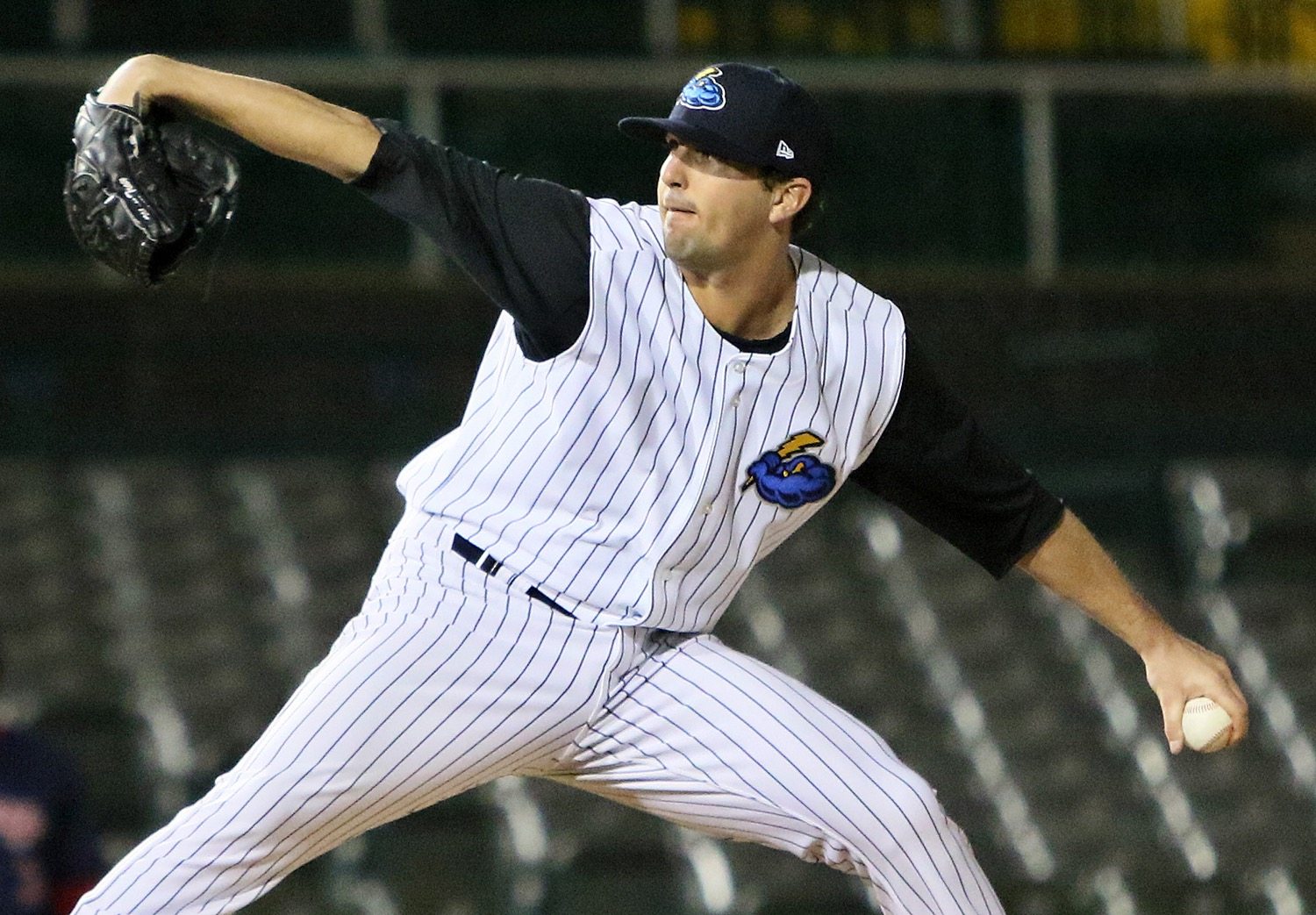 TRENTON, NJ – One day after defeating the Flying Squirrels 2-0 in a tidy two hours and 12 minutes, the Thunder pulled out a back-and-forth victory, 12-8, over Richmond in front of 5,732 fans at ARM & HAMMER Park on Thursday night.

Richmond rallied from a 6-1 deficit in the fifth inning to tie the game at 6-6, only for the Thunder to take the lead back in the bottom half of the inning. Lane Adams reached on an error to begin the frame, stole second, and stood on third after Sebastian Valle’s single. Mark Payton followed with a two-run triple for his first hit with the Thunder in 2016.

The Flying Squirrels came within a run in the sixth inning, when Ricky Oropesa homered off of Caleb Smith. RHP Dilllon McNamara entered with runners on the corners later in that inning and got Austin Slater to fly out to keep the one-run lead for the Thunder. McNamara also worked out of a jam in the seventh with a strikeout of Jeff Arnold and the tying run standing on third.

The visitors finally drew the game even in the eighth inning against McNamara when Slater drove in Myles Schroder with a sacrifice fly to deep right field.

Trenton came roaring back in the bottom of the eighth inning against fire-balling RHP Ray Black. Dan Fiorito singled to start the frame and Cito Culver bunted him into scoring position. Tyler Wade and Dustin Fowler then worked walks to load the bases for Lane Adams. Adams came through with a base hit to right field and Kyle Higashioka followed him with a ringing three-run double to left field to take a 12-8 lead for the Thunder.

Dustin Fowler hit his first home run of the season in the third inning with a long two-run shot off of Richmond’s Andrew Suarez. Fowler is 10-for-25 (.400) with five runs scored and four RBI’s over his last six games. Adams, Higashioka, Valle and Culver all paced the Thunder offense with two-hit games. Culver drove in a season-high three runs in the victory.

The Thunder finished off a sweep of Richmond with Thursday’s victory, despite being outhit by the opponent in each game. The Thunder set a season-high with 12 runs scored in the game and tied their season-high with 13 hits. Richmond has lost 13 straight games, proving they don’t have triskaidekaphobia.

Your Thunder will begin a three-game series with Reading tomorrow night at 7pm at First Energy Stadium. RHP Matt Wotherspoon will start for the Thunder, RHP John Richy will for the Fightin Phils. Pre-game coverage will begin at 6:50 on 91.3 FM WTSR and online at TrentonThunder.com.