Thunder Drop Both Ends of Doubleheader 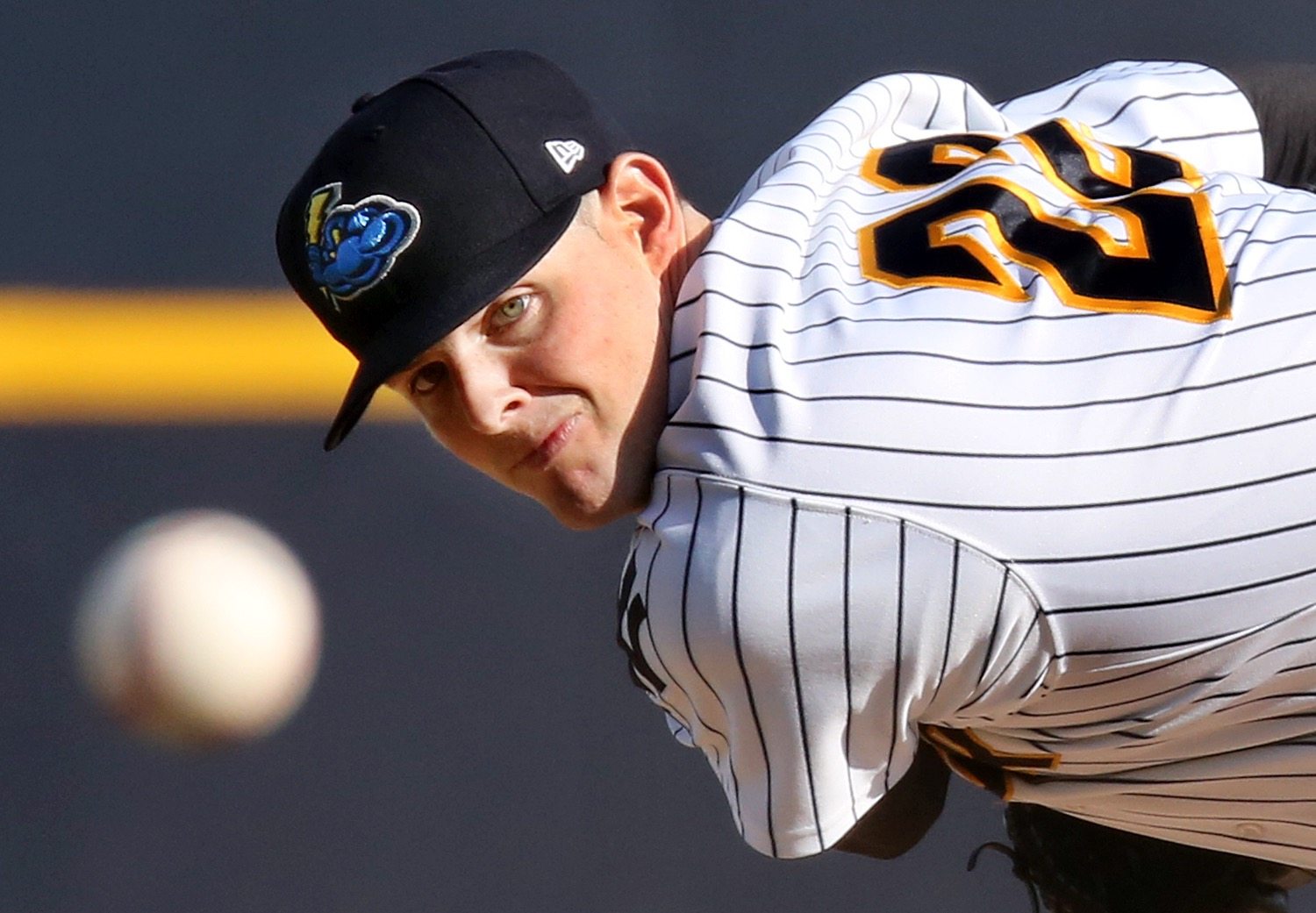 READING , PA — The Trenton Thunder dropped both games of a doubleheader Sunday afternoon to the Reading Fightin Phils at First Energy Stadium.

Game 1 of the doubleheader was back-and-forth in the early going, with the Thunder taking a 2-1 lead in the second inning before Reading struck right back with a pair of runs on a Jorge Alfaro single to make it 3-2. In the top of the 3rd inning Dustin Fowler doubled with two outs when Tyler Austin followed with a single right behind him to tie the game 3-3.

The Fightins plated a go-ahead run in the bottom half of the inning and then piled on three more runs in the bottom of the 4th for a comfortable 7-3 lead. The Thunder never brought the tying run to the plate the rest of the way.

In Game 2, Reading used a home run by Joel Fisher to take a 1-0 lead in the bottom of the 3rd inning. Jordan Montgomery had retired the first eight men he faced before Fisher took the first pitch he saw- and the first pitch he had seen in his Double-A baseball career- over the wall for a solo home run. Consecutive RBI-doubles plated runs an inning later for Reading which made the game comfortable in the 4th inning, 3-0.

Closer Gregory Infante, entered and after the Thunder had notched three hits through the first six innings of the game the first three men notched hits and plated a pair of runs to cut the deficit to 3-2. Juan Silva walked with no outs to put Sebastian Valle at second base with Dan Fiorito up. A 6-4-3 double play pushed Valle to third base, but there were two outs with Cito Culver at bat. Infante offered his second wild pitch of the inning to bring home the game-tying run and even the score, 3-3.

In the bottom of the 9th inning with one out and Rhys Hoskins at first base, Tyler Jones offered a wild pitch of his own to put the potential tying run in scoring position with one out. Harold Martinez bounced a grounder over the mound and it was backhanded by Tyler Wade, but as he planted and threw to first base his throw was in the dirt and Martinez reached on an error when Austin had to come off the bag and block it. Angelo Mora followed with one out and runners at first and third by lining a ball to centerfield that Fowler had to make a headlong dive for, and allowed Hoskins to score on a sacrifice fly.

The Thunder fell for a third straight game in their second sweep of the season, dropping their record to 22-19 on the season.

Trenton piles on the bus following the game and makes the 90-minute ride back to ARM & HAMMER Park to begin a four-game series Monday night against the New Hampshire Fisher Cats. First pitch is scheduled for 7:00 p.m. with it being Bat Dog Celebration Night at the ballpark, presented by Fetch… for Pets! with all dogs welcome to attend the ballgame. Pregame coverage begins at 6:40 p.m. on 91.3 FM and online at www.trentonthunder.com.