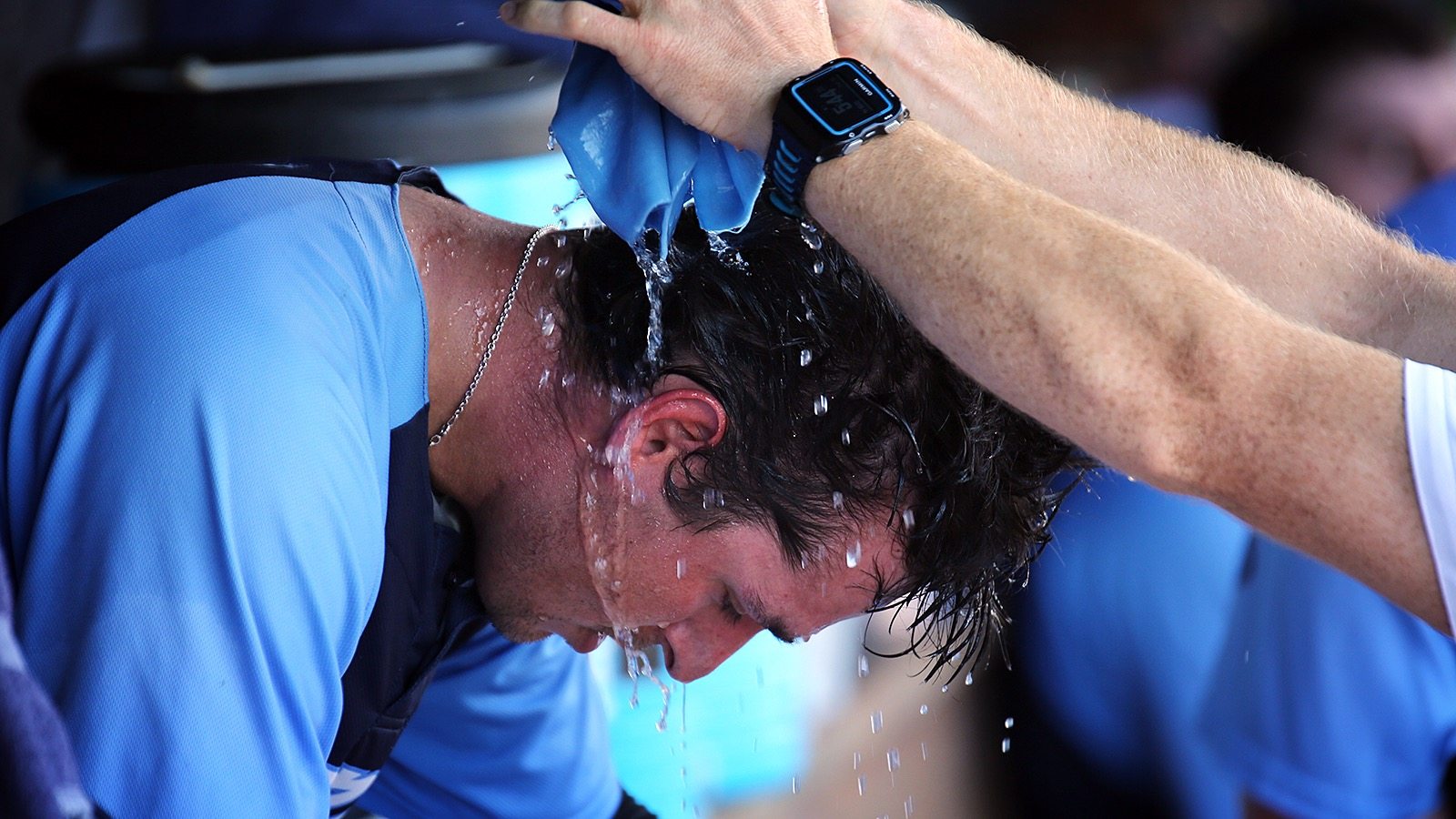 Sunday Trenton starter Caleb Smith gets a break from the heat in between innings. (Photo by Martin Griff)

TRENTON, NJ  – The Trenton Thunder lost to the New Hampshire Fisher Cats Sunday evening, 6-4, falling in a home series for the first time in 2016.

Trenton’s starting pitcher Caleb Smith was given a 2-1 in lead in the bottom of the third inning with some two-out offense contributing to the early lead. Michael O’Neill walked with two outs off New Hampshire’s starter, Shane Dawson which set the stage for consecutive two-out RBI triples from Tyler Wade and Dustin Fowler. Fowler’s triple extended his single-season record to 12, and tied him for second place on the franchise career triples list with Jose Pirela and Corban Joseph.

New Hampshire stretched the lead to 6-3 entering the bottom of the ninth inning, but the Thunder ultimately brought the go-ahead run to the plate. Pinch-hitting Mark Payton walked to begin the inning before Fowler connected on a single to center field two batters later to bring up the tying run in Miguel Andujar. After Andujar singled home Payton, Mike Ford came to bat as the game-winning run but popped out in foul territory to end the game.

Trenton enjoys its final off-day of the regular season before beginning a stretch of 21 games in 21 days to wrap-up the campaign. The Hartford Yard Goats split a doubleheader earlier in the day, so the Thunder hit the day-off with an 8.5-game lead over the second and final playoff spot in the East Division.

The Thunder return to action Tuesday night in the first of nine straight days with a game at ARM & HAMMER Park. A three-game series against the Akron RubberDucks begins with RHP Will Carter (0-2, 4.87) taking the ball for the Thunder against RHP Julian Merryweather (3-4, 4.33) for a scheduled 7:00 p.m. first pitch. Pregame coverage is set for 6:40 p.m. on 91.3 FM and online at www.trentonthunder.com.