TRENTON – The Eastern League announced on Monday morning that Thunder infielder Abiatal Avelino and pitcher Michael King have been named the leagues Player and Pitcher of the Week, respectively.

One season after Trenton took home a record nine weekly awards, Avelino and King secured the first such honors of the 2018 for their efforts from July 25 – July 1. 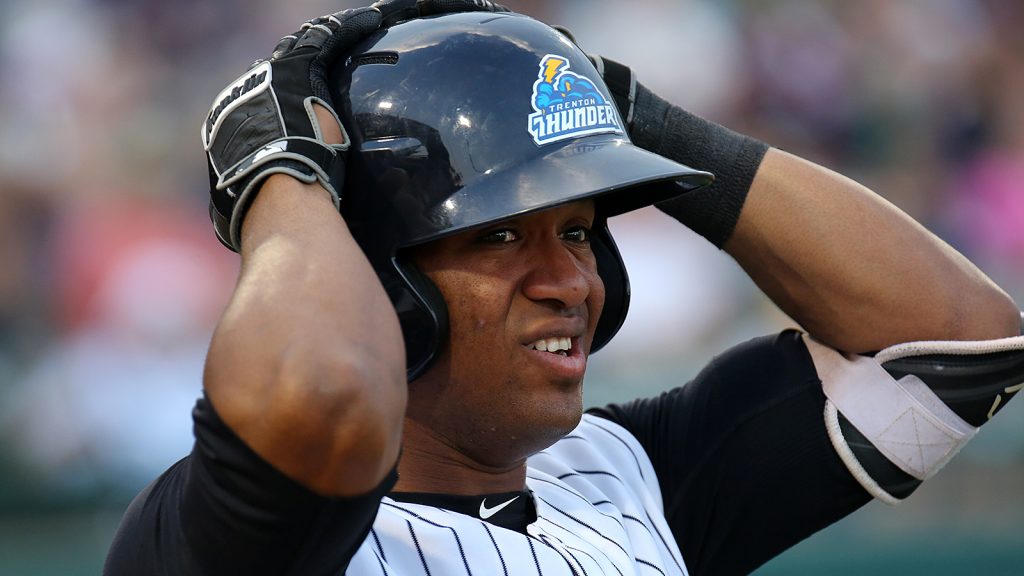 Avelino, who was named to the EL all-star team last week, batted .524 with a double, two homers, five RBI, eight runs scored, and two stolen bases in six games of action. The 23-year old Avelino blasted his 12th homer of the season in the first inning against New Hampshire on Monday night. The homer was his tenth for the Thunder and improves his Eastern League slash line to .347/.404/.567 on the season. Avelino has also swiped 20 bases on the season, which is good for a tie with Ben Ruta for the organizational lead.

King is coming off of arguably the most dominant outing of his career on Saturday night after tossing a complete game, three-hit shutout with 11 strikeouts against New Hampshire at ARM & HAMMER Park. The 23-year old right-hander has been dominant since being promoted to Trenton back on May 20. In seven appearances (six starts) for the Thunder, King has gone 2-1 with a 1.91 ERA with 42 strikeouts and just nine walks over 47 innings – Eastern League opposition is hitting just .212 against the Boston College product.