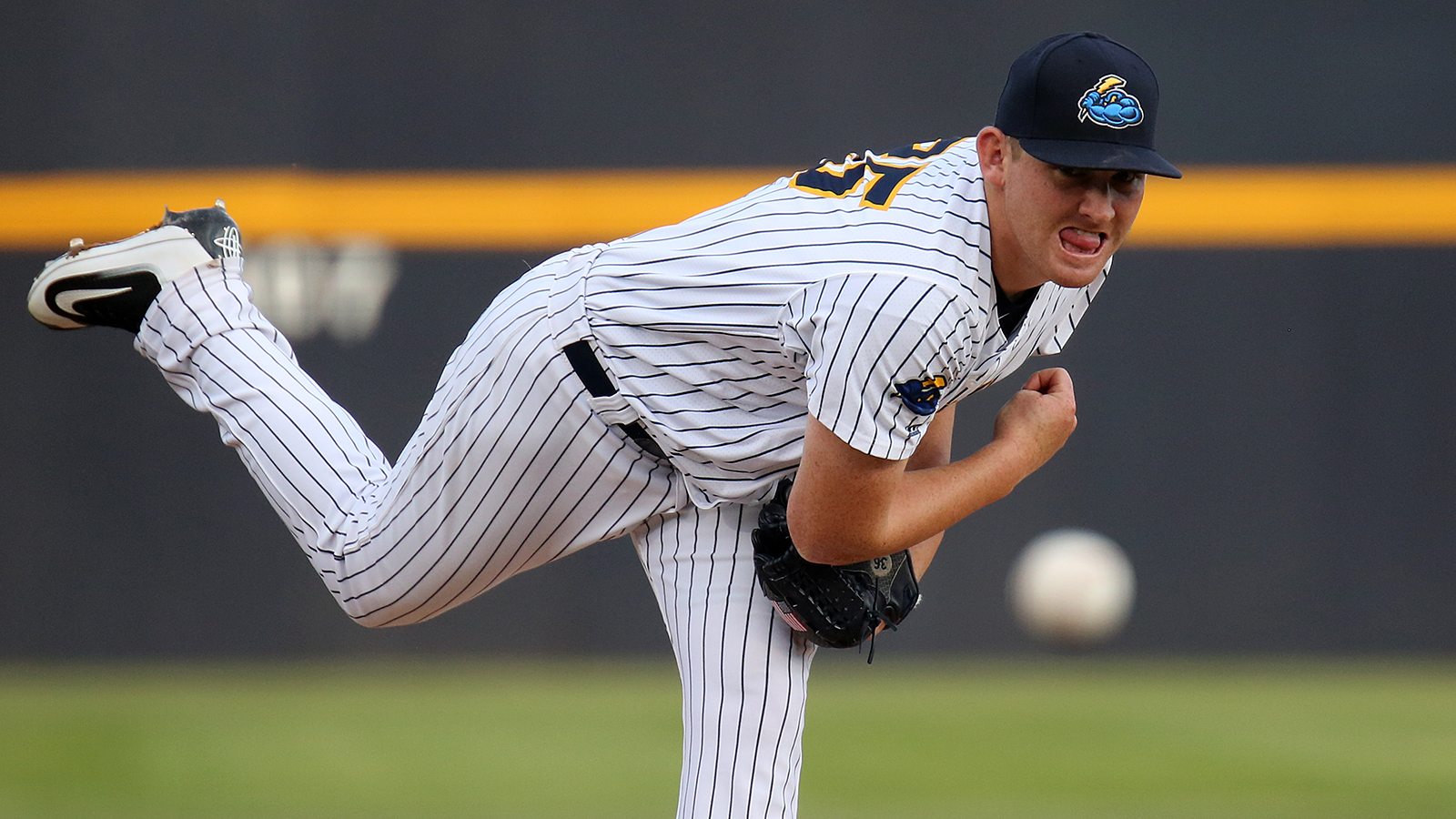 Zack Littell was dealt to the Twins on Sunday morning. (Martin Griff)

TRENTON – As the Thunder offense exploded for 10 runs and 12 hits on Tuesday night against the Richmond Flying Squirrels, the highlight of their 10-4 victory was the performance that they received from right-handed hurler Zack Littell, who tossed six shutout innings to earn his second victory in as many starts for Trenton. 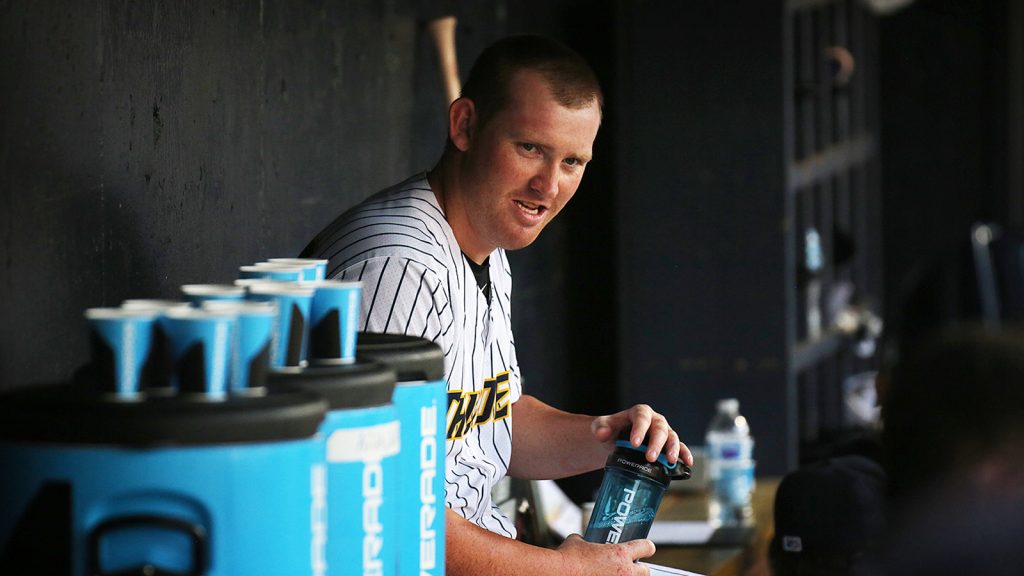 The Trenton Thunder’s Zack Littell against the Richmond Flying Squirrels in Trenton on June 27, 2017. (Martin Griff)

The box score would indicate that Trenton dominated the game, but both Littell and Richmond starter Cory Taylor matched zeroes for the first five innings before the Thunder exploded for ten runs over the sixth and seventh innings.

In his first Double-A start back on June 15 at Hartford, Littell allowed just two hits and fanned a career-high 10 batters over seven shutout innings before going back down to Tampa. The 21-year old was recalled to Trenton and is yet to allow an earned run over 13 frames while matching his career-best in strikeouts with 10 on Tuesday.

“I’m just trying to be better than I was last year,” explained Littell. “I think that is the goal every year. Obviously, I am getting older and maturing more and learning about myself much more. I think that is the difference every year, I get more and more mature in my mechanics and my delivery.” 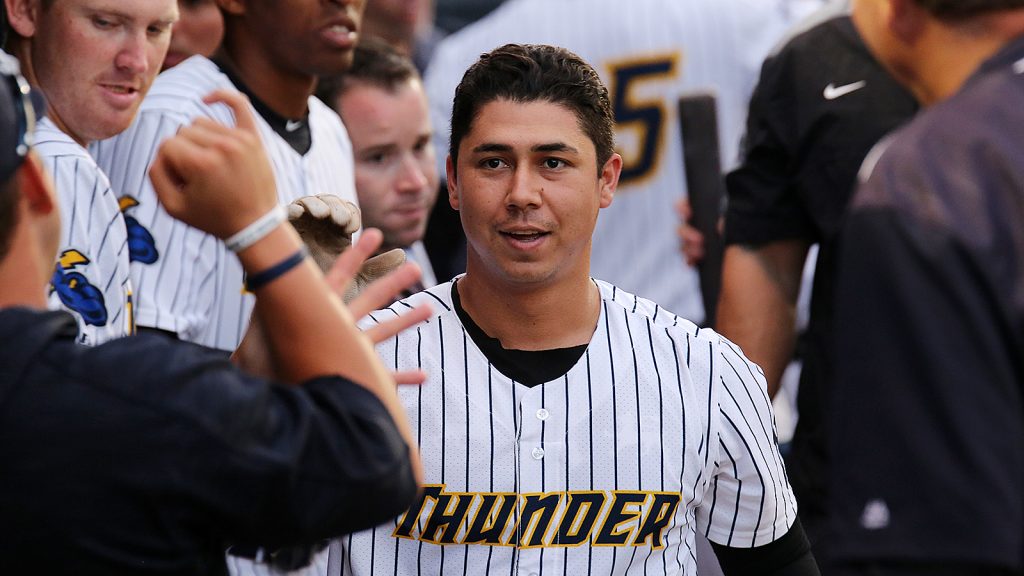 The Trenton Thunder’s Sharif Othman is welcomed into the dugout after homering against the Richmond Flying Squirrels in Trenton on June 27, 2017. (Martin Griff)

A leadoff homer in the bottom of the sixth from catcher Sharif Othman, who went 3-for-4 on the night, broke a scoreless tie and gave them a lead that they would not relinquish. An RBI single from Mike Ford plated Jorge Mateo, who went 2-for-4 in his Thunder debut, coupled with an RBI double by Zack Zehner highlighted the six-run frame for the Thunder.

After an RBI single by Rashad Crawford in the seventh, Zehner crushed a three-run homer over the left field wall to put the Thunder ahead 10-0.

Richmond was able to scrape together three runs against reliever Nick Rumbelow and another one off of Cale Coshow in the eighth inning to evade being shut out. Coshow was able to navigate through a bumpy ninth inning and Trenton held on for a 10-4 victory.