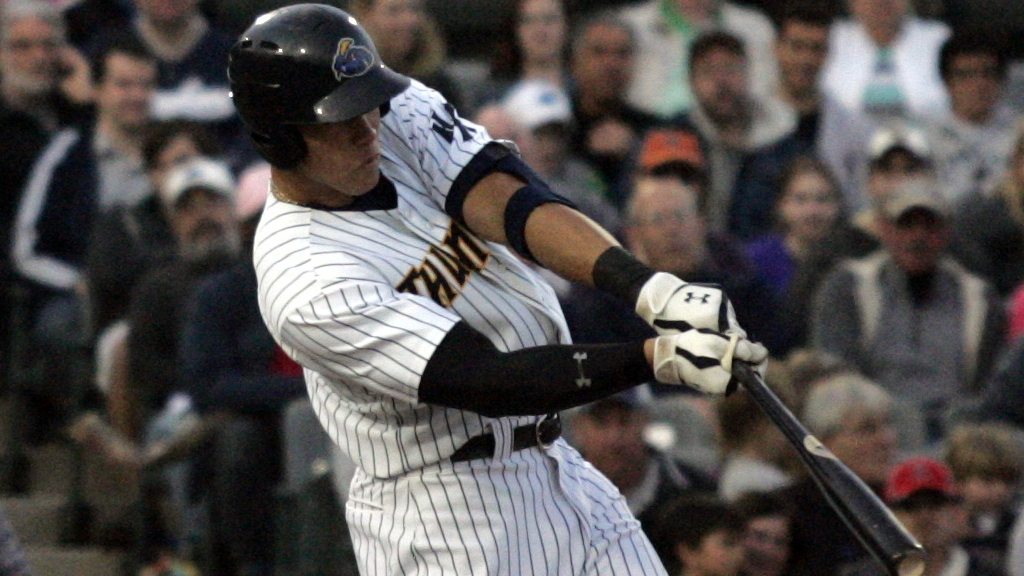 AKRON, OH – On a night with two games scheduled to be played, the Trenton Thunder and Akron RubberDucks officially got one in the books- a 7-2 Thunder loss- before the second was suspended in the 3rd inning due to rain and field conditions.

In Game 1, the Thunder and ‘Ducks went into the 6th inning tied 1-1 when Aaron Judge strode to the plate. After going hitless in his first two at-bats, Judge launched a home run to leftcenter field to put the Thunder ahead.

Just six outs from victory, Johnny Barbato allowed five runs on five hits as part of a six-run inning that put the RubberDucks ahead for good on the night. Barbato entered with season ERA of 1.52 but exited with it at 3.24. Tyler Naquin and Erik Gonzalez each homered in the frame, marking the first time this season the Thunder have allowed multiple home runs in an inning.

Starting pitcher Luis Niebla went 3.1 innings and allowed 5 ER in his only other start with the Thunder before Wednesday, and he lasted 4.1 IP and was touched for just one earned run. Though Akron scattered seven hits off him, Niebla was able to pitch around baserunners throughout his outing.

Game 2 began with the Thunder scoring an unearned run off Akron starter Adam Plutko on his throwing error in the top of the 1st inning.

After a pair of scoreless innings by Kyle Haynes, regularly scheduled starting pitcher Brady Lail entered with rains pouring down and proceeded to allow the bases loaded with two outs before the umpiring crew summoned the tarp to be pulled on the field. However, the tarp never made it onto the field completely with the rains weighing it down as the leading edge was dragged from shallow leftfield- resulting in the suspension until Thursday evening.

The Thunder and RubberDucks conclude their series Thursday with a doubleheader featuring a 5:05 p.m. scheduled first pitch. Game 1 of the doubleheader will resume in the bottom of the 3rd inning with the bases loaded and two outs with the Thunder ahead 1-0. Game 2 will begin approximately 30 minutes after the conclusion of Game 1. Pre-game coverage begins at 4:50 p.m. on 91.3 FM, 1490 AM or online at www.trentonthunder.com.