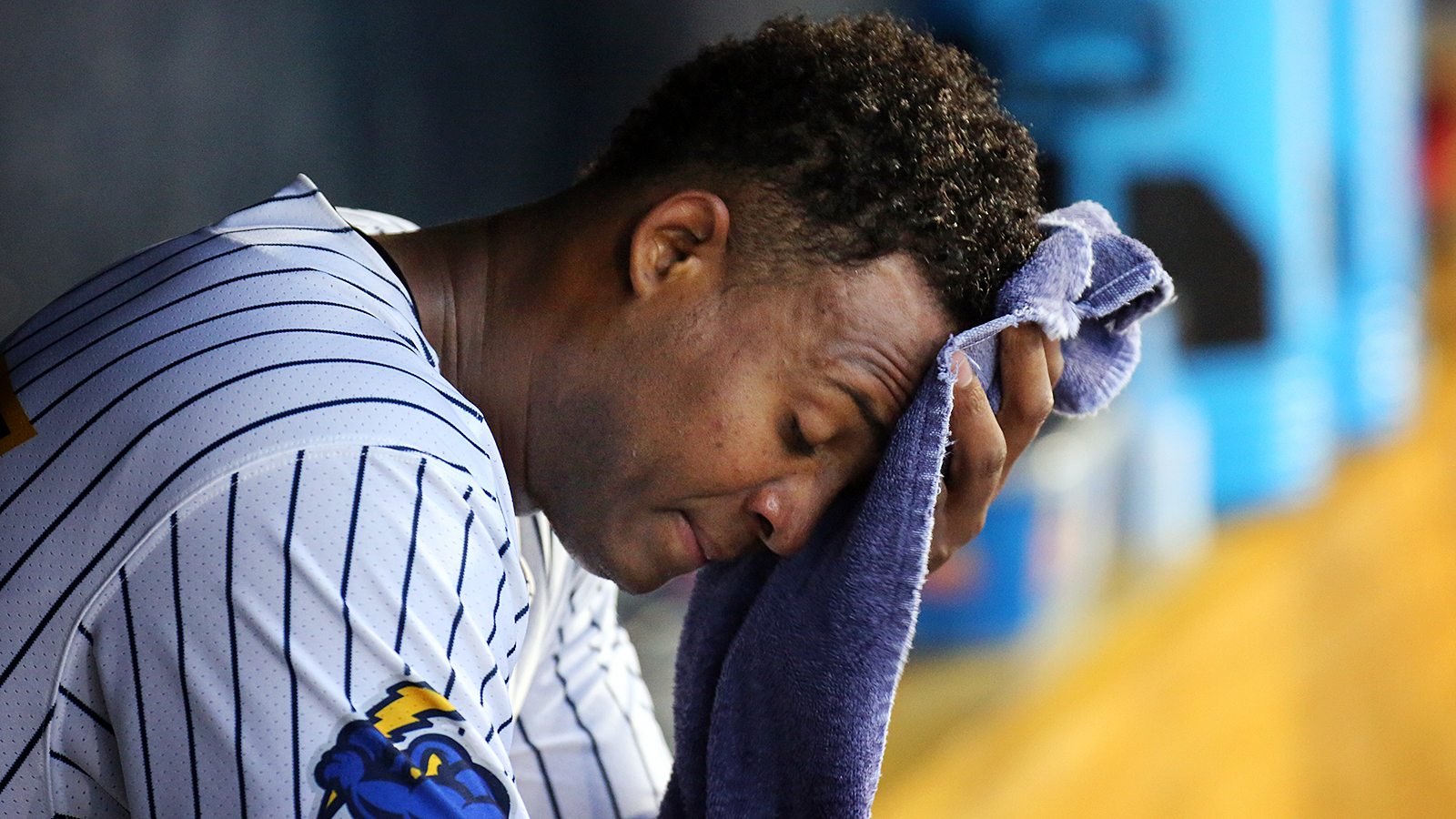 TRENTON – The Thunder offense has lost its boom.

It was another frustrating night for Trenton’s bats on Saturday, as the Thunder outhit the Altoona Curve seven to six, but finished 1-for-9 with runners in scoring position and dropped the game 2-1 at home in front of 7,168.

“It’s very disappointing,” said Trenton manager Bobby Mitchell. “We didn’t hit well with men on base at all. We had our opportunities, but we didn’t execute.  We’re not scoring runs in comparison to our hits right now, whereas before we were.

“It’s frustrating because it’s been that way for a couple of games now. I mean, even in Binghamton it was not very good… This is something that we should get done this late in the season.”

The Thunder (74-37) struck first in this game thanks to a two-out RBI-single off the bat of No. 9 hitter Abiatal Avelino (2-for-4, double, RBI, run scored) in the second inning. But, that would be all the team could muster as it left nine total runners stranded on base – including four in scoring position – the rest of the way. 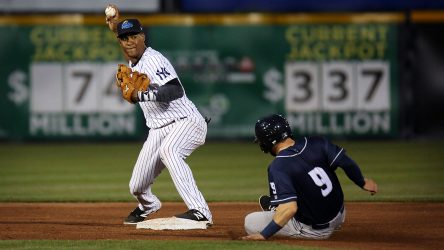 “The difference today was that (Altoona) did their job and we didn’t,” Mitchell said. “When a guy got to second, they moved him over and then they scored him.”

The Curve (58-53) scored a run in the third inning to tie the game, and then the go-ahead run in the fourth. Both runs were scored off of Trenton starter Domingo Acevedo (5-1) who snapped his five-start winning streak since joining the Thunder.

Acevedo did not display the same control he had earlier in the season — as he walked four batters in five innings of work – however, he did pitch well enough to keep his team in the game as he scattered just five hits and struck out seven. 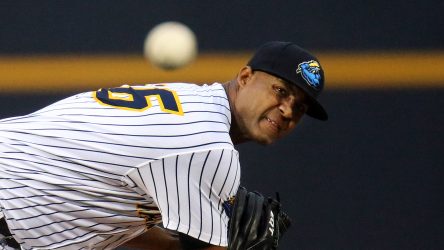 Anyelo Gomez and Cale Coshow combined to pitch the final four innings of the game without giving up a hit.

Trenton’s best chance to tie the game came in the bottom of the seventh when Avelino led off the inning with a double and then moved to third on a passed ball with no outs. But, the top of the order could not deliver as Jeff Hendrix hit a hard ball to first for an out, then Nick Solak struck out looking, and Billy Fleming flied out to right field.

“It was a perfect opportunity right there to get a run in without even getting a hit, and we didn’t execute. That’s not going to do it,” Mitchell said. “I think we just need to keep our composure and not get anxious when we get in the box. When people are struggling, anxiety sets in and that makes the at-bat worse. It’s disappointing because we had really good pitching today.”

The Thunder will play in the rubber-match of this three-game set against the Curve on Sunday. First pitch is set for 5 p.m.

Thunder catcher Jorge Saez was hit in the face by a foul ball and suffered a concussion during the game on Saturday night. Saez was replaced by Francisco Diaz in the fourth inning. According to manager Bobby Mitchell, this is Seaz’s second concussion of the season and he will be shut down for an indefinite amount of time. After the game, Sharif Othman was recalled from Tampa.