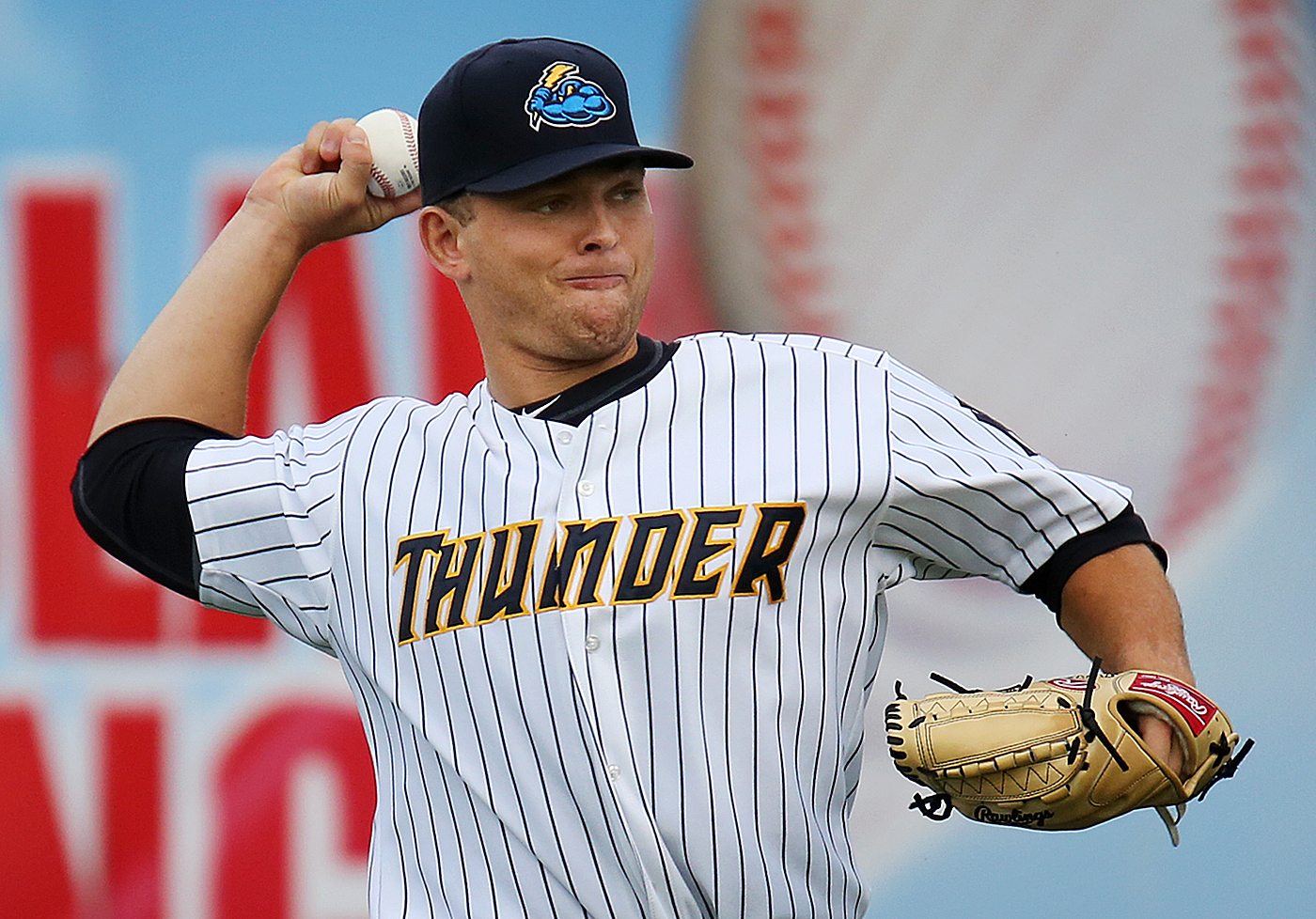 Trenton Thunder starting pitcher Chance Adams warms up in the outfield before a game against the Reading Phillies at ARM & HAMMER Park in Trenton on Saturday, July 16, 2016. Photo by Martin Griff

As the Yankees minor leaguers break camp in Tampa and report to their respective affiliated clubs, Thunder Manager Bobby Mitchell is anxious to begin his second campaign at the helm and drop the curtain on what figures to be a roster packed to the gills with top prospects.

“We are definitely excited to get it going,” said Mitchell via telephone on Friday evening. “We obviously have some high hopes with the team that we have.”

The formula figures to be the same in 2017 for Mitchell. He is set to begin the season with arguably the most talented starting rotation in all of minor league baseball.

Green was optioned to Trenton by the Yankees on Thursday and is slated to take the ball on opening night in Erie, a place that he spent all of his 2015 season as a member of the Tigers organization. Green is not expected to remain with the club for more than a start or two. Under ordinary circumstances Green would not be with the Thunder, but because the Yankees do not need a fifth starter until April 16, the organization would like him to stay on a five-day rotation along with Jordan Montgomery in Triple-A so that either candidate will be available to be inserted into the rotation when the need arises.

“Anytime that you get a guy of Chad’s caliber to come down who has pitched in the big leagues and experienced that is going to be huge for our other guys,” said Mitchell. “Not just for Chance and Sheff, but for German and Ramirez, who are brand new to the league. They can learn a lot from watching him deal.” 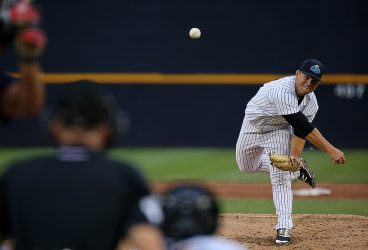 Adams is coming off of a week that saw him honored as the Yankees Kevin Lawn Award winner for his stellar breakout performance in 2016. The 22-year old right-hander spent a majority of last season undefeated; ultimately going 13-1 with a 2.33 ERA in 24 starts between Tampa and Trenton. Many pitchers tend to struggle in their first taste of the Eastern League, but Adams proved he was worthy of his midseason promotion by holding the league’s opposition to a .145 batting average against.  The Yankees opted to shut Adams down in the final week of the regular season once he hit the organization imposed innings limit and made him unavailable for the team’s postseason run. 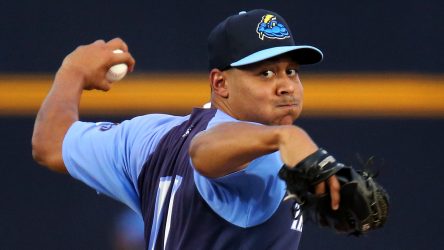 Sheffield was a key component in the haul that the Yankees received from Cleveland in the Andrew Miller deal last summer. Once he was acquired the 20-year old southpaw was assigned to High-A Tampa where he went 3-1 with a 1.73 ERA and 27 strikeouts in 26 IP over five starts. Once Adams was shut down that opened the door for Sheffield to get his feet wet and make his Double-A debut in the final series of the season against the league’s best team, the Reading Fightin’ Phils. In his lone regular season start for Trenton, he fanned nine batters and shutout the Eastern Leagues premiere offense for four innings.

“We really didn’t get to see Sheffield pitch much last season,” Mitchell said. “We are anxious to see what he can do over a full season, or however long that he is with us. Like all of our pitchers this year, he has that bulldog-like mentality. Both he and Adams really stand out to me in that category; they just kind of get it and get after it.” 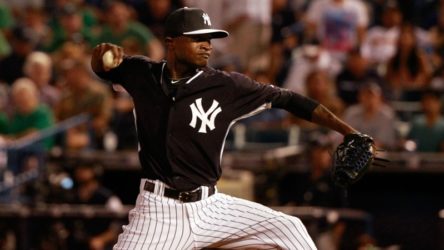 Not long ago, German was a top-pitching prospect in the Miami Marlins organization. He was obtained as part of the package sent to the Yankees in exchange for infielder Martin Prado and David Phelps in the winter of 2014. After being acquired, the 24-year old right-hander missed all of the 2015 season due to Tommy John surgery. In his comeback battle, German made 10 starts last season between Low-A Charleston and Tampa went 1-3 with a 3.08 ERA. The team is hoping that the Domincan-native can fulfill his promise and make it through his first season in the minors leagues upper levels injury free. 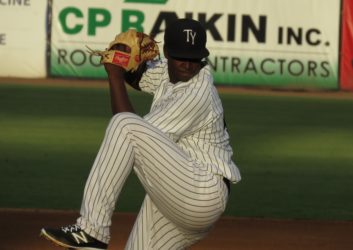 Yefrey Ramirez will be the fifth starter for the Thunder. (Bryan Green)

Also tasting the Eastern League for the first time will be highly touted right-hander Yefry Ramirez. The 23-year old Ramirez was one of the most raved about pitchers in the system in 2016 after going 7-9 with a 2.82 ERA. He fanned 132 batters in 124 innings and held opponents to a .183 batting average against and posted an impressive 0.92 WHIP in 22 starts between Charleston and Tampa. Mitchell knows that while both Ramirez and German have live arms, they will have to refine their control if they want to succeed against vastly improved offensive competition.

“These guys all have great arms,” admitted Mitchell. “It is not just about throwing here; they’re going to learn how to pitch.”

Mitchell added, “it’s all about command and location. I’m expecting them, at the beginning, to get hit around a little bit just because it is a learning process and you have got to have command at this level. It is a big jump with the hitters coming up to this level from A-ball. They’re more selective here; they don’t swing at as many balls out of the zone. But, i know that both of these guys can pitch, they definitely have the stuff to succeed.”