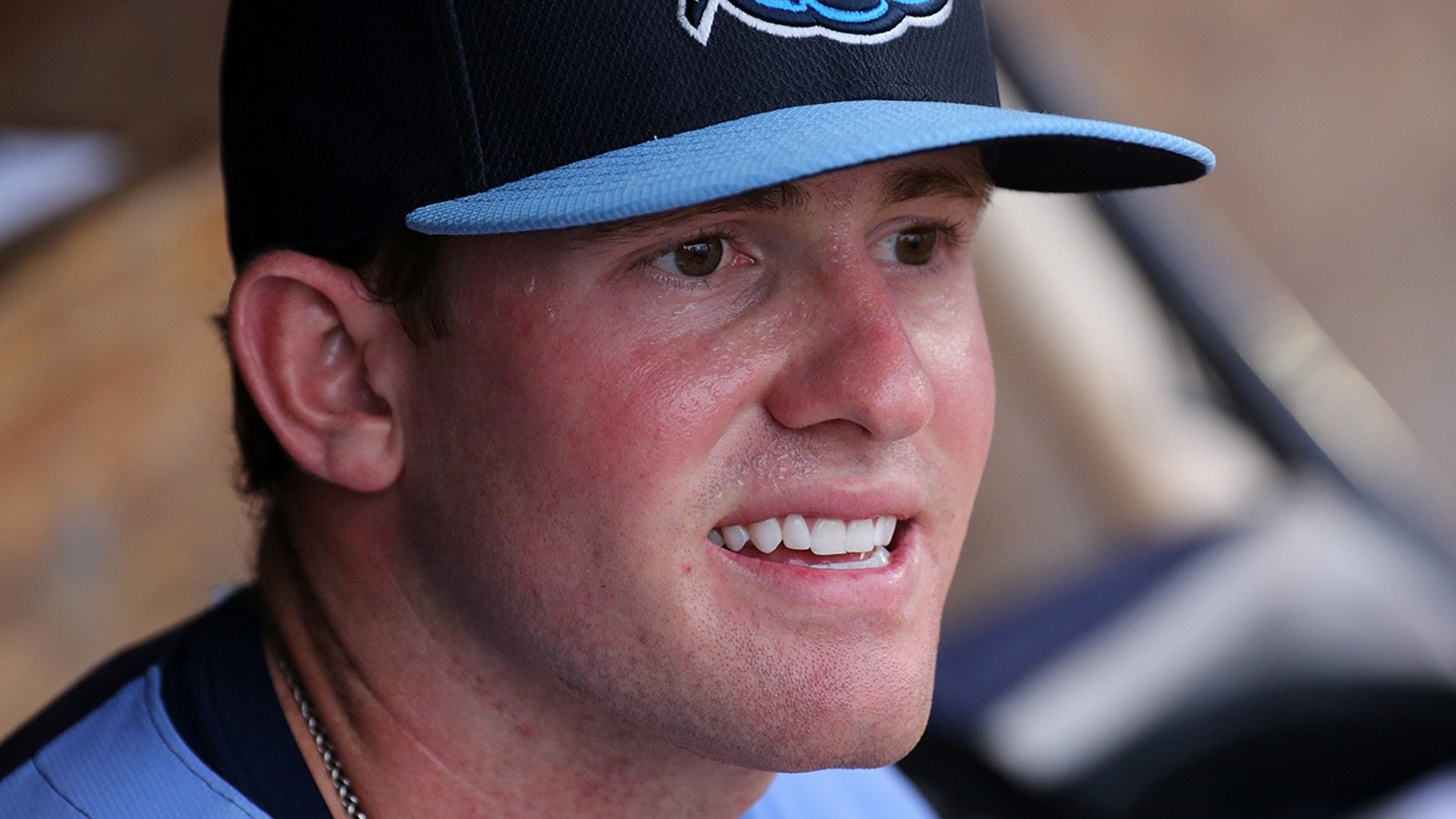 TRENTON –  New Hampshire Fisher Cats starting pitcher Conner Greene and reliever Brady Dragmire combined to throw a no-hitter through eight innings before a late and furious rally by the Thunder came up short in an eventual 5-4 defeat at ARM & HAMMER Park on Friday night.

The 21-year old Greene stifled the Thunder offense for six innings; he allowed just two walks while striking out six batters in his 90-pitch outing.

New Hampshire Manager Bobby Meacham elected to pull Greene in favor of Dragmire to start the seventh inning. The 23-year old right-hander threw two clean innings and took the hill in the ninth inning with a combined no-hitter very much intact.

Thunder centerfielder Dustin Fowler led off the ninth inning with a well-struck single into right field to break up the no-hit bid. Miguel Andujar then reached base on an error. Following a strikeout by Mike Ford, Abiatal Avelino drew a walk to load the bases for Billy McKinney. The slugger, who was acquired from the Cubs in the Aroldis Chapman trade last month, drove a 1-0 offering over the right center field wall for a grand slam to put Trenton within one run at 5-4.

Meacham stormed out of the dugout and pulled Dragmire in favor of former Thunder pitcher, Chris Smith. Outfielder Mark Payton quickly greeted him with a single into right field to bring the winning run to the plate. Smith then got Dante Bichette Jr. to fly out to right field before striking out.

Trenton starter Dan Camarena suffered the tough luck loss after allowing just one run over six innings of work. The southpaw exited in favor of Cale Coshow, who was tagged for four runs on four hits with two walks in just 2/3 of an inning.