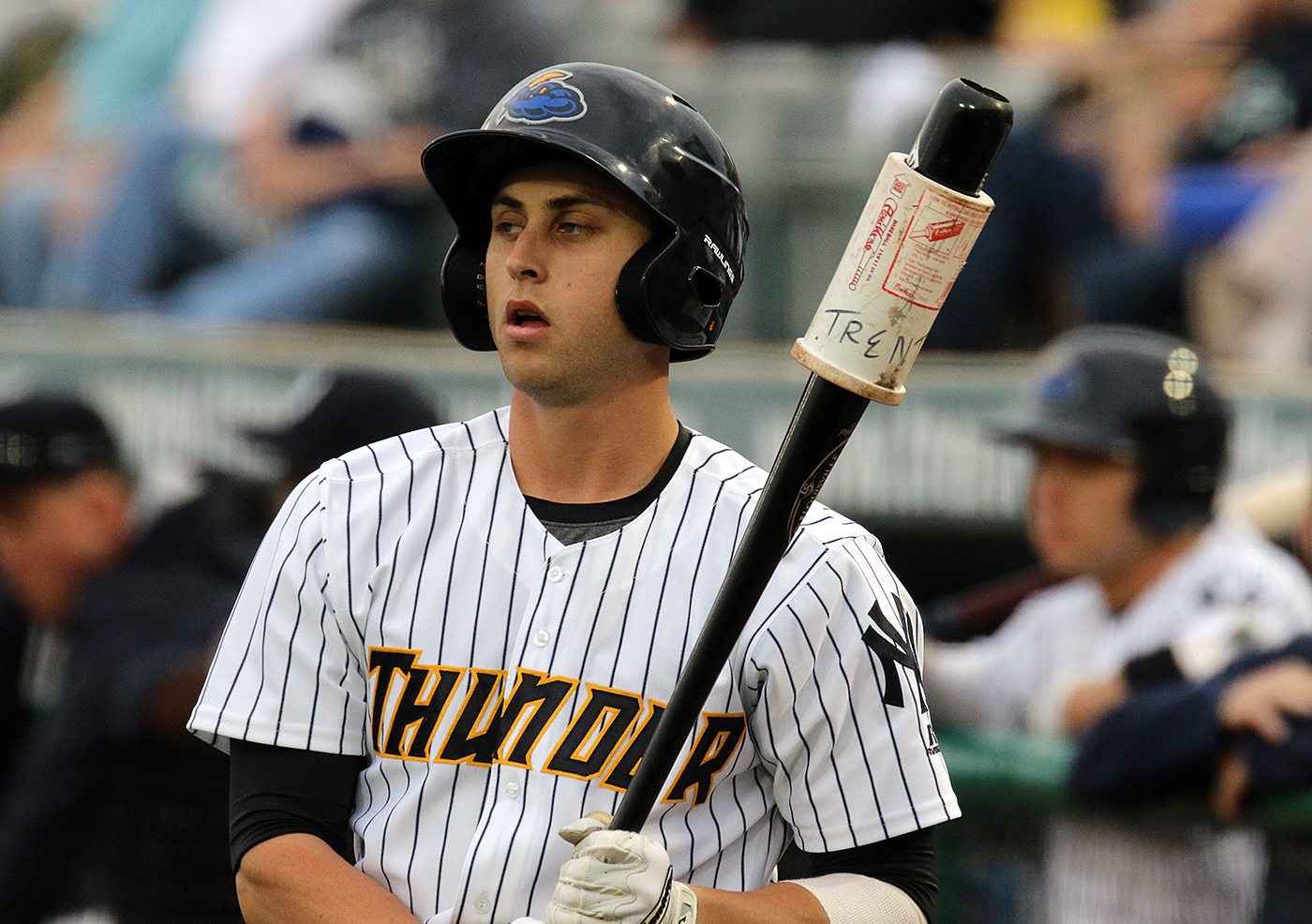 ERIE, PA – With four successive hits to begin a three-run second inning, the Trenton Thunder positioned themselves well out-of-the-gate in Friday’s 8-4 win over the Erie SeaWolves.

The Thunder loaded the bases with no outs in the second inning when Kyle Higashioka singled home Tyler Austin to start the scoring in the frame and give the Thunder a 1-0 lead. After consecutive RBI fielder’s choices from Jared Mitchell and Cito Culver the Thunder had an early 3-0 advantage.

Erie’s offense chipped away throughout the night to try and draw even with Trenton, but they never were quite able to get the job done. The SeaWolves got back to within 3-2 entering the 5th inning when the Thunder plated three more runs with a two-out, bases-empty rally. Tyler Wade had an infield single, Jake Cave walked and Dustin Fowler singled him home. Austin followed by dumping a two-run double into right field for a pair of runs and a 6-2 Thunder lead.

Offensively, the SeaWolves relied on a pair of longballs from Dean Green for three of their four runs on the night. All four runs came off Thunder starting pitcher Jordan Montgomery who improved to 3-0 on the season. He entered with consecutive starts of 6.0 innings without allowing a run, but was tagged for four runs in 5.0 innings of work Friday night.

In the 6th inning Matt Wotherspoon entered out of the bullpen and proceeded to retire all 12 batters he faced, including eight-of-12 on strikeouts. He entered when the game was a 7-4 Thunder lead, which was enough for his first save of the season.

The Thunder and SeaWolves return to action Saturday night with a scheduled 6:35 p.m. doubleheader from Jerry Uht Park. Pregame coverage begins at 6:20 p.m. on the 91.3 FM and www.trentonthunder.com.