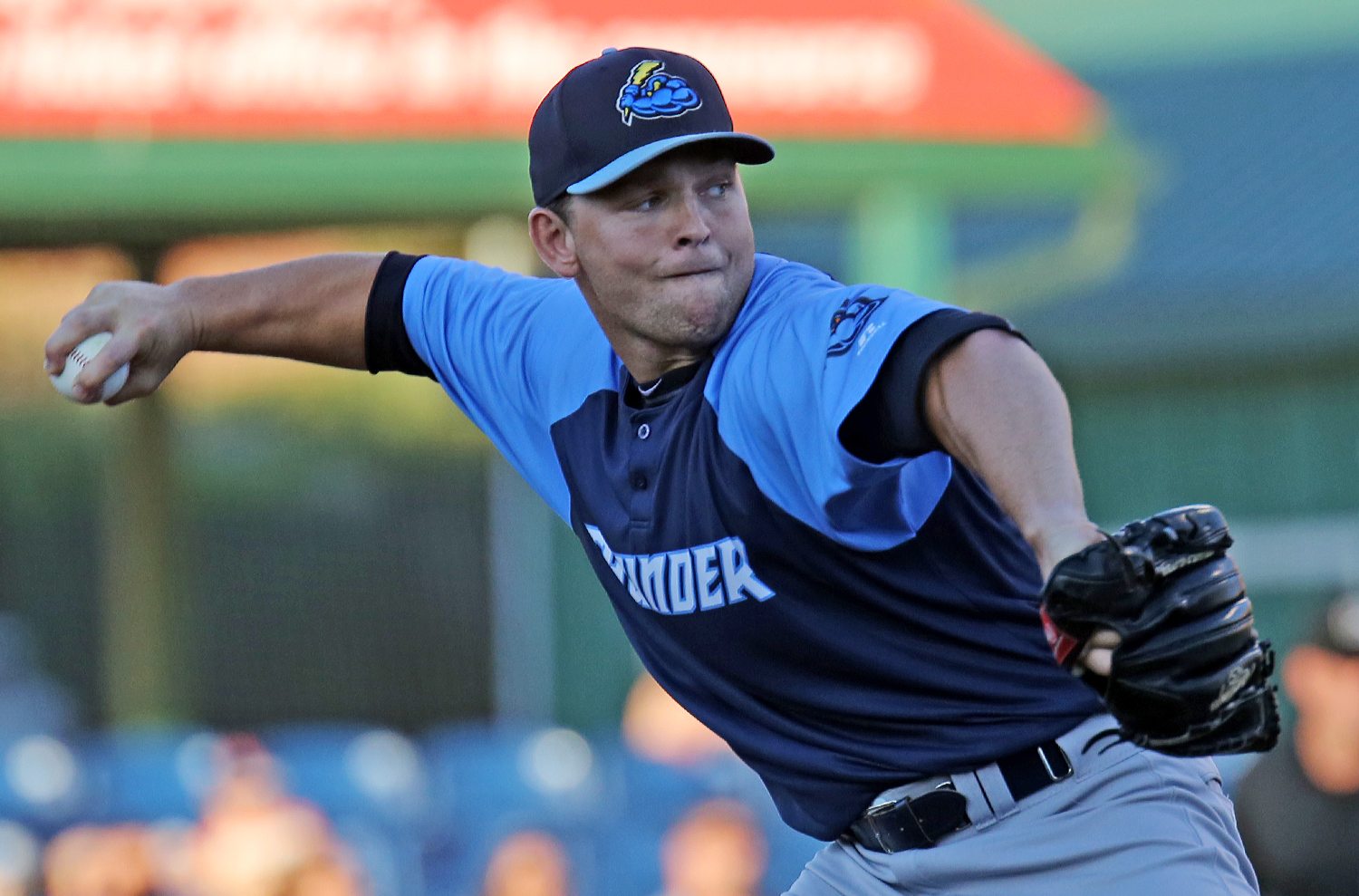 After two consecutive days of rain outs in Erie, Chance Adams will finally get the opportunity to toe the rubber on Saturday afternoon when the Thunder open their season at the SeaWolves.

Adams is coming off of a stellar 2016 campaign that saw him go 13-1 overall with a 2.33 ERA and 144 strikeouts in 127 innings between Tampa and Trenton. It was his first year as a starter, and Adams was on a strict innings limit imposed by the organization. Just as the Thunder were set to secure a postseason berth, Adams was forced to shut it down.

“It was definitely disappointing,” admitted Adams. “I understood the mindset and the reasoning, but it’s kind of annoying. You’re pitching well and you pitch well all year to pitch in the playoffs and the championships  and then you get shut down.”

Adams added, “its all for the bigger picture but I really wish that I could have pitched, and hopefully with my innings this year I should be able to get there.”

The 22-year old right-hander says that his goal in 2017 is to build up his stamina as a starter and to try and go deeper into games.

“I’ve got a higher inning limit this year,” said Adams. “That means more pitches per game, so that will be nice.”

The Trenton rotation is as deep as any in minor league baseball. Following Adams in the rotation are heralded prospects Justus Sheffield, Yefrey Ramirez and Domingo German.

“Going back to last year in Tampa we had a great rotation,” Adams said. “This team is definitely up there. In the Yankees system it’s hard to find a team that doesn’t have a talented rotation. It’s definitely going to be a fun year.”