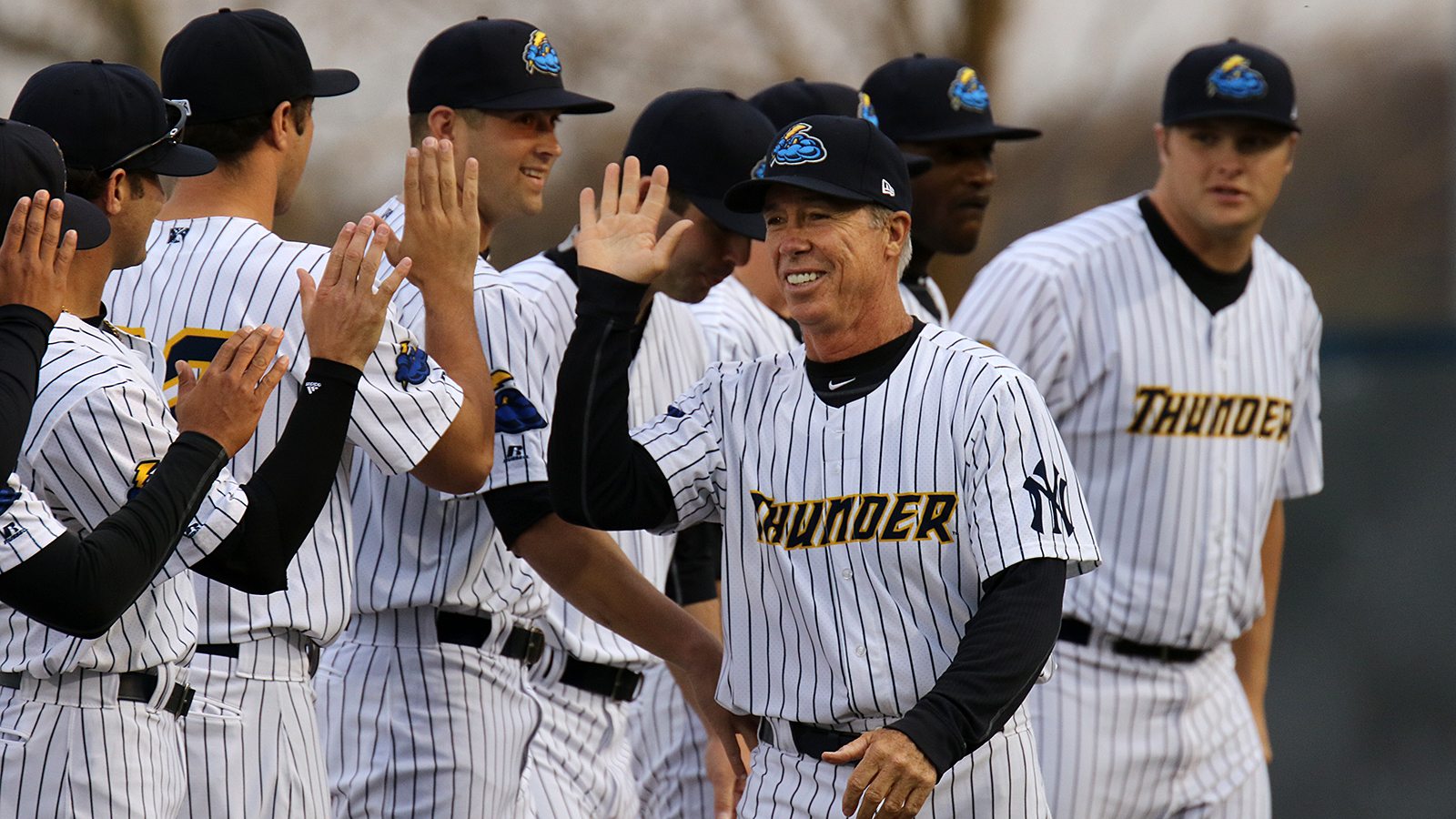 TRENTON- The Thunder defeated the Sea Dogs 6-4 on Thursday night in the opener of a three-game set at ARM & HAMMER Park. They were fueled by a solid performance from right-hander Chance Adams, who went 5 2/3 strong innings, allowing three runs, just one earned, to notch his second victory in as many starts.

Through first seven games of the season, the Thunder have scored first in each and every contest thus far as they sit 4-3 overall, one game behind Portland (5-2). Tonight, Yefry Ramirez will make his second start of the season after a rough debut in Erie last Sunday. The 23-year old right-hander surrendered five runs on eight hits over 3 1/3 innings of work.

Opposing Ramirez on the hill will be the 22-year old southpaw, Trey Ball. The former 2013 first round draft selection (seventh overall) is making his first career start on the road at the Double-A level. Ball took a no-decision in his Eastern League debut last Sunday after allowing seven hits and four runs over 51/3 innings against Reading.

Note: Second baseman Thairo Estrada is out of the lineup for the third consecutive night after getting hit on the hand by a pitch during the Akron series. Bobby Mitchell said on Friday that he is hoping to avoid having to place him on the DL, although that is still an option.