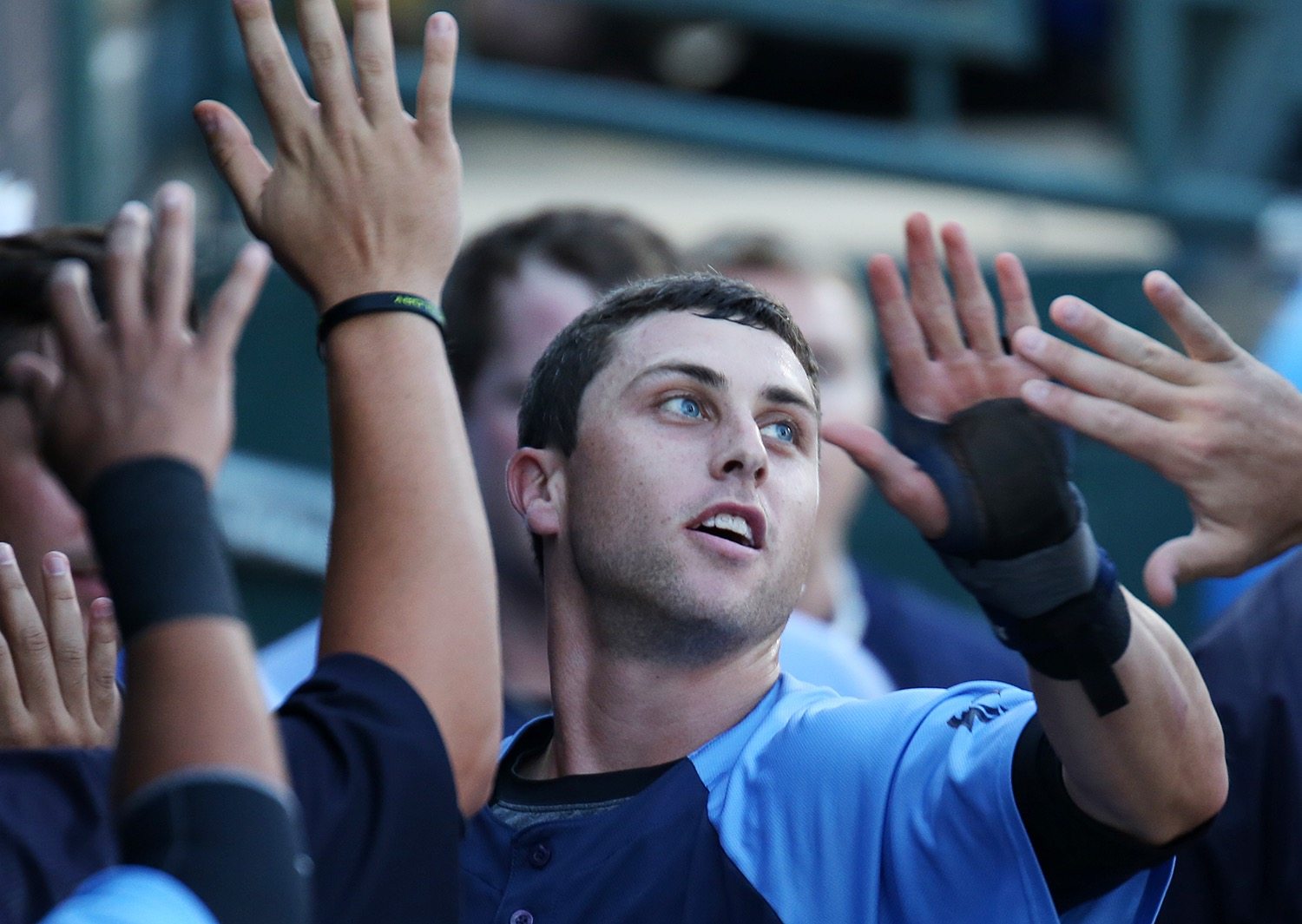 “The intensity was there,” he said. “We just didn’t get anything until the ninth inning.”

That was rectified Saturday night, as the Thunder (76-44) scored seven times in the second inning off  New Hampshire starter Jeremy Gabryszwski and cruised to an 8-2 victory over the Fisher Cats in front of 5,202 fans at ARM & HAMMER Park.

With the win, and a Reading loss at Altoona and Hartford rainout at Erie, the Thunder moved to within two games of the first-place Fightin’ Phils in the Eastern League East and nine games ahead of the Yard Goats in the battle for the division’s wild-card playoff spot.

“With this heat, and it being August, everybody is tired,” said Mitchell. “We will try to give some guys a day off here and there.”

Tyler Wade began the scoring for the Thunder offense with a leadoff solo home run off Gabryzwski. His fifth of the season, and third leadoff shot, was just the start of a banner night for Trenton’s offense.

In the second inning, the Thunder sent 10 men to the plate and score seven times. Jose Rosario stepped to the plate with two runners on and deposited a single into left field. After Francisco Diaz bunted his way aboard to load the bases, Wade and Dustin Fowler each singled home runs to extend the lead. Miguel Andujar then delivered a sacrifice fly to center for a 5-0 advantage.

Mike Ford put the cherry on top of the inning with a no-doubt three-run home run to right for the 8-0 advantage.

Ronald Herrera picked up his ninth win of the season with six innings of two-run ball. While delivering his 10th quality start in the season, Herrera allowed just seven hits and struck out four. Matt Wotherspoon finished off the game with a three-inning save, allowing just three baserunners and struck out two.

Wade fell a triple shy of the cycle and Dustin Fowler became the third Thunder player this season to have a four-hit game.

“We just have to keep winning ballgames,” said Wade. “To get to the playoffs, we have to play good baseball, and our team is playing well.”

The Thunder continue their homestead at 5 p.m. Sunday in the series final vs. New Hampshire. LHP Caleb Smith will start for the Thunder, LHP Shane Dawson will go for New Hampshire.

Sunday is the clubs 10th annual Bark at the Park presented by Dogs & Cats Rule. All fans can bring their dogs to the game for free! Tickets are available by phone at 609-394-3300 or online at TrentonThunder.com.