Thunder Reduce Magic Number to One With Rally Past Akron 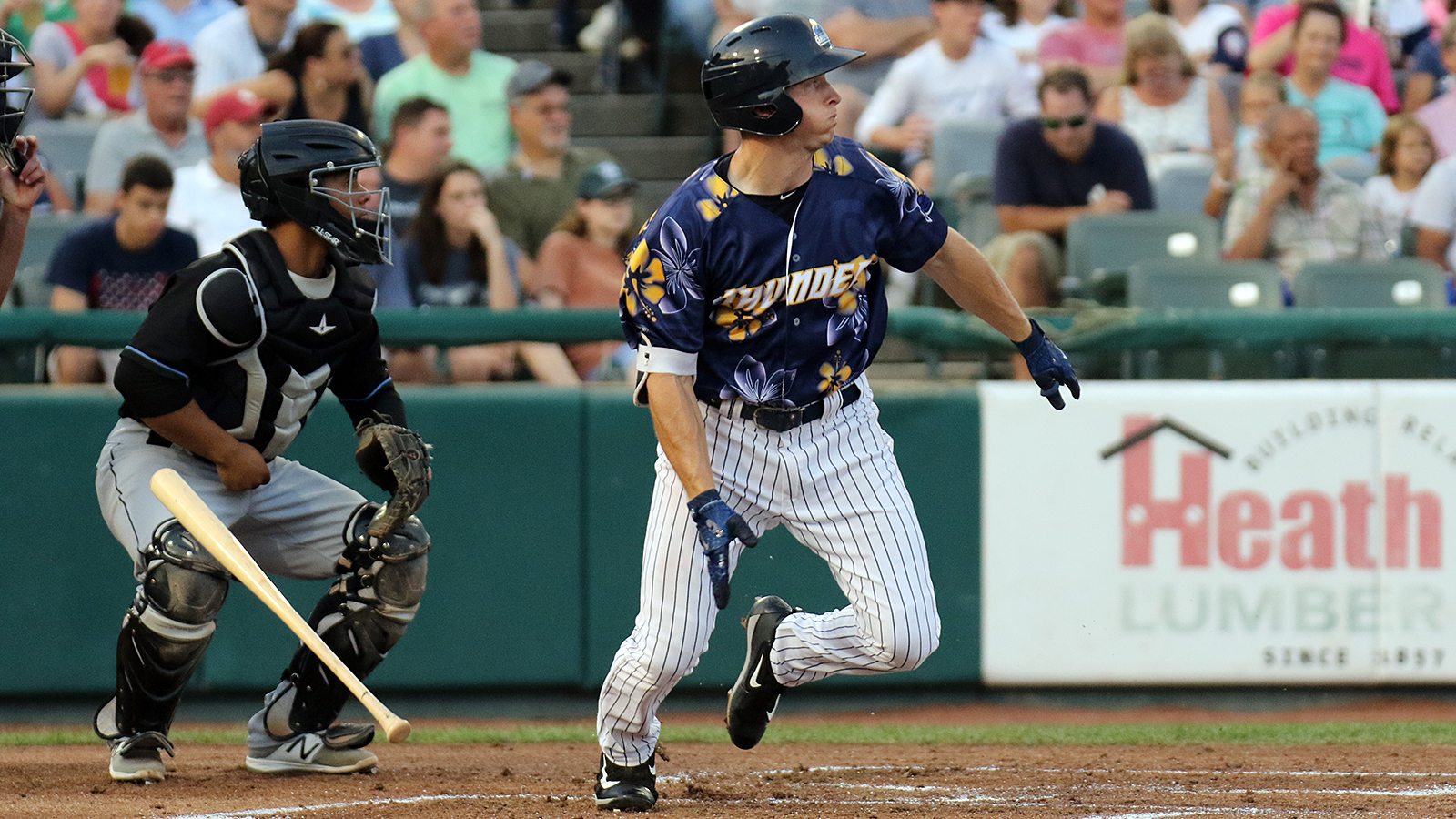 Jeff Hendrix says that he hopes to improve his base running and base stealing ability heading into 2018. (Martin Griff)

TRENTON – After trailing Akron 3-1 heading into the bottom of the eighth inning, the Thunder used a three-run frame to rally past the RubberDucks for a 4-3 victory on Thursday night at ARM & HAMMER Park. The series-clinching victory over Akron coupled with a Bowie shutout win over Reading has reduced the magic number to one for Trenton to clinch their second consecutive postseason berth.

Akron jumped on Thunder starter Domingo Acevedo immediately when centerfielder Greg Allen led off the game with a homer over the right field wall to give Akron an early 1-0 advantage.

The Thunder would draw even in the bottom of the third inning on an RBI groundout by right fielder Jhalan Jackson, that was set up by a leadoff triple into the right field corner by Abiatal Avelino. 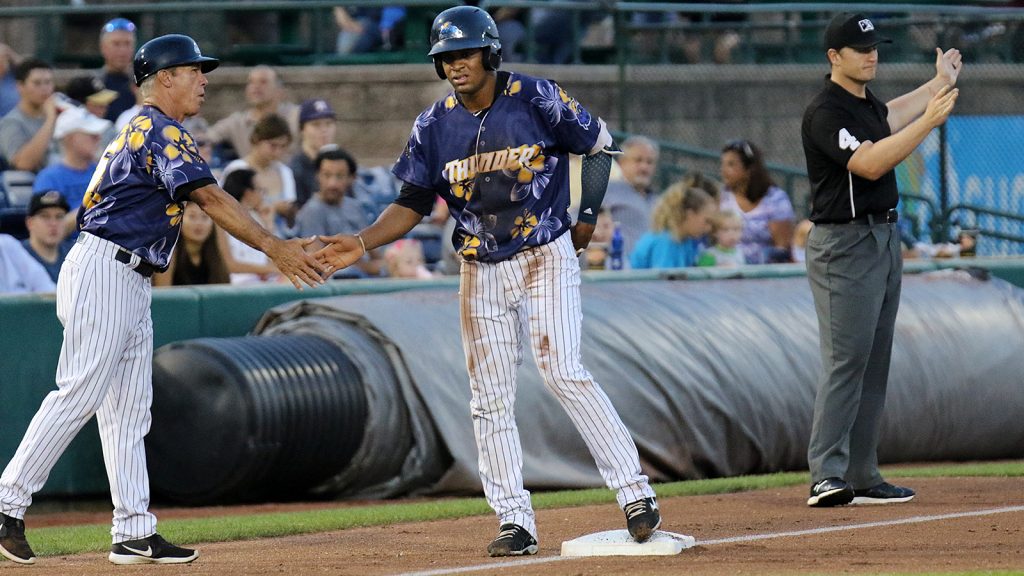 Acevedo, who struck-out four and walked one on the night, allowed a solo homer to designated hitter Eric Haase in the top of the fourth inning to put Akron back in front, 2-1. The 23-year old right-hander was pulled at his five inning limit after tossing 71 pitches in his no-decision effort.

Following the game, Thunder Manager Bobby Mitchell admitted that Acevedo likely only has four or five more starts left this season before the Yankees organization is going to shut him down. After tossing a career-high 93 innings in 2016, Acevedo has already tossed 133 in 2017 and is slated to pitch at least 20 more. 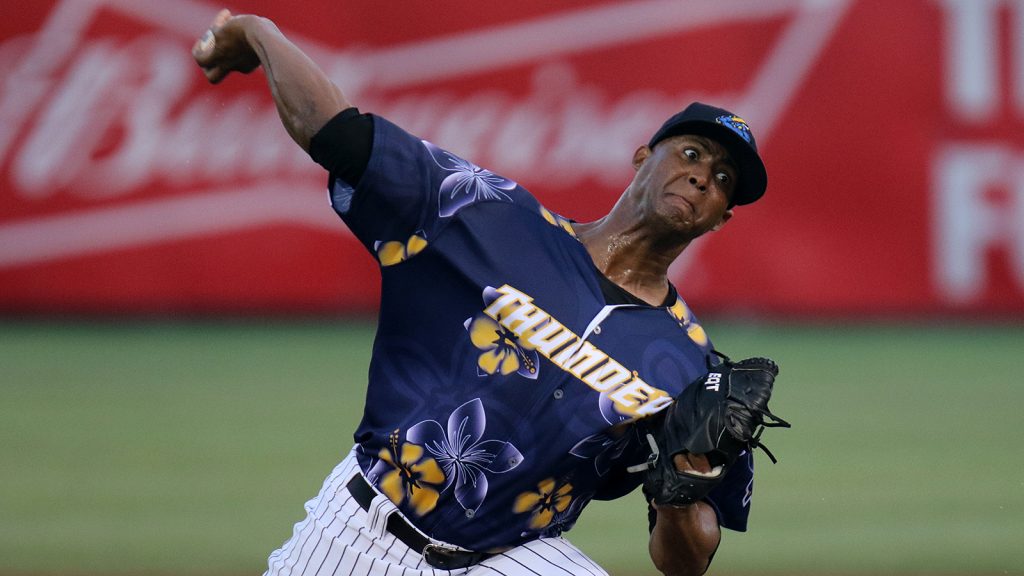 “The plan is for him to make four more starts, I think,” admitted Mitchell. “It is either four or five more starts and we are hoping that one of them is in the playoffs.”

Right-hander Jose Mesa Jr. came on in relief of Acevedo in the sixth inning and went the distance for the Thunder with limited availability in Mitchell’s taxed bullpen. Mesa escaped trouble in the sixth inning after walking two batters but again found himself in a tough spot in the eighth inning after allowing a single and issuing back-to-back walks. With just one out in the frame, Mesa walked his fifth batter of the night in Tyler Krieger with the bases load to extend the Akron lead to 3-1. 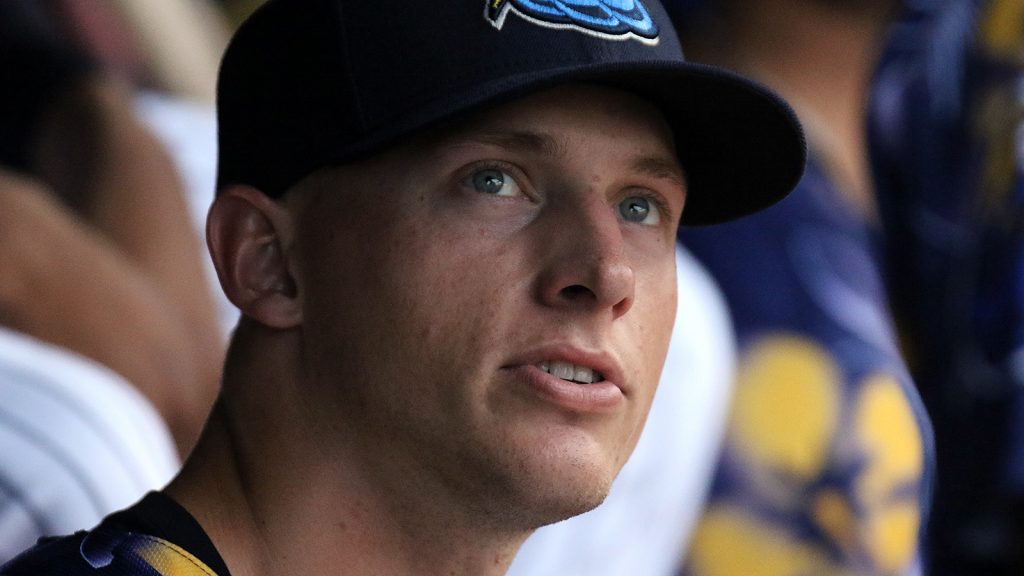 After Mesa was able to navigate out of further trouble to limit the damage to just one run, Trenton ignited a rally that ultimately propelled them to their 80th victory of the season. Back-to-back singles by catcher Francisco Diaz and centerfielder Jeff Hendrix, who both had two hits on the evening, opened the inning before second baseman Nick Solak bunted both of them into scoring position. Hendrix extended his hitting-streak to ten games with his two singles on the night while raising his average to .403 in 16 games for the Thunder. With the game seemingly hanging in the balance, shortstop Thairo Estrada poked a two-run single into centerfield to tie the game at three.

After Mike Ford drew a walk Ryan McBroom was hit with a pitch to load the bases, left fielder Zack Zehner lifted a sac-fly RBI to shallow centerfield to plate Estrada as the go-ahead run.

Mesa returned to the mound in the ninth inning and retired the side in order to pick-up his second win for Trenton. Despite issuing five walks on the night, Mesa allowed just one hit and struck-out seven in the 4-3 Thunder victory.