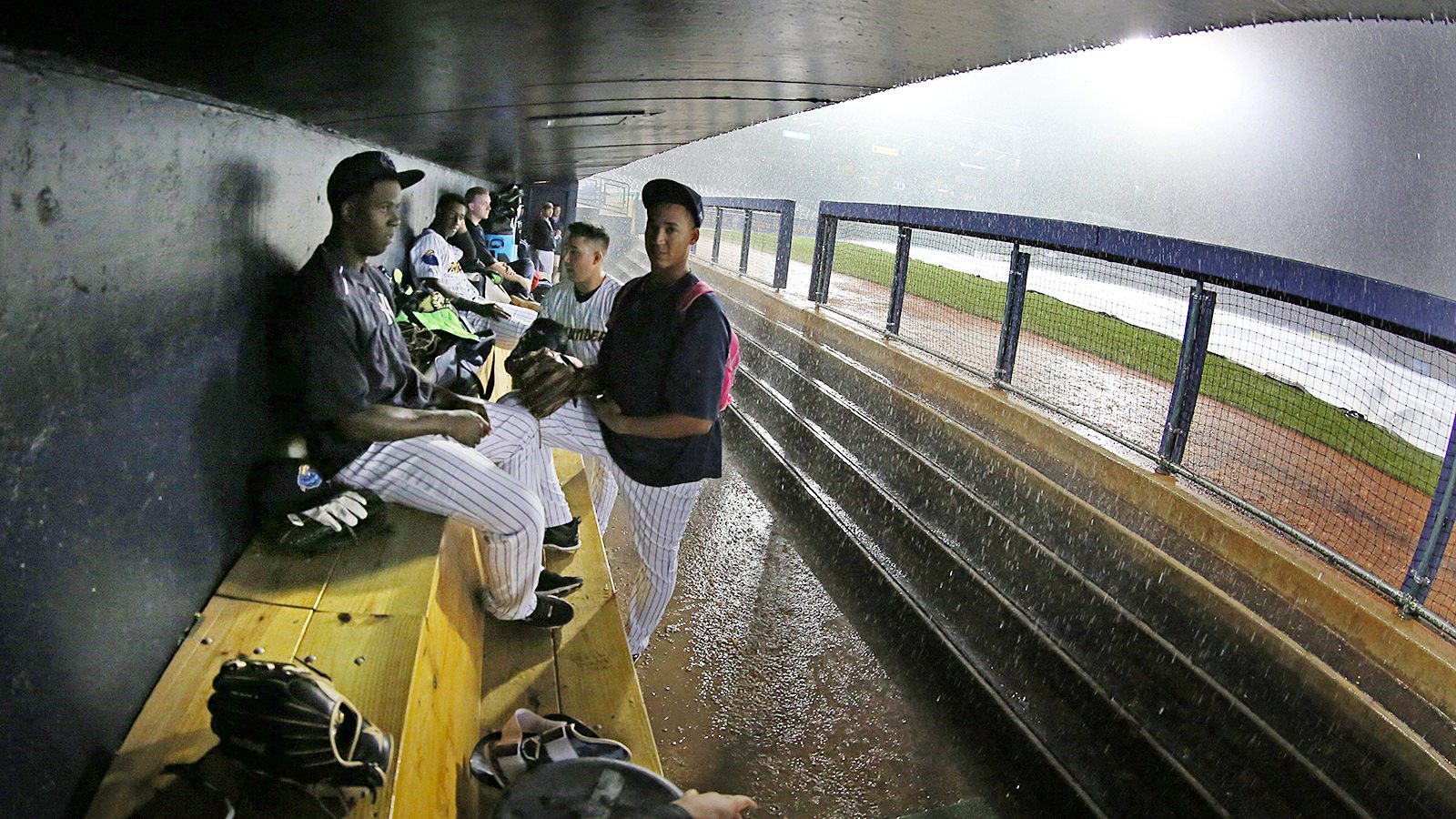 Trenton Thunder players sit in the dugout as the rain falls in Trenton, suspending a game against the Hartford Yard Goats July 24, 2017. (Martin Griff)

TRENTON- The Thunder had their series opener against the Hartford Yard Goats suspended heading into the bottom half of the fourth innings on Monday night at ARM & HAMMER Park. The game is scheduled to resume on Tuesday at 5 P.M. before the start of their regularly scheduled game, which will now become a seven-inning affair. 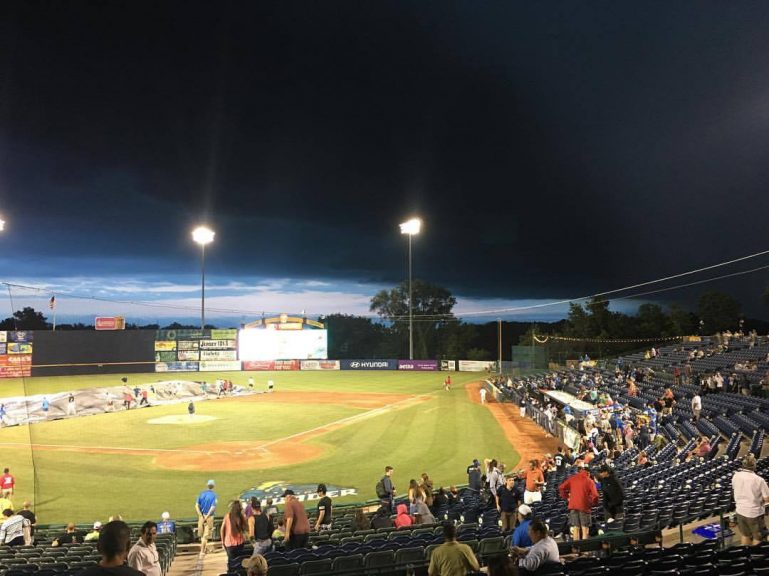 A dark sky over ARM & HAMMER Park rolled in on Monday night. Photo by Matt Kardos

Before the dark imposing sky and heavy rains arrived, the Thunder jumped out to a 5-1 advantage. Trenton scored two runs in the opening inning on an RBI triple by third baseman Billy Fleming and an RBI groundout by first baseman Ryan McBroom, who the Yankees acquired from the Blue Jays on Sunday. 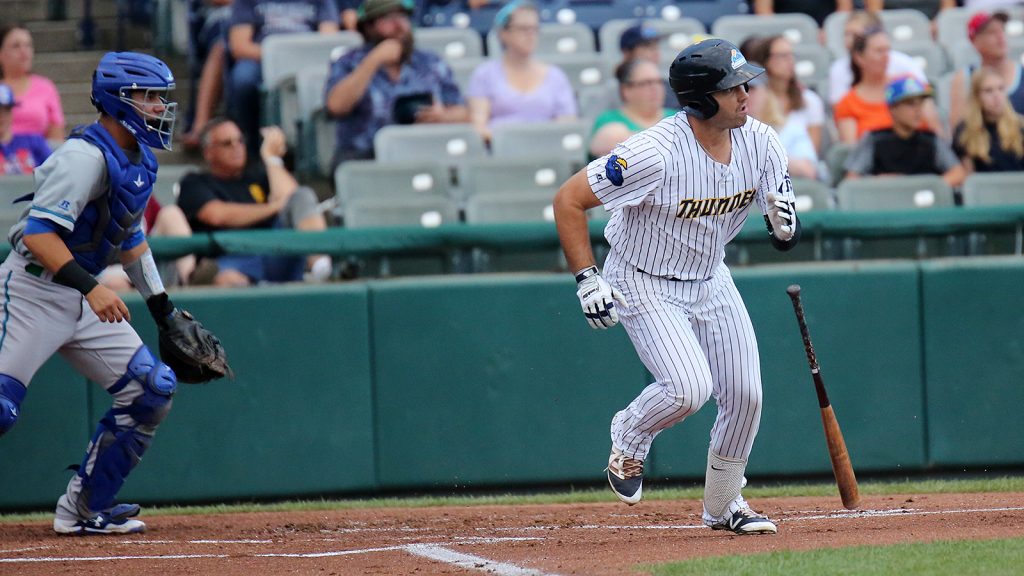 Trenton Thunder’s Ryan McBroom gets an RBI in his first at bat with the team in a game against the Hartford Yard Goats on July 24, 2017. (Martin Griff)

The Thunder plated three more runs in the bottom of the third on a monster three-run homer by left fielder Zack Zehner that hit off the batters-eye in dead centerfield. 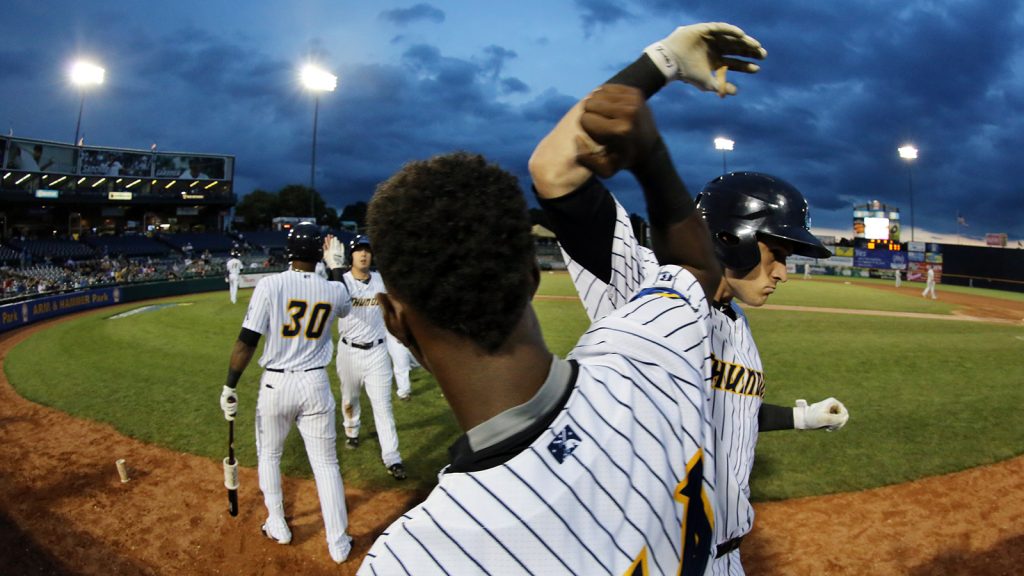 Right-hander Zack Littell started for Trenton and allowed one earned run on six hits with four strikeouts in his four innings of work. Manager Bobby Mitchell said following the game that right-hander Will Carter will take over on the mound when play continues on Tuesday evening. 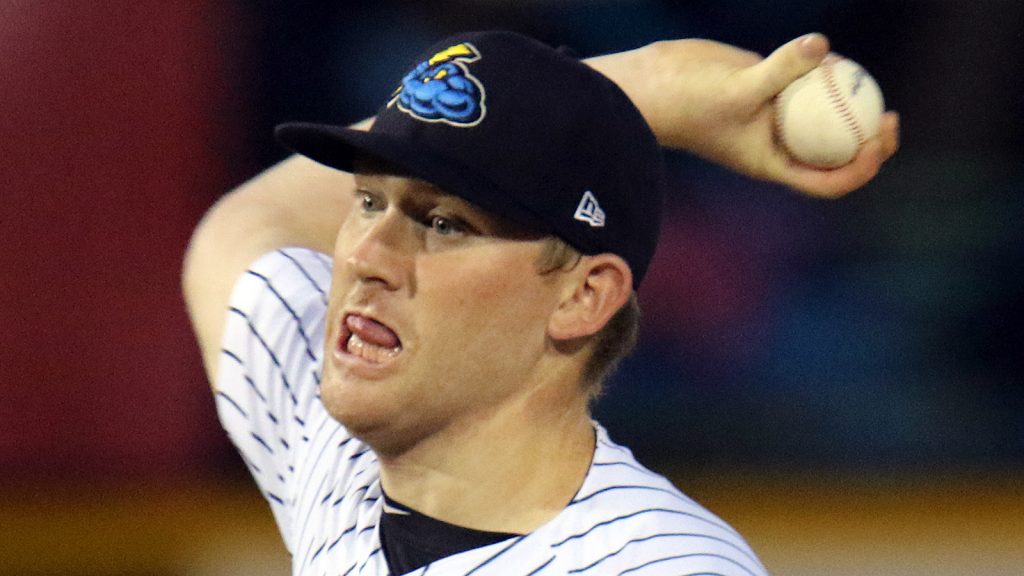 “There was no way that we could go back out there and play,” said Mitchell. “It has been a frustrating week in that way; just having to sit around and wait.”

This marks the third time in the last five games that Trenton has seen their game cut short due to weather. Their games last Thursday and Saturday were both cut short by rain, but both were official games and went in the books as victories.