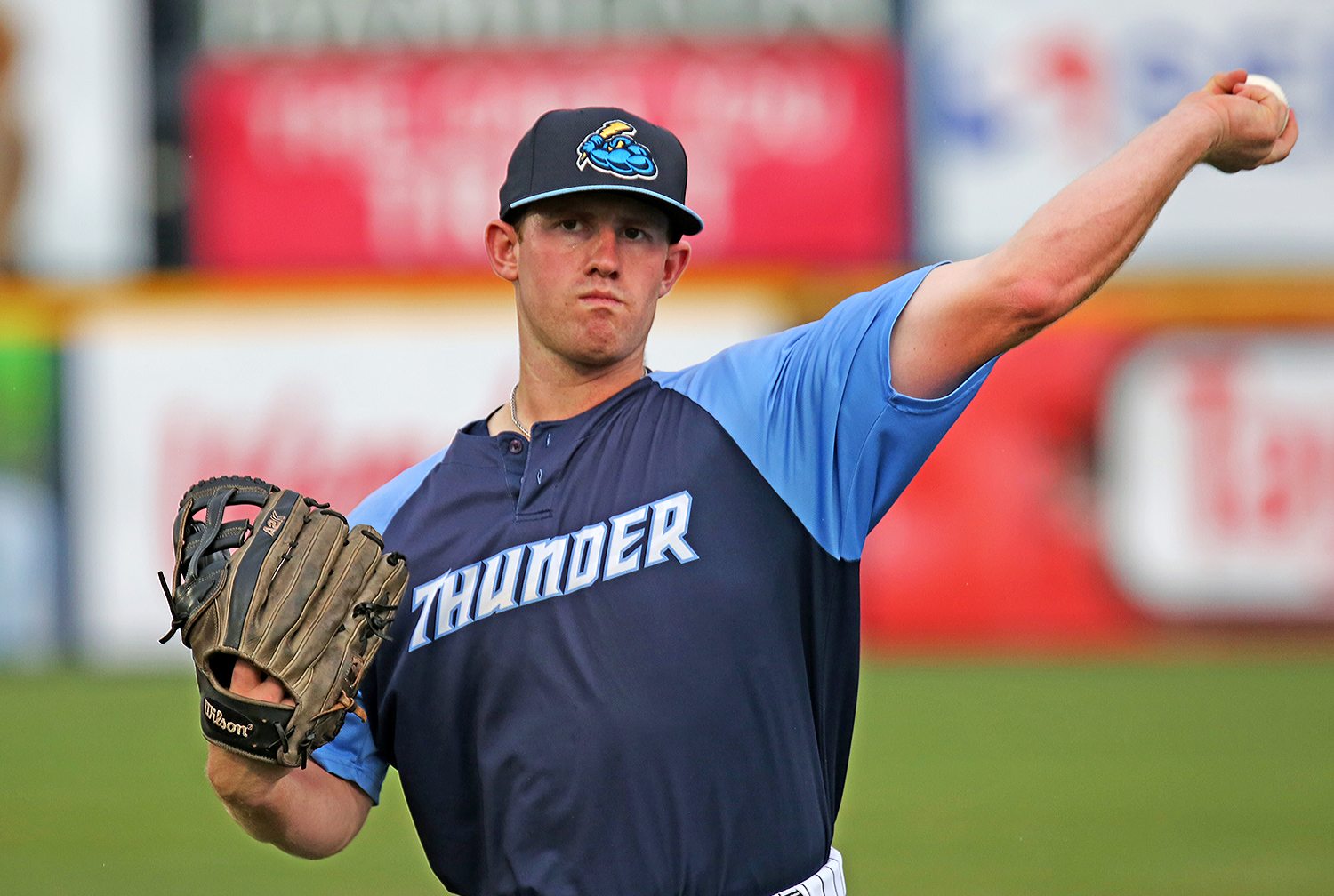 MANCHESTER, NH – A four-game winning streak came to a close Wednesday night for the Trenton Thunder (85-52) against the New Hampshire Fisher Cats (65-72) with a 7-2 loss.

The Thunder held a 2-1 lead heading into the bottom of the fourth inning, and a leadoff error by Thunder second baseman Abiatal Avelino sparked an inning featuring six runs on three hits, three walks and a hit-by-pitch. The runs were charged to Thunder starter Kyle Haynes, who allowed five earned runs over 4.1 innings.

In relief of Haynes, James Reeves entered for his Double-A debut and went 1.2 scoreless with four of his five recorded outs going for strikeouts. Cale Coshow tossed a pair of scoreless innings as the Thunder bullpen retired the final 11 men of the game.

Trenton’s offense came in the thirdinning, after falling behind New Hampshire early. Rowdy Tellez cracked a solo homer on a 2-0 offering from Haynes in the second inning for a 1-0 lead, but a pair of runs from Trenton in the top of the third thrust the Thunder ahead 2-1. The Thunder offense was held in-check the rest of the way and held to just four hits on the night, with Billy McKinney (2-for-3, 2B, 3B, K) the lone batter with a multi-hit night.

With a loss and a win by the Reading Fightin Phils, the Thunder sit 2.5 games out of first place in the East Division.

Trenton and New Hampshire wrap-up their series Thursday night with a scheduled 6:35 p.m. first pitch. Pregame coverage begins at 6:20 p.m. on 91.3 FM, 1490 AM and online at www.trentonthunder.com.