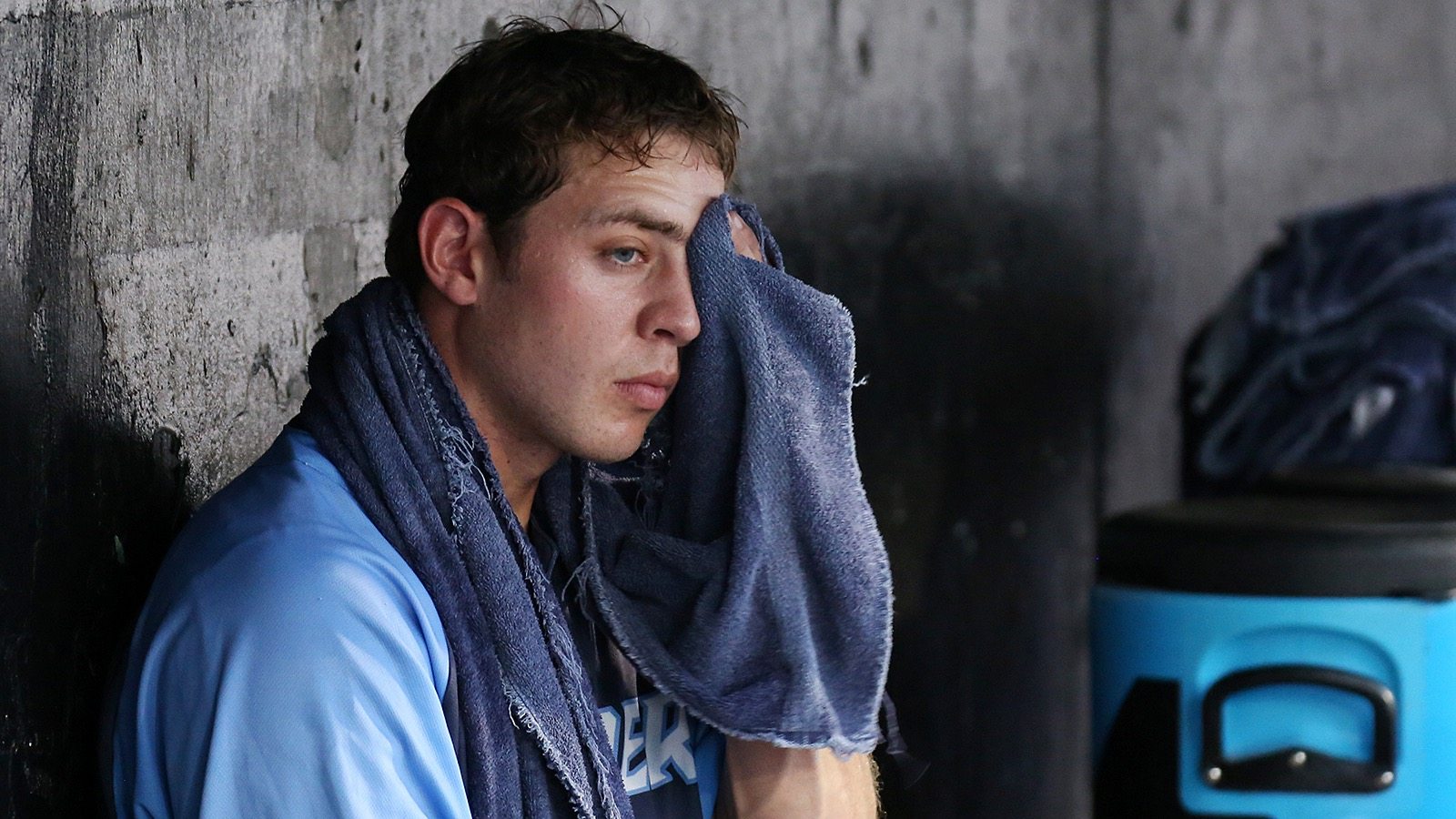 TRENTON, NJ – The mood in the Trenton Thunder clubhouse Thursday night was one of satisfaction, but also one of taking nothing for granted.

Bobby Mitchell’s team, which won 87 games during the regular season, trounced the Reading Fightin’ Phils, 9-4, before an Eastern League Division Series crowd of 2,335 in ARM & HAMMER Park, taking a 2-0 advantage in the best-of-5 affair that moves to Reading tonight for Game 3 and others, if necessary.

“That team is far from done,” said Mitchell of the Fightins. “They can get those bats rolling at any time. We just have to pitch, score some runs and play good defense. Going over to their park, where they are comfortable and plays much differently than our park, they’ll battle like crazy.

“We respect them. I just hope they respect us.”

Reading took a 1-0 lead in the top of the first before the Thunder grabbed a 2-1 advantage against Reading starter Ricardo Pinto with a pair of runs in the third inning. Dustin Fowler drove in a run with a sacrifice fly and Miguel Andujar doubled home Abiatal Avelino for the advantage.

It became 4-1 in the bottom of the fourth when the  Thunder scored twice on an RBI-double by Dante Bichette Jr. and a sacrifice fly from Sebastian Valle. Pinto pitched just three-plus innings, allowing four runs on six hits and a pair of walks.

Reading chopped that advantage to 4-3 off  Thunder starter Will Carter, who tossed a solid six innings,  in the top of the fifth, thanks to an error by Tyler Wade and a groundout by Christian Marrero.

Carter worked out of further issues and earned his first postseason win. The right-hander allowed four runs, three earned, on six hits and no walks and struck out four.

“Will did a nice job,” said Mitchell. “We also played an excellent game behind him, except for that fifth inning.

The Thunder quickly rebuilt that advantage in the bottom of the fifth with a pair of sacrifice flies to make it 6-3  before Reading slugger Dylan Cozens hit a rocket blast well over the right-field wall in the top of the sixth to close the gap to 6-4.

The shot, which may have crossed the nearby Delaware River into Pennsylvania without paying the toll, provided the last run Reading scored.

“The bullpen is very important in a series like this. Feyereisen and Jones have been great for two nights,” said Mitchell. “They’ll have to sit a day tomorrow, but I know they’ll want to get right back in there.

“I also thought the two kids, Marsh and Frare, got big outs in the seventh inning.”

The Thunder broke it open in the bottom 0f the eighth against Reading’s Miguel Nunez. Fowler, Mike Ford and Mark Payton each drove in runs as Trenton surged to a 9-4 advantage.

“It’s great when our hitting is like that throughout the lineup,” said Thunder right-fielder Billy McKinney, who had a pair of hits and an RBI Thursday night. “I know they hit a lot of home runs in their park. We have a chance to hit sone as well.”

Thunder lefty Justus Sheffield will take the ball for Trenton in Friday’s Game 3 with one Double-A start, a four-inning stint against Reading in which he struck out nine, opposed by lefty Elniery Garcia, who will be making his Double-A debut after going 12-4, 2,68 at Class-A Advanced Clearwater.

“I just know from what everybody has told me, I have to keep the ball down in Reading,” said Sheffield.

Certainly Mitchell would love to see his team close things out Friday night, but he knows that won’t be easy.

“The game is totally different in their park,” he said. “They’ll really come after us. I was glad to see our offense get going tonight. We have the momentum, but it can switch quickly.”

Yet, with having to win just one game of three in Reading, the Thunder’s odds aren’t bad.