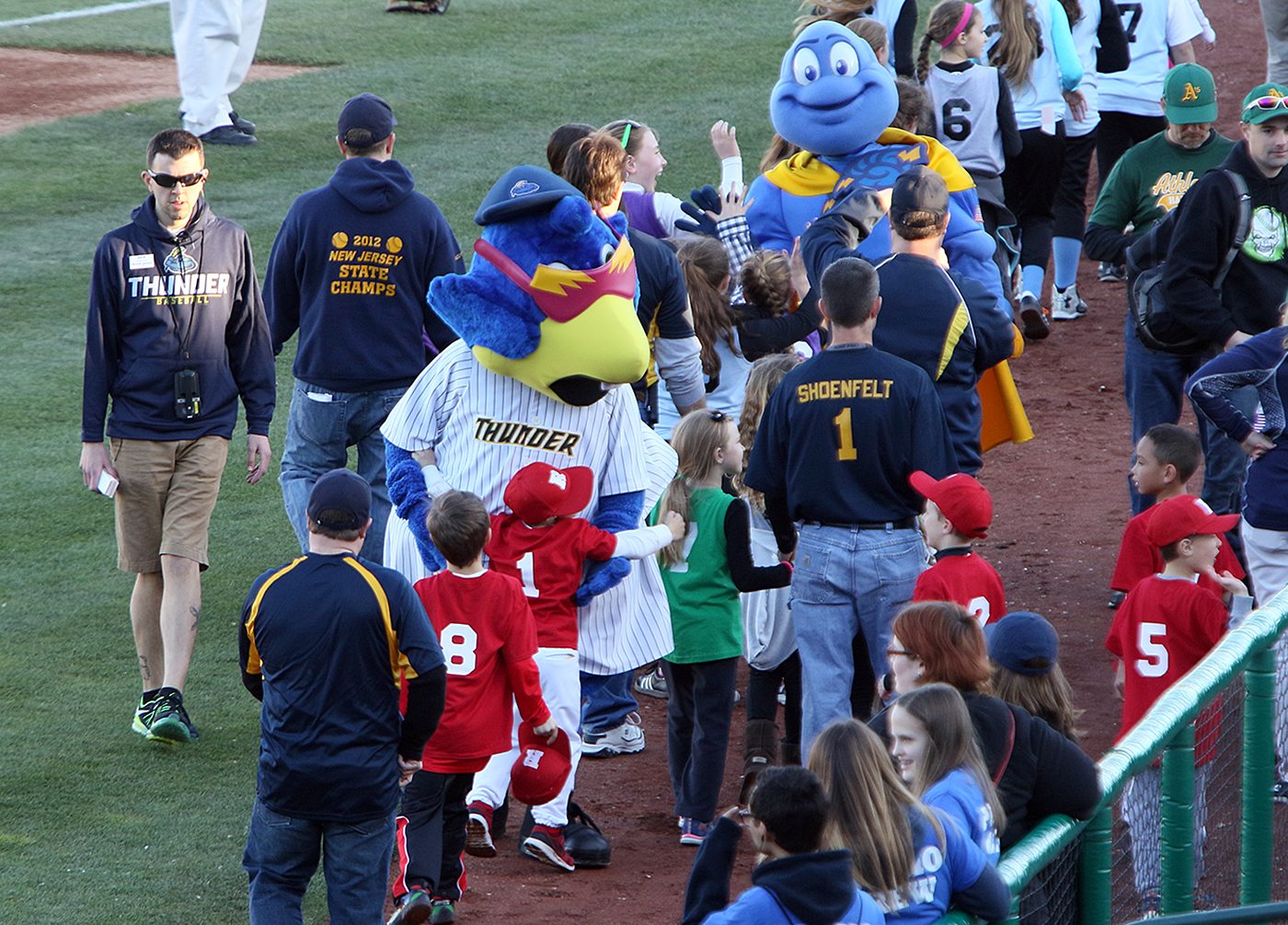 The Trenton Thunder, one of MILB's elite franchises, will pass 9 million in attendance Saturday. (Photo by Martin Griff)

TRENTON, NJ – The Thunder, Double-A affiliate of the New Yankees, stand just 4,608 fans shy of nine million fans in franchise history and expect to pass the milestone on Saturday as the team hosts the Binghamton Mets at ARM & HAMMER Park.

Saturday’s game with the B-Mets projects to be a signficiant crowd at ARM & HAMMER Park. Fans holding tickets to the game are encouraged to arrive early to ensure a smooth parking and entrance experience.

Since first opening the doors as Mercer County Waterfront Park on May 9, 1994, the Thunder have welcomed 8,995,392 total fans through the gates.

The Thunder’s nine millionth fan will receive a prize package that includes:

Don’t miss your chance to be part of history at ARM & HAMMER Park. Join the Thunder as they continue their homestand against the Binghamton Mets this weekend. Tickets are available by calling 609-394-3300 or online at www.trentonthunder.com.