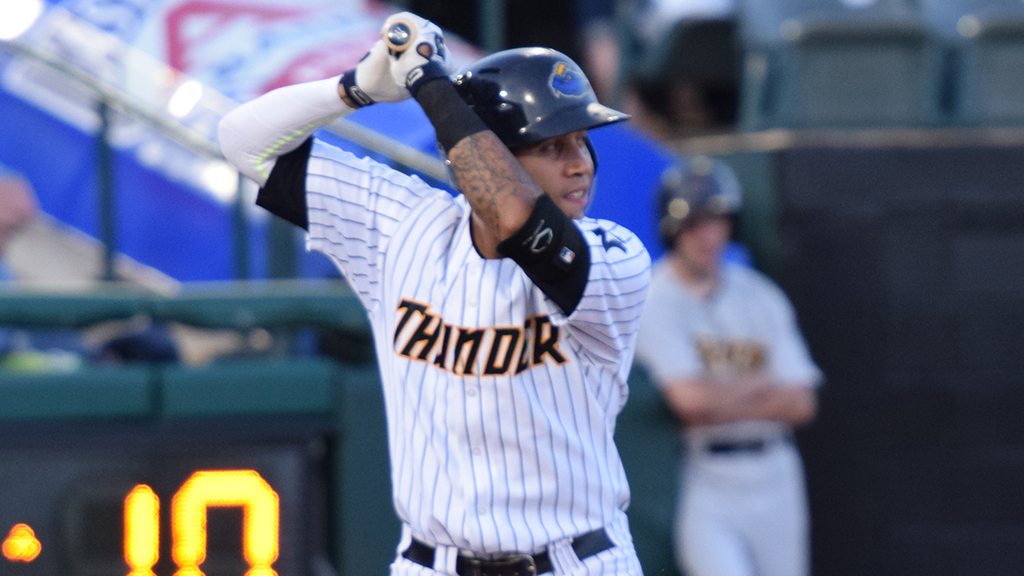 TRENTON, NJ – The Thunder jumped out to leads of 1-0 in the first inning and 5-4 after three innings before drawing the game even at six on Tony Renda’s solo home run off Duke von Schamman.

Akron’s Bryson Myles became the first opponent to hit for the cycle against the Thunder with a long solo home run with one out in the top of the eighth.

However, the Thunder offense had one final rally in their bats. With one out, Francisco Arcia walked and Cito Culver singled up the middle to bring Jake Cave to the plate. Cave hit a line drive to right center and Akron CF Jordan Smith dove and could not get it, allowing both runners to score. Just two pitches later, Cave scored on a passed ball for a 9-7 Thunder lead.

Mark Montgomery closed the door with a 1-2-3 ninth inning and earned his 14th save of the season.

The Thunder offense banged out 14 hits led by Culver’s three-hit effort and two-hit games from Cave, Renda, Segedin, Danny Oh and Tyler Wade. Culver is riding a seven-game hit streak and is batting .450 (11-for-24) during the hot stretch.

Tuesday was also the first time this season that the Thunder have hit two home runs in a game at ARM & HAMMER Park with Segedin’s two-run shot in the third and the solo shot from Renda.

Your Thunder will go for the sweep against Akron on Wednesday afternoon at 2pm at ARM & HAMMER Park. Wednesday is a Business Person’s Special, presented by the MidJersey Chamber of Commerce and the first 1,000 fans, age 18 and up, will receive Thunder Business Card Holders. The Thunder starter is TBA and the RubberDucks will start RHP D.J. Brown (0-2, 5.25). Listen live to Thunder baseball on 91.3 WTSR and online at Trentonthunder.com beginning at 1:40pm on Tuesday