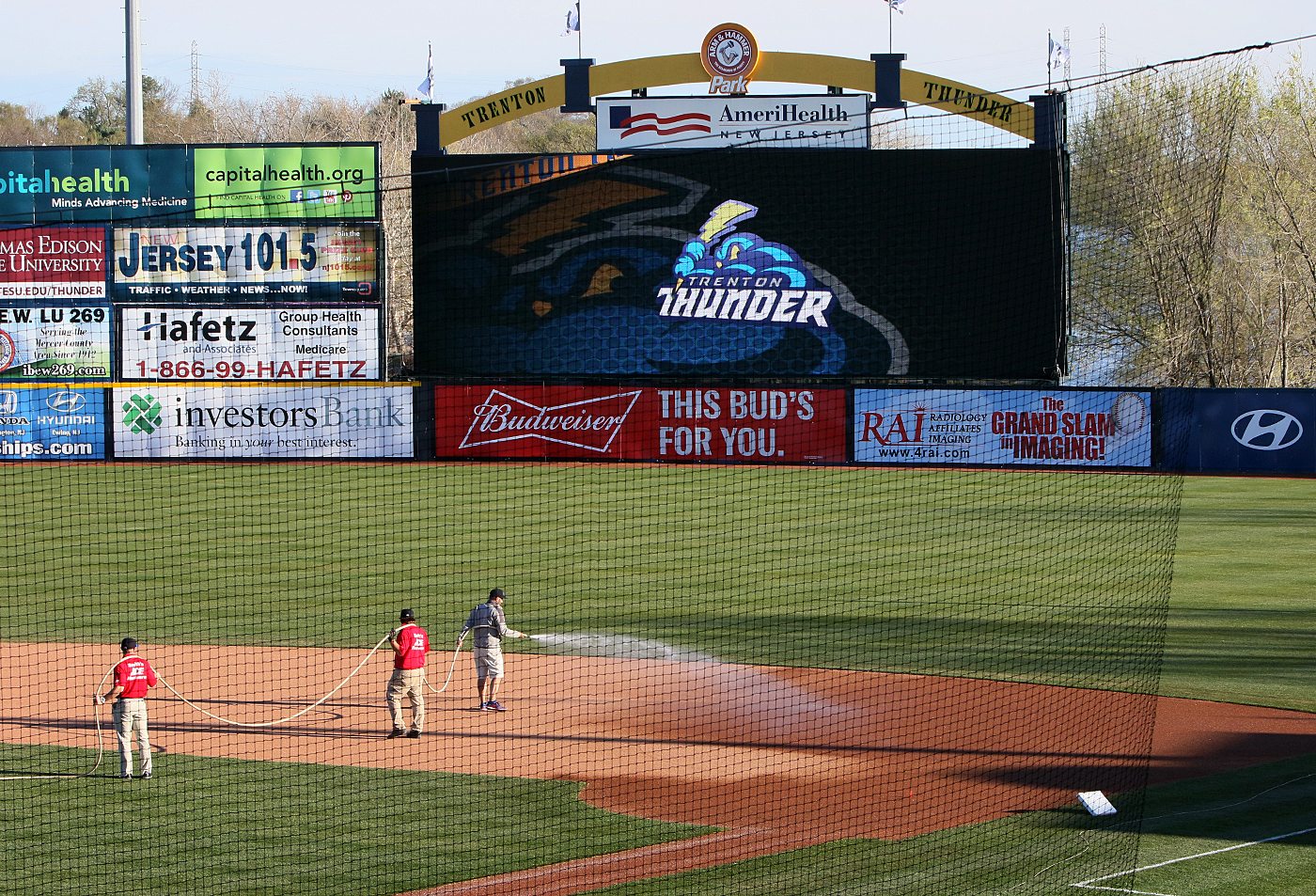 The Thunder will travel to Norwich for the first time since 2009 June 1. (Photo by Martin Griff)

TRENTON, NJ – The Hartford Yard Goats, the Double-A affiliate of the Colorado Rockies, planned to host the Trenton Thunder May 31 to open their brand-new Dunkin’ Donuts Park.

However, to no major surprise, the Thunder will not be playing in Hartford, as the Yard Goats’ ballpark, already several weeks behind schedule, was not delivered “substantially complete” by the developers –  DoNo Hartford LLC and Centerplan Cos. – at a May 17 deadline.  The developers, as per contract, face a $50,000 fine for the first day that “substantial completion” was missed and $15,000 a day after that until it is delivered.

Several areas, including an elevator, refrigeration for a food commissary and bathrooms, have not been completed, as well as a portion of fence in the upper right-field grandstand to protect fans was not deemed sturdy enough by Hartford’s fire marshall. City officials in Hartford estimated the stadium could be ready in a month.

As a result, the Eastern League Thursday issued this re-scheduling announcement.

At this time the league is moving home dates for the Hartford Yard Goats that were scheduled to be played in Hartford during the period of May 31-June 16.

A list of the changes, starting with the Thunder’s series, are listed below:

This series will now be played at Dodd Stadium in Norwich, Connecticut on June 1 and June 2. May 31 will become an off-day for both clubs, who will play a doubleheader June 1.

Trenton plays a four-game series in Binghamton from May 27-30 to open what is a seven-game road trip.

This series will now be played at Dodd Stadium in Norwich, Connecticut on June 3, June 5 and June 6. Both clubs will have an off-day on June 4 and will play a doubleheader June 5.

This series will now be hosted by the Reading Fightin Phils from June 14 to June 16.

Information regarding game times and other questions will be available from the Hartford Yard Goats for the dates in Norwich and the Reading Fightin Phils for the games they are now hosting.

The Eastern League will continue to monitor the situation and will make further decisions regarding the Hartford schedule as additional information becomes available regarding the availability of Dunkin’ Donuts Park.

Dodd Stadium, in which the Thunder last played the Connecticut Defenders (now the Richmond Flying Squirrels) in 2009, is now home to the Connecticut Tigers of the Short-Season Class-A New York-Penn League. Their season begins at Tri-City June 17, their first home game against the Brooklyn Cyclones June 22. With the Tigers’ preparation, it was doubtful Dodd would be made available after June 5.

The Thunder’s only other scheduled visit to Hartford is Aug. 19-21. The Yard Goats are scheduled to play at ARM&HAMMER Park Aug. 2-4.