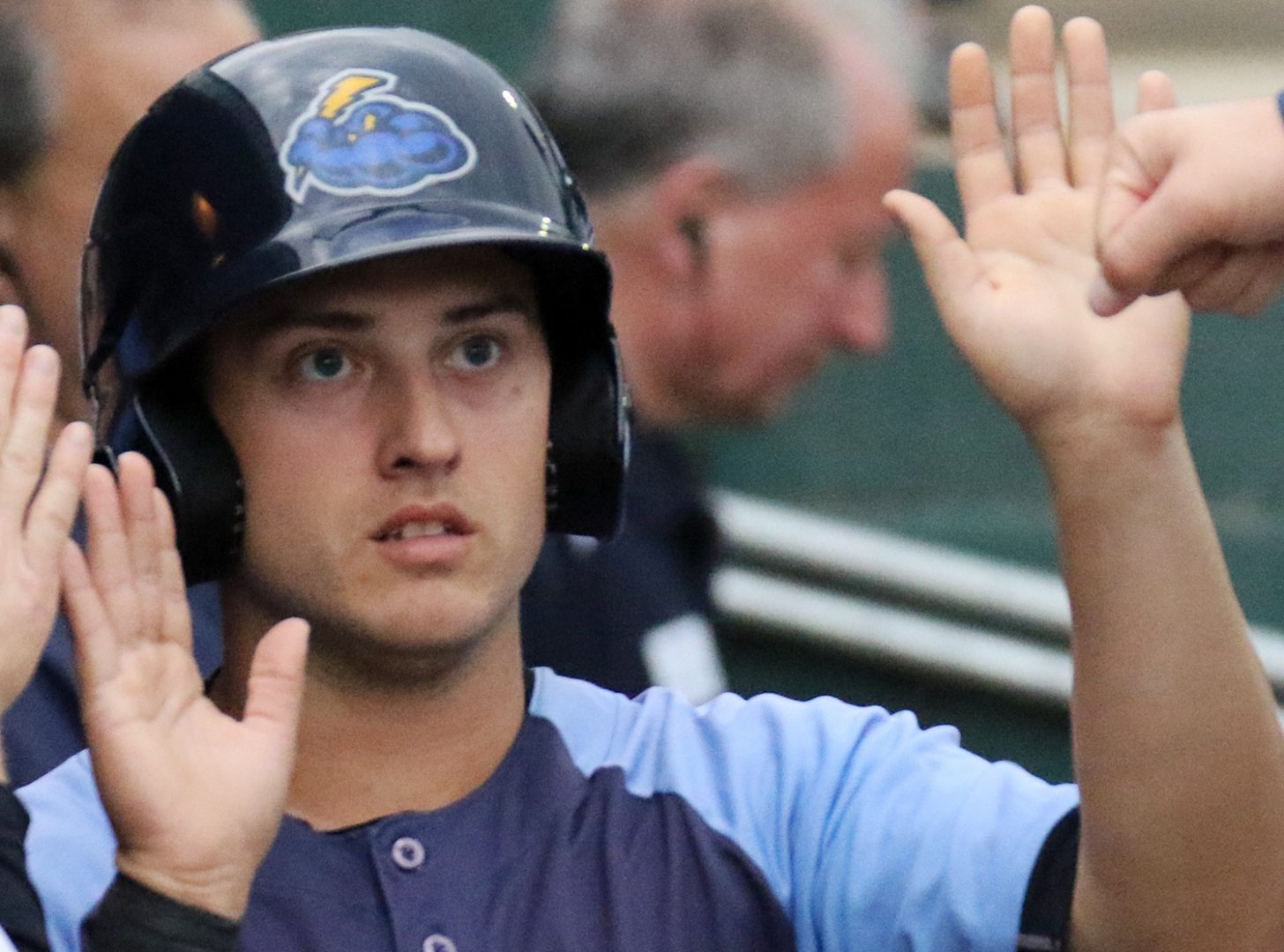 BINGHAMTON, NY – The Trenton Thunder used a run in each of the first three innings to take an early 3-2 lead over the Binghamton Mets Monday afternoon, and used late offense to cushion their largest win of the season, 9-2.

The Thunder offense entered the eighth inning with a 3-2 lead, but plated a pair of runs in the inning on hits by Cito Culver and Tyler Wade, before exploding for four runs in the 9th. After Tyler Austin struck out against the newly inserted reliever Beck Wheeler, seven straight Thunder batters reached base to knock him from the game.

Starting pitcher Dietrich Enns allowed two runs over 5.2 innings, but both runs came early. After being staked to a 1-0 lead entering the bottom of the 1st inning, he allowed hits to the first three batters he faced in the game. Then with runners at first and second and no outs, Dominic Smith crushed a ball up the right-centerfield alley which produced a run but Payton started a relay to second base that nailed Smith for the first out. From there, Enns recorded the final two outs of the inning without further damage.

Matt Wotherspoon (2.2 IP) and Jonathan Holder (1.0 IP) did not allow a run out of the bullpen and the B-Mets managed just one hit while striking out five times in 3.2 combined innings against them. The Thunder bullpen finishes the series with 13.2 scoreless innings, helping improve Trenton’s record to a season-best nine games above .500 (29-20).

The Thunder pile on the bus and head to the hotel in Hartford for a scheduled off-day Tuesday before returning to action Wednesday afternoon. Trenton and the Hartford Yard Goats go toe-to-toe Wednesday beginning at 4:00 p.m. live at Dodd Stadium, the home of the Connecticut Tigers in Norwich, CT. Pregame coverage for the two-game, seven-inning doubleheader begins at 3:45 p.m. on 91.3 FM and online at www.trentonthunder.com.