Thunder's Lipka Talks About Bunt That Broke the Internet 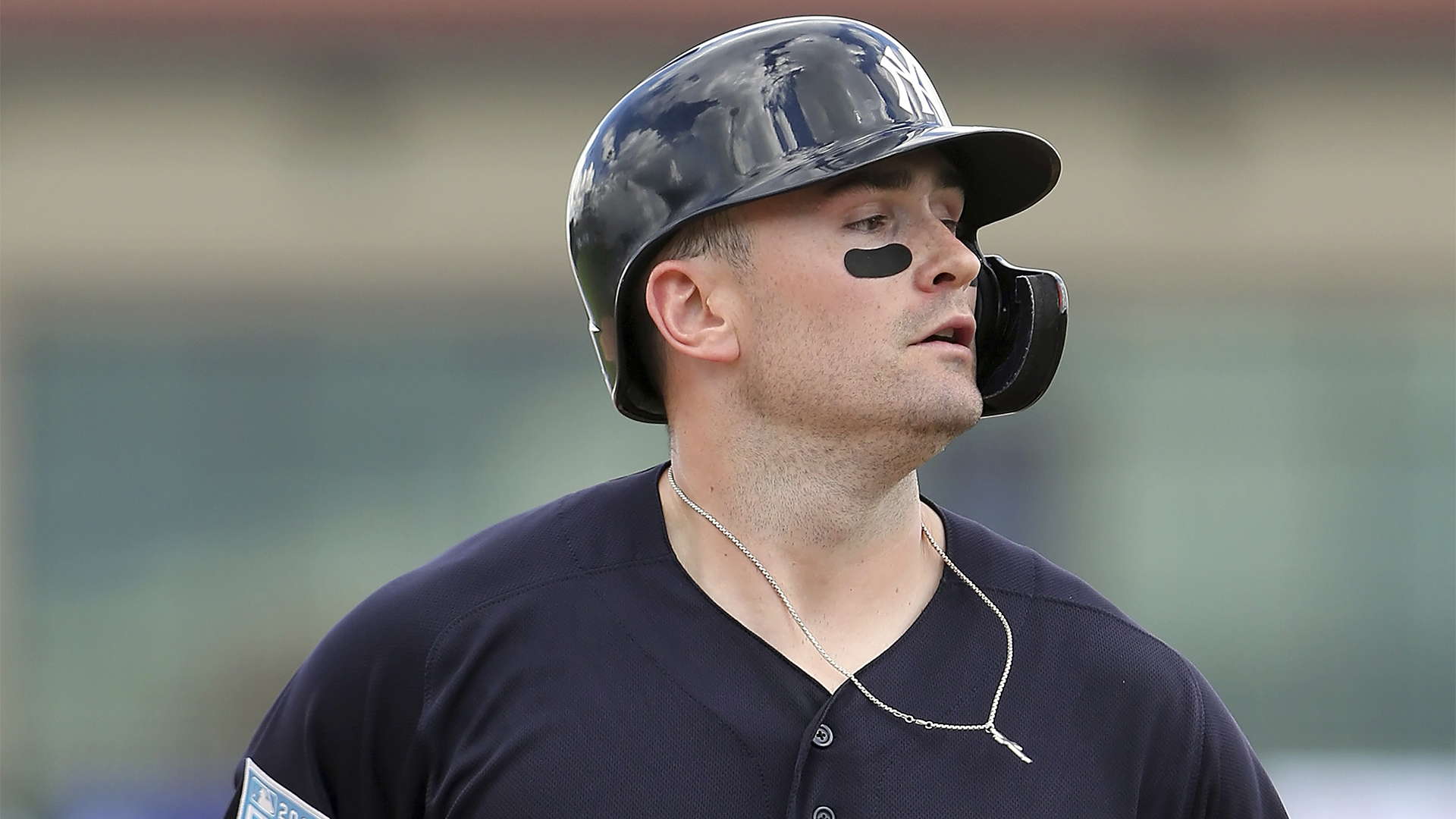 LAKELAND, FL - FEBRUARY 27: Matt Lipka (96) of the Yankees trots back to the dugout during the spring training game between the New York Yankees and the Detroit Tigers on February 27, 2017 at Joker Marchant Stadium in Lakeland, Florida. (Photo by Cliff Welch/Icon Sportswire) (Icon Sportswire via AP Images)

TRENTON — A MILB team rarely gets national notoriety. Usually, it’s because of good things — a nice catch, a cool celebration, perhaps even a batdog.

But on Wednesday, the Trenton Thunder logo was plastered onto programs such as Pardon the Interruption on ESPN, and not for “good” reasons.

On Tuesday night, in a 3-0 game against the Hartford Yard Goats, Thunder CF Matt Lipka was up at the plate with one out in the top of the 9th inning. The Yard Goats were two outs away from a combined no-hitter shared amongst four pitchers when he asked Trenton Thunder manager Pat Osborn if he should lay down the bunt.

“Before the inning, I had talked to [Osborn and hitting coach Ty Hawkins] and said hey if they give it to me, you want me to take it and they both said yeah,” Lipka said.

To provide some context into the stakes at hand: The Thunder led the Yard Goats by 1.5 games in the Eastern League Eastern Division standings. As of this year, the Eastern League adopted what the two other Double-A leagues do in terms of standings where there are a first-half winner and a second-half winner split amongst two divisions. If you win the half, you are automatically granted a spot in the playoffs. If you win both halves, you’re automatically granted a place in the championship series.

At the Yard Goats home stadium, Dunkin’ Donuts Park, it is 309 feet to the right field foul pole.

Further, in the game itself, Lipka was in the nine-hole with the Eastern League leader in batting average in left-handed hitter Hoy Park behind him with lefties Rashad Crawford and Ben Ruta behind Park. Should one of them fail, Chris Gittens, whose team-leading 10 Home Runs, most of which hit over the right-field fence, was in the four-hole. One swing over 309 feet over the right-field fence could tie or give the Thunder the lead in the 9th inning.

With all of this in consideration, Lipka decided to attempt to bunt his way on. He did, and he succeeded. There was a runner on first with one out and the top of the order at the plate in a 3-0 game. You play to win the game, after all, right?

“I didn’t call it,” Osborn said. “I okayed it, he did it on his own in terms of the actual decision to bunt, but in no way shape or form did I think it was a ‘bush league play.’”

Ultimately, Park and Crawford were unable to reach base, and the Thunder lost 3-0, but clearly, that wasn’t enough for Yard Goats pitcher Ben Bowden, as he began chirping at Lipka which led to benches being cleared.

“He started chirping, he was upset, whatever,” Lipka said. “I’m not going to sit there and just get verbally bullied, so I shot some stuff back too.”

No punches were thrown, and the situation was de-escalated in a matter of seconds

“Bottom-line is we’re here to play baseball and help these kids get better,” Osborn said. “And the last thing we want to do is start a fight, and someone gets hurt and potentially end a career or hurt someone’s career.”

A situation liked this occurred in the past. In a 2010 brawl between the St. Louis Cardinals and the Cincinnati Reds, Cardinals backup catcher Jason LaRue suffered a concussion that would force him to retire.

In the aftermath of the game, the Lipka bunt was buzzing around Twitter, and the clip was shown on ESPN and MLB Network sparking debates on both networks.

“I didn’t think it would blow up like this, honestly,” Osborn said. “I don’t have social media, and I don’t follow social media, and I’ve heard a little bit of what’s been written but I think if you really dig into and you start analyzing exactly what was going on, who Matt Lipka is as a player, how much the bunt is apart of his game, I think as you peel the covers back you start to realize that this was probably a pretty good play and if we were to get another guy on and hit a ball out of the ballpark and tie the game, it would be kinda genius.”

As they usually do, the MILB twitter account posts updates whenever a no-hitter; combined or not, is in progress. When they tweeted that Lipka broke up the no-hitter with a bunt, they followed-up with a tweet saying “Benches cleared following the final out.”

“I’ll tell you what, personally where I think it got lost, and I think who did a terrible job was the MILB video people and MILB how they pushed there,” Lipka said.

“They have it zoomed in, and you can’t see the score, it leaves everything up to context and everything you read and everything I see “You’re a scumbag.” It wasn’t 9-0, I’m there trying to win, there was absolutely a thought-process behind it, I’m not doing just to break it up and I thought the way that they handled it honestly made everything blow-up, and it just looked way worse than it did, I think they just did a terrible job.”

So much of this incident has turned into whether this is “bush league” or whether the unwritten rules of the game were enforced or not. As mentioned, had Lipka and two other guys reached base, and someone hit a home run, the Thunder take the lead in a crucial game that could’ve very well solidified a potential playoff berth.

But people are taking this with zero context and assume it’s an 8-0 game and Lipka was doing this to, in his own words, be a “scumbag.”

“If that game is 5-0, 6-0, 7-0 I say no Matt, you gotta hit,” Osborn said. If the game’s within four runs, you can tie the game with one swing of the bat so, in terms of that, I think it’s fair game, but there are times, and there are situations where you’re only doing that to try to break up the no-hitter. For me, Matt is trying to get on base to help the team win, so that’s two different situations.”

Following the incident, Lipka received death threats via social media. Remember, this is a player breaking up a combined no-hitter in Double-A by laying a bunt down in a 3-0 game.

“I’m not somebody who sits there and sits on it anyway,” Lipka says. “But my buddies are saying ‘hey people are saying they want you shot and stuff’ but I don’t take it seriously, it’s just funny how people speak with such conviction over things that they have no experience, they just do not know what they’re talking about, people are just super adamant about it, and it’s scary obviously, but that’s what it’s come to today.”

We’re talking about a combined no-hitter in Double-A, in June. Quite frankly, I don’t think anyone should receive death threats regarding a game. This is a game that we’re talking about. Not politics. Not everyday life. A baseball game.

“I know it’s brought a lot of attention to Matt,” Osborn said. “Some of it’s been negative which is unfair for him as a person, as a player,”

“But I guess that’s the world we live in,” he added.

In this article:bunt, Matt Lipka, no hitter, Trenton Thunder