Thunder's Mitchell Knows What Yanks are Getting 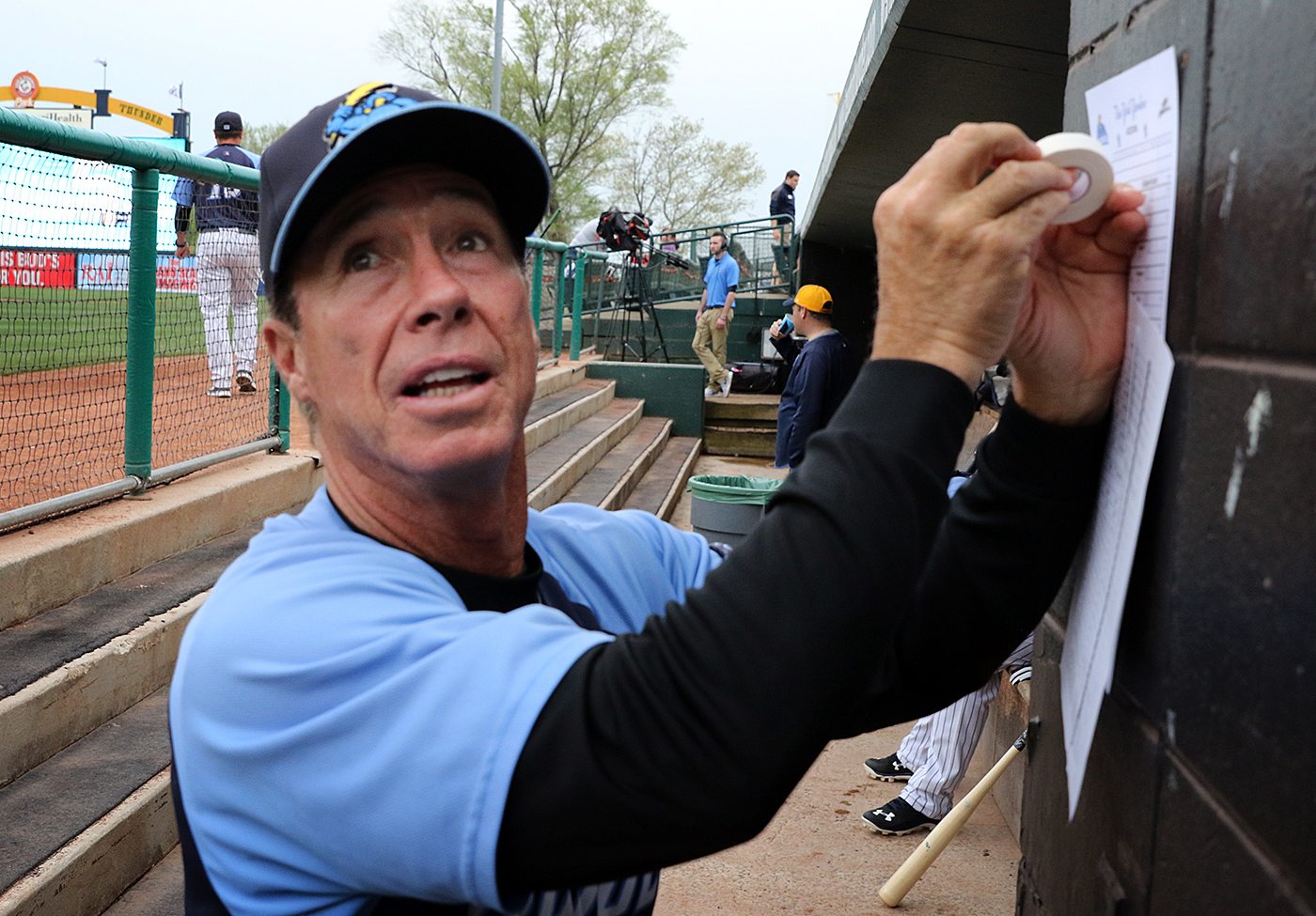 TRENTON, NJ – If anyone in the Yankees system had a front-tow seat to watch three of the players the Yankees received from Cleveland in the Andrew Miller trade, it is Double-A Trenton Thunder manager Bobby Mitchell.

His Trenton team faced relievers J.P. Feyereisen and Ben Heller, along with with outfielder Clint Frazier, when the Thunder battled the Akron Rubber Ducks,  Cleveland’s Double-A farm and annually one of the Eastern League’s more formidable clubs.

“They certainly were thorns in our side,” said Mitchell prior to Sunday’s doubleheader with the Altoona Curve at Arm&Hammer Park. “We’re certainly glad to have them on our side.”

Of the three, right-hander Feyereisen, who was 4-3, 2.23 with five saves for Akron, will join the Thunder,

“He will be here Monday (an off-day for the Thunder),” said Mitchell. “We’ve seen him a couple of times. He has a real good arm and will fit right in with what we have here. The bullpen is so huge for us.

“We look forward to having him. We welcome him and hope he likes it here.”

Feyereisen will join both Matt Wotherspoon and Tyler Jones in pitching high-leverage innings as the Thunder battle for both an Eastern League East title and a postseason playoff berth.

Heller, who was with Akron in the early going, having spent much of the year with Triple-A Columbus and will report to Scranton/Wilkes-Barre, also impressed Mitchell.

“He has a great arm,” said the Thunder skipper of Heller. “From what (Yankees general manager) Brian Cashman is saying, he could be a part-time big-leaguer before the season os over.”

Indications are right-hander Heller indeed could be a September call-up by the Yankees.

As far as Frazier is concerned, Mitchell hoped for a second the Indians’ No. 2 prospect, according to Baseball America, would make an appearance with his club, but certainly knew he was promoted to Triple-A Columbus last week and is on his way to the Triple-A RailRiders.

He first saw Frazier with the Indians’ team in the Arizona League, the western counterpart to the Gulf Coast League, in 2013.

“We would have loved to have him, but he’s a Triple-A player now,” said Mitchell. “He has all the skills and can play anywhere in the outfield they put him. He was a man among boys in Arizona.

Mitchell credited his club with focusing on what it needs to during the days leading up to the trading deadline. As a former big-leaguer, he knows thoughts of who might be coming and going cross through players’ minds.

“Of course players think about this stuff,”” he said. “It’s normal,to think whether you are going to be traded, who is coming in. But our group has always been focused on what we have to do and that we have to keep winning. It’s a great group.”

Both Frazier and left-handed pitcher Justus Sheffield, who will report to Class-A Advanced Tampa, mentioned via their Twitter accounts how excited they were to get an opportunity to play with the Yankees. Many players in their 20s grew up watching the great Yankees teams of the late 1990s and, to a man, feel Derek Jeter epitomized what a professional player ought to be.

“If you are traded to our organization, it’s an honor,” said Mitchell. “It is something you look forward to. If you can make it with the Yankees, it’s something special. It’s an elite organization.”

For the first time in years, the Yankees system has top-level prospects at several positions. This fosters excellent competition.

“What a player has to do is take advantage of it,” said Mitchell. “You get your shot, go and get it. I feel, right now, our system is strong and climbing (in the ratings).

And, for the first time in several years, giving a realistic glimpse of the Yankees’ future.”