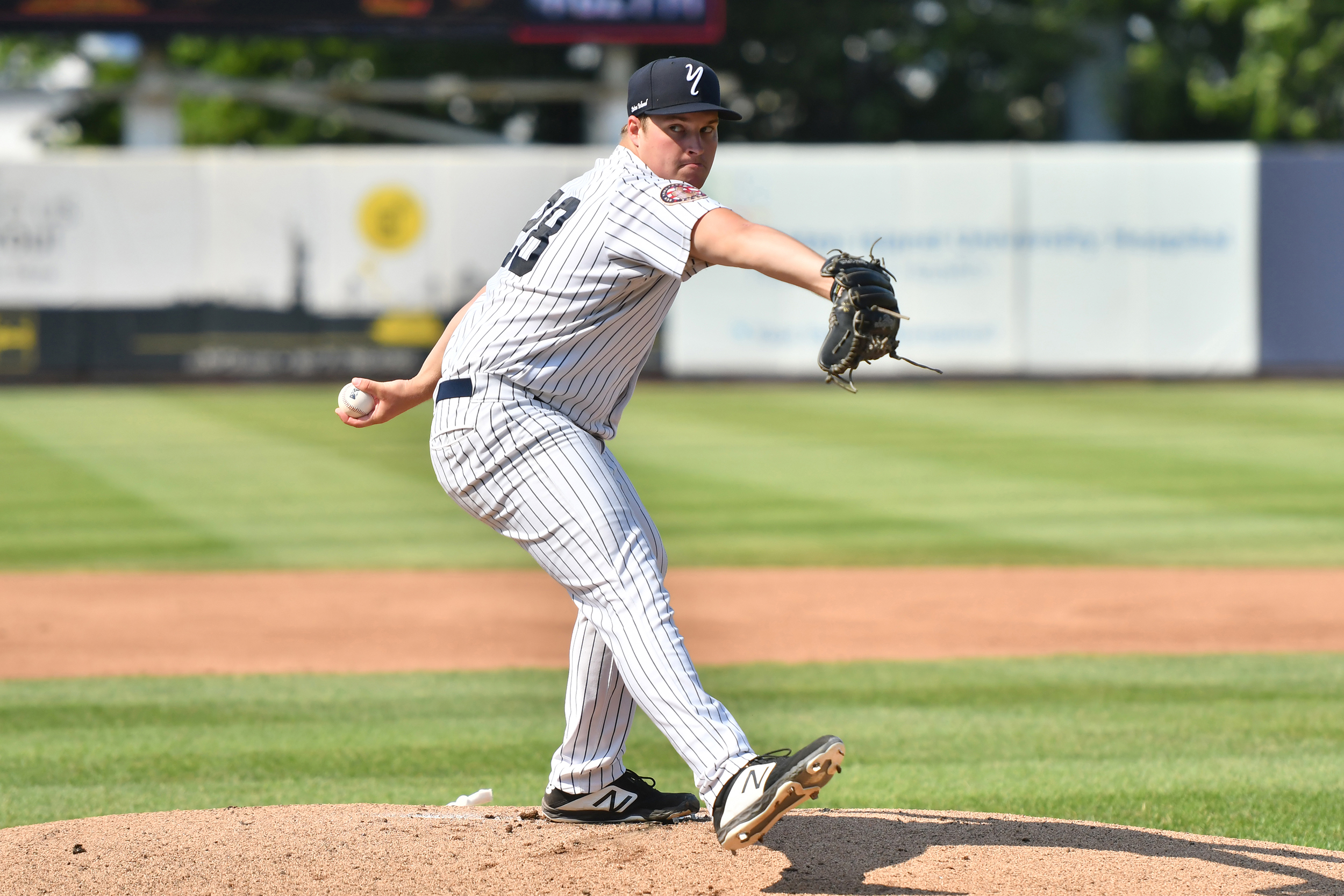 For the first time in 1,022 days, New York Yankees pitching prospect TJ Sikkema returned to the mound on May 8th for the High-A Hudson Valley Renegades.

Sikkema was the Yankees 38th overall pick in the 2019 MLB Draft out of the University of Missouri, where he was an All-American and ranked third in Division-I baseball with a 1.32 ERA that spring. He was assigned to the then short-season affiliate Staten Island Yankees after the draft, and pitched 10.2 innings allowing only one run before being shut down after he reached his innings limit for the year.

After the 2020 season was canceled due to the pandemic, entering 2021 Sikkema strained his rotator cuff, resulting in his second consecutive season being taken away. He entered 2022 Spring Training healthy, and was assigned to begin the year in High-A. That was, until forearm tightness sidelined him for the first month of the season.

“I missed it a lot. I missed getting in a game, I missed competing,” Sikkema said before the Renegades game on Friday. “There’s just something about getting on the mound against someone else. That was my biggest mental takeaway. Don’t take it for granted now and enjoy every second.“

After over two and a half years without taking the mound, Sikkema threw two perfect innings with three strikeouts in his High-A debut.

“I felt good, everything was working,” the 23-year-old southpaw said. “It’s good to get back out there against another team. That’s what I live for.”

“He knows how to pitch,” Renegades pitching coach Spencer Medick recently told NJ Advanced Media. “He’s a competitor. He was drafted high for a reason. He was a pretty polished college arm. He just hasn’t had the chance to showcase it in pro ball.”

The Clinton, Iowa native has built up to a pitch count of approximately 40, a number which will progressively increase over his next few starts. If all goes well, he could skyrocket through the system.

Asked what Yankees fans can expect from him, Sikkema explained “the biggest thing… is that I love to win more than anything in the world, and the other thing is probably that I hate losing.“