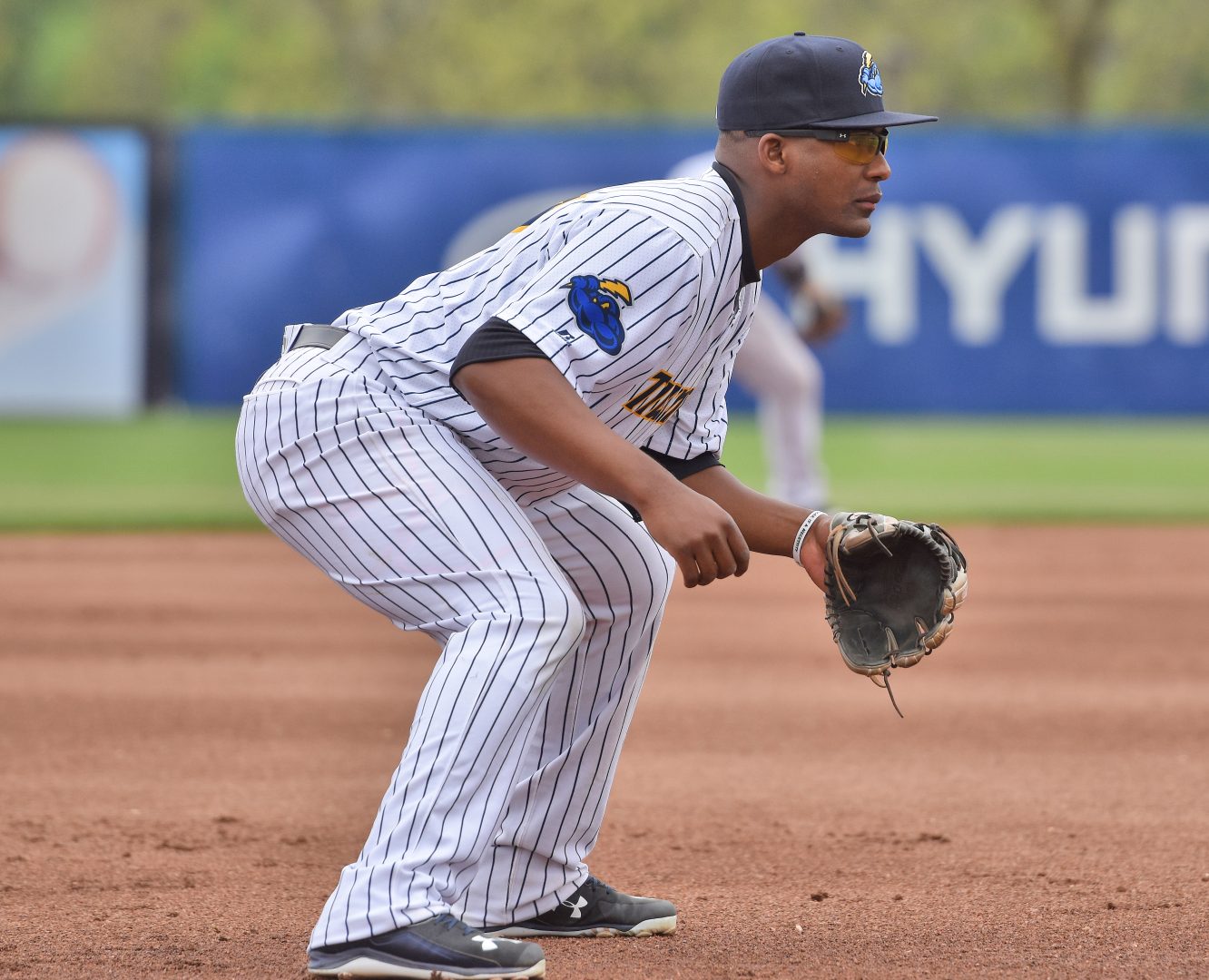 Miguel Andujar knows that he must cut down on the errors and has worked tirelessly according to Bobby Mitchell on improving in the field. (Paul Pagnato III)

Our very own Matt Kardos broke the news this morning that third base prospect Miguel Andujar has been promoted to the major leagues. The 22-year old hit at a .308/.379/.462 clip over seven games with the Scranton/Wilkes-Barre RailRiders (Triple-A) after earning a call up from Double-A Trenton where he slashed .312/.342/.494.

The Yankees have announced that veteran DH Matt Holliday has been placed on the 10-day disabled list with an unknown illness. Holliday has not played since he had an allergic reaction last week in Oakland, California. When asked by reporters, he reportedly said “I feel like someone zapped me of all my energy”. Manager Joe Girardi said that his blood work “has come back fine” and that “We’re still trying to figure out what’s going on”. The DL stint is retroactive to June 25, 2017. Holliday has been a leader on the field and in the clubhouse for the Yankees this season. He is batting .262/.366/.511 with 15 round-trippers thus far in 2017.

Also, Chris Carter has accepted an outright assignment to Triple-A Scranton/Wilkes-Barre. After leading the National League in home runs in 2016, Carter hasn’t produced as the Yankees had envisioned. After a dreadful start to begin the season, Carter has improved his slash line to .204/.286/.383 over the last month. He has hit just eight homers and struck out 70 times in 189 plate appearances for New York.