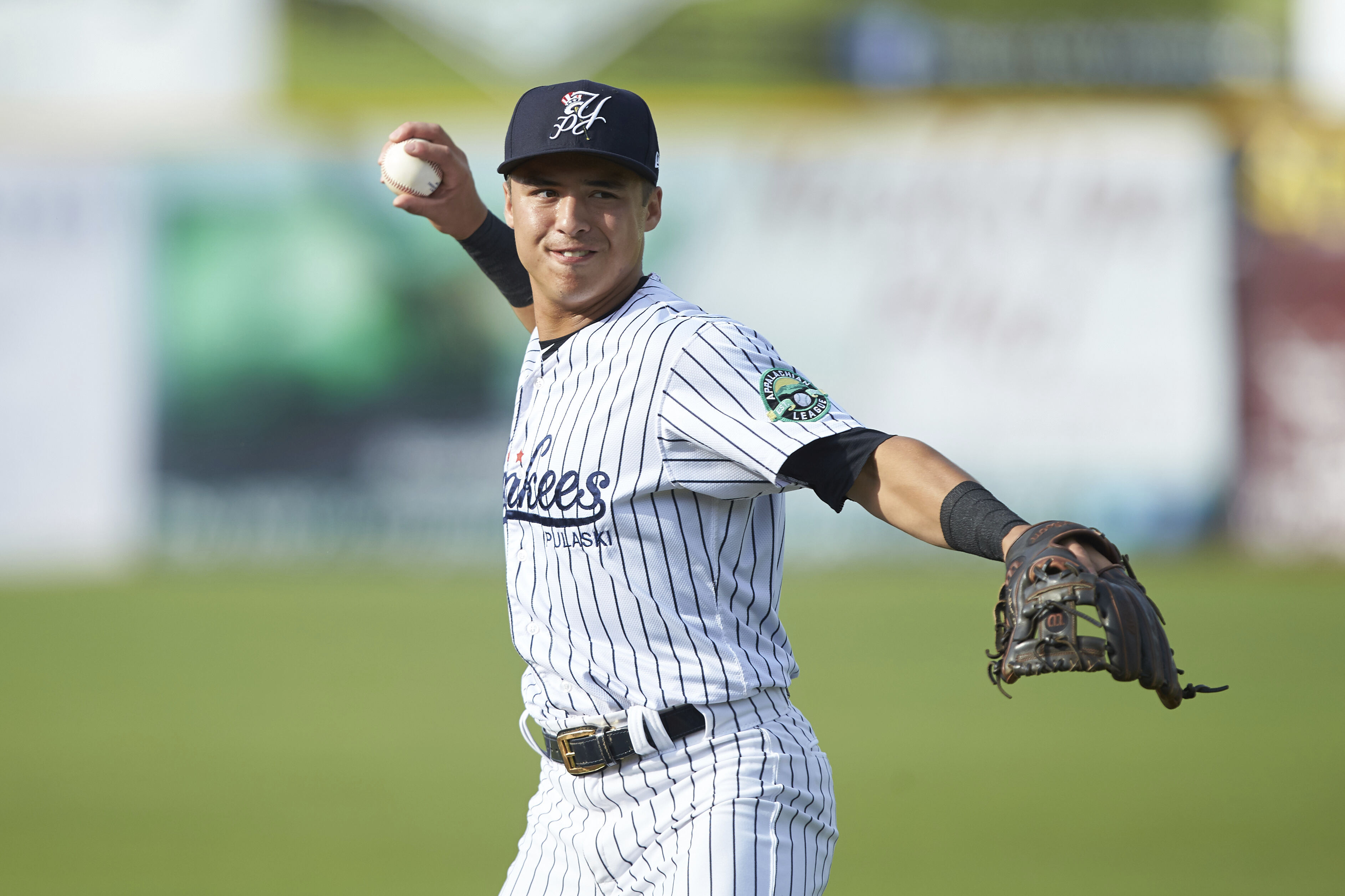 With just two days left until the start of the 2021 minor league season, the New York Yankees have announced their break camp rosters, including the class Low-A Tampa Tarpons, which includes Yankees’ 2020 first and third round draft picks, Austin Wells and Trevor Hauver, as well as undrafted free agent Blane Abeyta.

The Tarpons, formerly the Yankees’ class High-A affiliate is now their Low-A affiliate after the minor league restructuring earlier this offseason.

Rounding out the roster for the Tampa Tarpons is the outfielders, which will include Evan Alexander, Juan De Leon, Pat DeMarco, Elijah Dunham, and Jacob Sanford.

It’s been talked about by scouts and reporters how deep the Yankees’ farm system is. They have a lot of young talent that has the potential to develop really well, and this Tarpons roster is a great example of that talent. It includes first and third round draft picks and many top prospects.

Austin Wells (No. 6), Anthony Volpe (No. 11), and Trevor Hauver (No. 23) are all listed as top prospects in the Yankees’ organization according to MLB.com.

Wells, a 21-year old catcher from Las Vegas, Nevada has already impressed the Yankees thus far in his time with the organization. He was invited as a non-roster invitee to spring training in 2021 and in his first at bat in a professional uniform, he hit a hard ground-ball single into center field. He lived up to his hype about his ability to see the ball well at the plate and manage the strike zone. Fans can expect to see Wells make his way through the organization quickly if he continues to perform like he did in the spring.

Volpe was drafted by the Yankees in the first round, with the No. 30 overall pick in the 2019 MLB Draft. Volpe is known for his sharpness at shortstop and his speed on the base pads. Stolen bases will be the stat to watch on Volpe if he can continue to drive the ball and get on base. 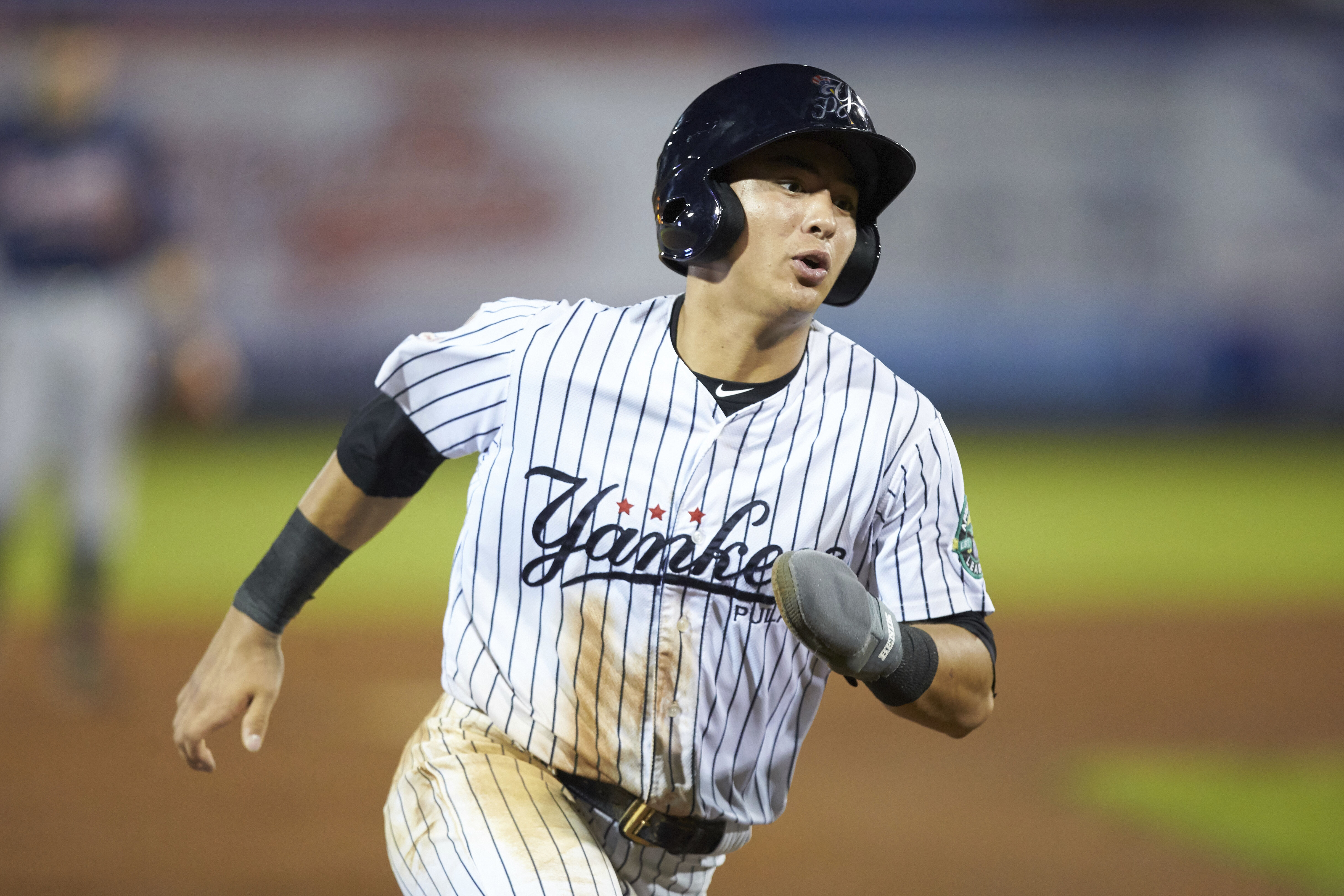 Anthony Volpe (12) of the Pulaski Yankees hustles towards third base against the Danville Braves at Calfee Park on June 30, 2019 in Pulaski, Virginia. The Braves defeated the Yankees 8-5 in 10 innings. (Brian Westerholt/Four Seam Images via AP)

Hauver (21) bats left and throws right. According to scouts, Hauver displays confidence at the plate and has the ability to work deep counts. Hauver, who’s left handed approach at the plate produces power and high exit velocities, offers the ability to be similar to Aaron Judge and Giancarlo Stanton in his ability to either hit for average and power, or draw a lot of walks.

Hauver, listed as an infielder on Tampa’s break camp roster, also has the ability to play the outfield, making him a versatile piece of the Yankees’ puzzle, although already deep in the outfield position throughout the minor leagues and in New York. However, being able to be versatile and flexible in the field will pose as a plus-side for Hauver as he looks to work his way through the organization.

The full break out roster for the Tarpons, as well as the Yankees’ other minor league rosters can be found below.

Here’s how Scranton Wilkes-Barre (AAA), Somerset (AA), Hudson Valley (A+), and Tampa (A) are lined up to start the 2021 season: pic.twitter.com/oSHZmY6Lxe

The Tarpons open their 2021 season on Tuesday at 6:30 pm EDT at George M. Steinbrenner Field in Tampa. Their full schedule is below.