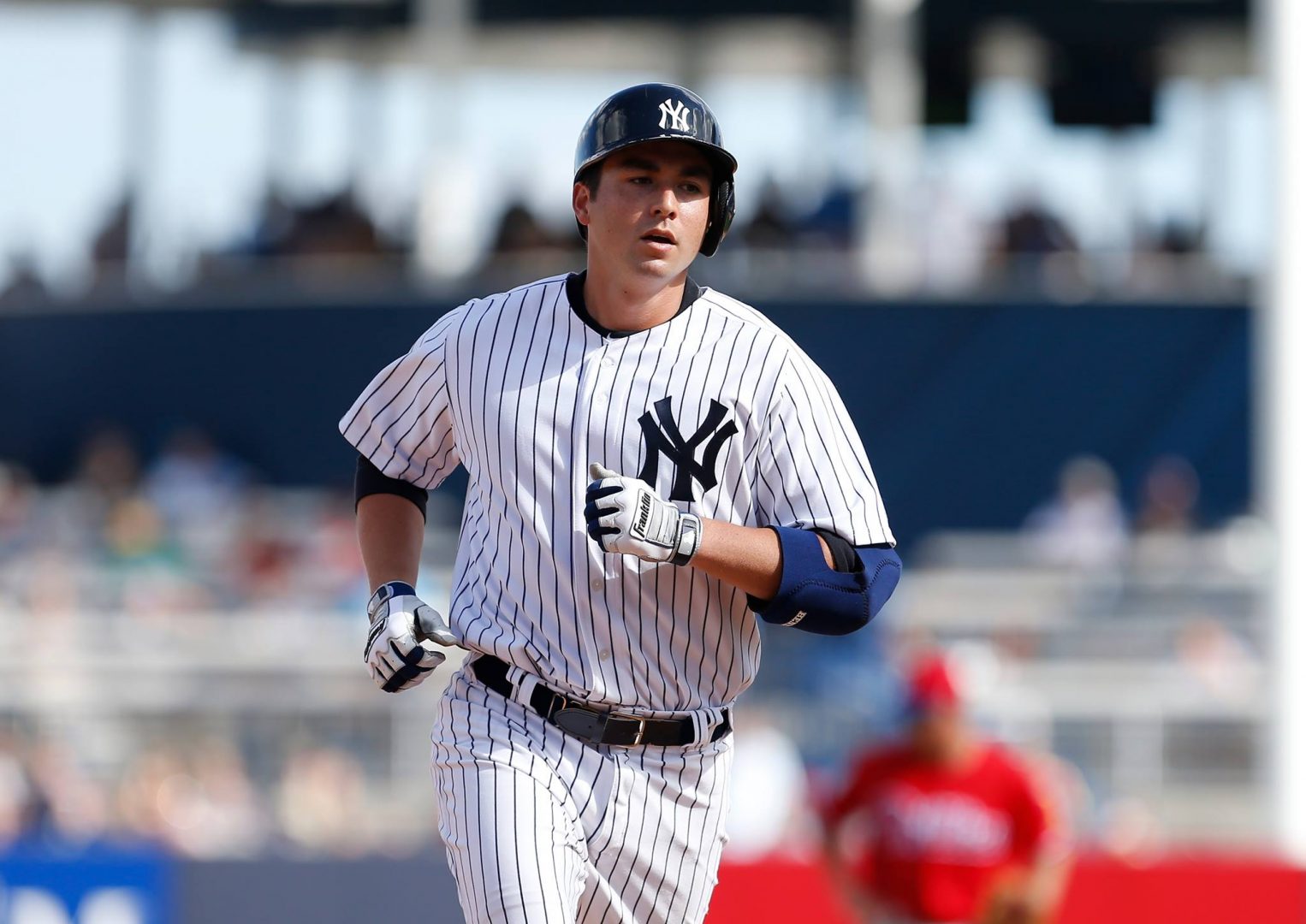 Last week we looked at the top right-handed pitching prospects, top left-handed pitchers and the top outfielders in the New York Yankees minor league system.  Today we continue our look around the farm for the top five prospects at different positions with catchers.

A few years ago, the Yankees had some incredible depth at the position, but recently that depth has dwindled as we have seen guys like John Ryan Murphy and Francisco Cervelli go to other teams as well as Gary Sanchez and Austin Romine graduate to the big leagues.  So which five catching prospects should you keep an eye on this season?  Find out below: 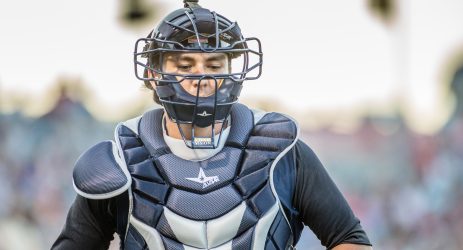 Kyle Higashioka will return to the RailRiders in 2017 and serve as their everyday catcher. (Photo by Cheryl Pursell)

Many prospect watchers have become excited about the prospect of Kyle Higashioka making it to the show, something not usually happening for a 26-year old who just had his first big season last year.  However, Higgy has been one of the prospects with the most upside and had trouble beating the injury bug in his professional career.  The Yankees originally drafted him in the seventh round of the 2008 MLB Draft, but in a nine-year minor league career, he has only played 80 or more games four times.

Higashioka continued his hot hitting in spring training this year, where he hit .296/.406/.630 in 20 games for the Yankees.  This season he will be the regular catcher for the RailRiders. 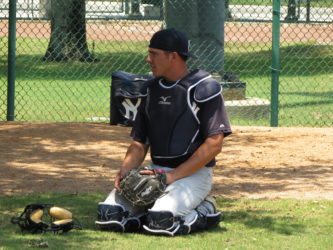 Donny Sands working out at catcher at the Yankees complex. (Bryan Green)

The Yankees have had great success in converting infielders into backstops with guys such as Jorge Posada, Francisco Cervelli, and even Luis Torrens; they are hoping the magic strikes again with Donny Sands.  The 20-year old former third baseman was an eighth-round draft pick by the Yankees in 2015 out of Salpointe Catholic High School.  His bat already has translated well to the professional ranks hitting .300/.371/.366 in 85 games the last two seasons.

Sands will most likely begin the 2017 season with the Charleston RiverDogs, a team he spent seven games with as a third baseman at the end of the 2015 season. After working all off-season with Yankees catching coordinator Josh Paul and putting on some muscle mass, he is ready for the chance to prove himself in his first full season as a backstop.

Torres, 18, was signed by the New York Yankees last signing period and got into 19 games for the Dominican Summer League Yankees where he hit .154/.203/.215 as a 17-year old.  He has been compared to a young Gary Sanchez at the same age, with a plus arm and above-average blocking at the plate.  This season he projects to start the season at Extended Spring Training and move to one of the short-season leagues to make his official United States debut. 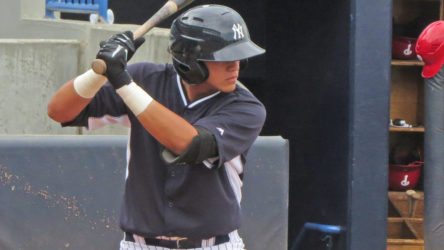 Jason Lopez is a defensive wiz behind the plate. (Bryan Green)

A 19-year old out of Valencia, Venezuela, Jason Lopez is a catcher that could be a guy to watch this season.  He signed an international free agent on July 2, 2014, for $100,000 a small sum compared to others in that class.  He has been highly touted for his defensive skill set behind the plate, and Lopez showed it off in his first season with the Dominican Summer League Yankees where Lopez threw out 45.6% of runners attempting to steal a base in 40 games behind the plate.  He hit .240/.337/.301 in 146 at bats that year with one home run and 19 RBI.

Last season Lopez only played in 11 games for the Gulf Coast League Yankees, hitting .192/.267/.346 in 26 at bats and throwing out 7 out of 15 runners attempting to steal.  This season he could return to the GCL or move up to Pulaski. 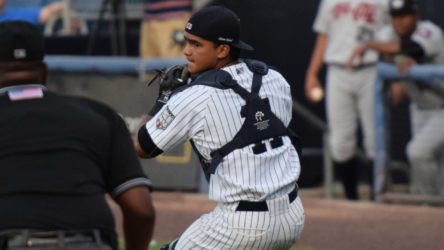 Eduardo Navas is another defense-first catcher the Yankees have in the minors. (Robert M. Pimpsner)

Eduardo Navas, 20, is a catching prospect that not many people would know.  He signed on July 20, 2013, and made his professional debut in 2014.  Navas is another defensive-first catcher hitting just .196/.291/.238 in 144 professional games.  Last season was his best year so far when he hit .231/.317/.275 in 29 games for the Staten Island Yankees.  While Navas has struggled at the plate as a professional, Navas has become a strong defensive catcher throwing out 41% of runners who attempted to steal.  This season he will likely join the Charleston RiverDogs. 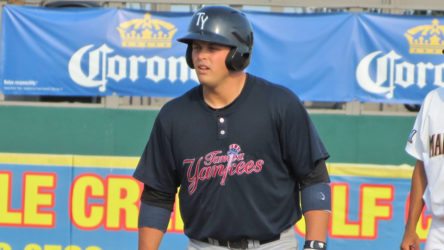 Wes Wilson is a future minor league manager and has already helped younger prospects in the system. (Bryan Green)

Our honorable mentions at this position are Wes Wilson and Radley Haddad, and it is not because they are considered prospects.  Both are older players who have spent the majority of their career in the low minors, but both are leaders on and off the field.  It will not be surprising to see both hang up their cleats and move to a player development role as they have already served as player-coaches, working with younger prospects on their respective teams.