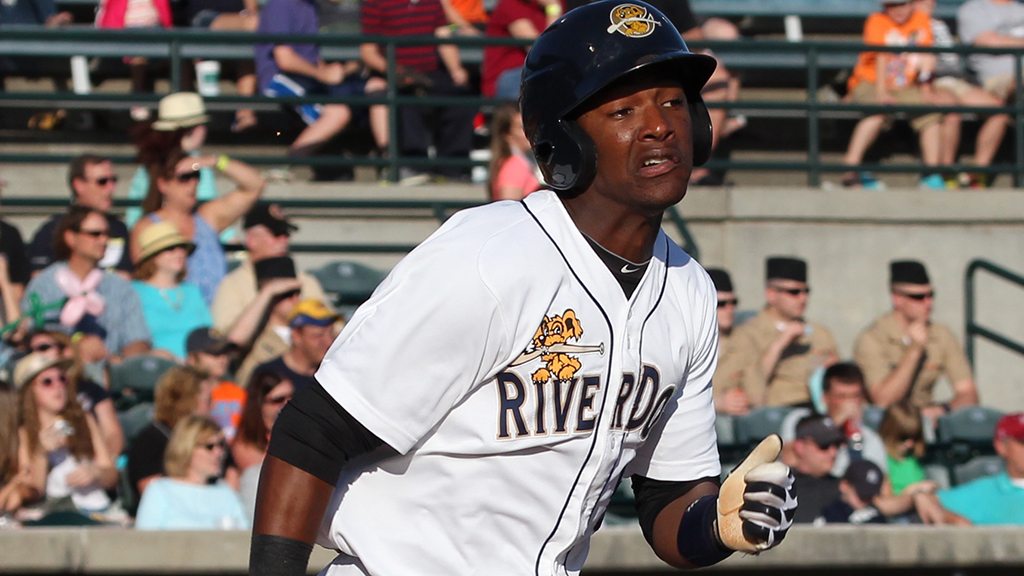 New York Yankees prospect Miguel Andujar really turned some heads in 2014 when he had a big season in his second time around in the Gulf Coast League. He impressed the Yankees brass so much that he earned a promotion to the Single-A Charleston RiverDogs of the South Atlantic League for 2014. Andujar originally signed with New York in July of 2011 at 16 years old and jumped straight to the Gulf Coast League in 2012 to start his professional career.

While guys like Eric Jagielo and Dante Bichette Jr. might get the headlines, Andujar is the top third base prospect in the organization. With plus raw power and the ability to hit for a high batting average he has earned it. He has the chops at the plate to become a major league hitter and poses average running skills on the base paths.

Defensively Andujar profiles as a third baseman as he moves through the system. He poses above-average range and an arm that has earned a 70 on the 80-point scouting scale. As he continues to develop he will sharpen his ability to read the ball off the bat and make better plays at third base.

Look for Andujar to become the everyday third baseman for the Tampa Yankees in 2015.